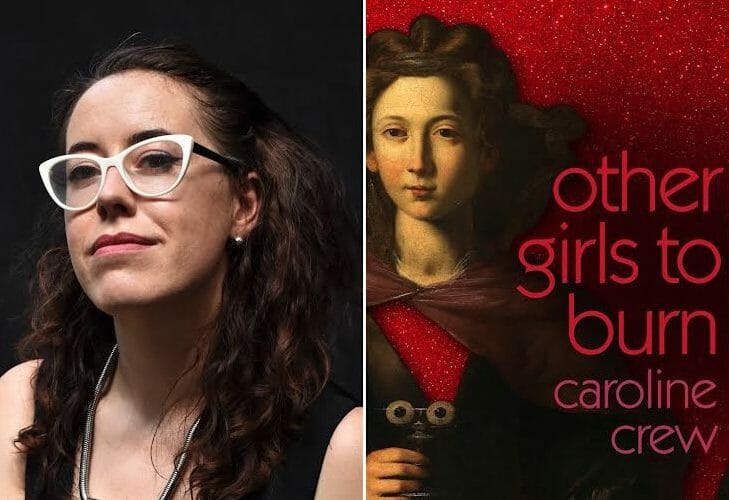 The essays in Caroline Crew’s new collection Other Girls To Burn (University of Georgia Press, 2021) are built with the architectural tools of poetry — lyrical language and line breaks, mythology and metaphor.

Crew presses against the confines of the form to craft pieces that refuse categorization. There are essays in Other Girls To Burn formatted as listicles, as crime-scene reports, some with sentences that read like verse. And that makes sense.

Crew received a Ph.D. in English Literature from Georgia State University this year, and is former poetry and creative nonfiction editor of GSU’s New South Journal. She is currently a visiting professor of creative nonfiction at Warren Wilson College in Asheville, North Carolina.

Crew published her full-length poetry collection, Pink Museum (Big Lucks), in 2015 and has also published several chapbooks, with poems appearing in Poetry and The Kenyon Review, among others. 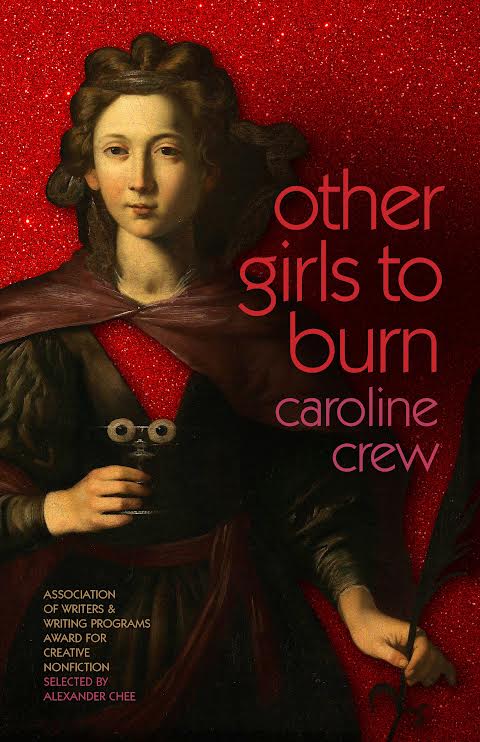 While poetry may be Crew’s first language, her skills as an essayist are on vibrant display in Other Girls To Burn, a collection that nimbly explores the complex relationship between women and violence through the examination of rape culture and mass shootings, through the lens of cultural phenomena such as mixed martial arts and true crime, through the iconography of mythology and mystics.

Other Girls To Burn has already garnered the high praises of celebrated author Alexander Chee, who selected it as the winner of the Association of Writers and Writing Programs Award for Creative Nonfiction. Of the collection, Chee says, “The world turns in Crew’s vision, essay by essay, renewed or revealed in ways only she can provide, all of it brought to us in a voice I’d follow into any topic.”

Crew recently spoke with ArtsATL about writing Other Girls To Burn, finding her own creative salvation in the lives of female saints, and the liberation of looking toward violence rather than turning away.

ArtsATL: Your new collection, Other Girls To Burn, is described as being about this relationship between women and violence, and I’d love to hear how these pieces came together. Was that theme always there, or was it something that revealed itself in the writing?

Caroline Crew: I’m so retrospective that it’s painful. This book honestly started as I started to write the essays, which were a response to my own research materials. I was researching a short chapbook of poems about female saints. And it just turned out that my notes from reading through these archival materials and academic papers were more interesting than the poems I was writing.

It wasn’t until much later that I could see the connections of women and violence in the book. The last essay in the book, “A Case Against Pathology,” is the last essay I wrote, and with that, I had a realization that I was thinking about women and violence. Figuring out the connection to true crime [for the essay] just brought everything together. But yeah, I can’t figure out what’s happened until it’s in the rearview mirror.

ArtsATL: You use a lot of different narrative vehicles to get at this intersection of women and violence. We read about mixed martial arts, the Isla Vista shootings of 2014, but you’re also looking at narrative and historical violence through the lives of female saints and mystics, through the mythological and the spiritual. Can you speak more about that? What draws you to those stories and that imagery?

Crew: I think for me, mystics are a way into history as a woman, especially in terms of the body. I don’t have faith. I wasn’t raised Catholic. I was raised Church of England, but to be fair, I went to a super-medieval church. These [religious and spiritual] images were very around us. My undergrad was at University of St. Andrews, with its very old cathedrals, and it was beautiful. So this stuff, environmentally, was close. 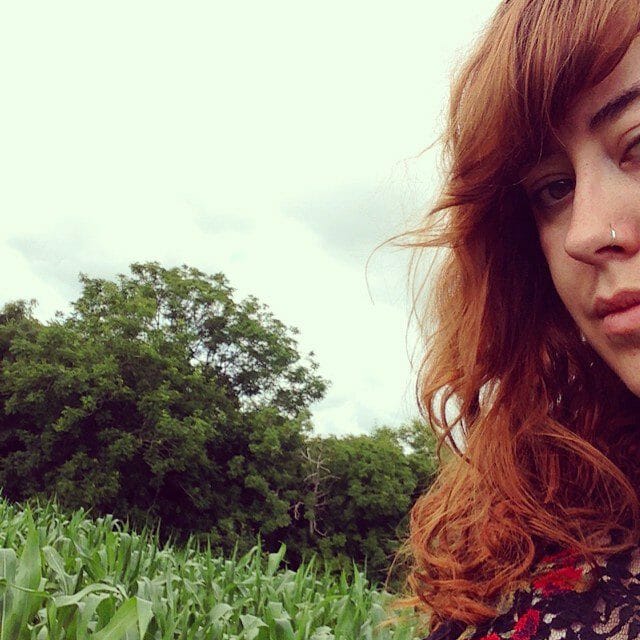 Crew writes that “a dead girl is a narrative inevitability” in true crime stories.

With the mystics for me, it really started with Margery Kempe, who I had to read because I took a specific kind of course in college. I was avoiding taking the Shakespeare class because I had extreme class anxiety, so I took a very boring class called Law and Literature in Early Modern England, which turned out to be amazing. I was introduced to Margery Kempe, this woman who — technically its arguable — but who I would argue is the author of the first autobiography in English, and it stuck in my mind for a long time.

Then beginning to write these essays, especially ones set back in England where I was very much around the physical presence of the histories I’d grown up with, I thought about her a lot — just this person who found a way to express herself within the limits of the time, found a way to make that work. And that kind of tripped off the interests with saints as women who found a way for their voices to be heard within this hyper-patriarchal world, which I just think is magical.

I think that there’s something formally really wild about these women. And I think it was only really in connecting the hagiography to true crime that I did perhaps get a better sense of why I have been so obsessed with these women. Because they do kind of function as conduct literature for me, in thinking about the point of a hagiography, or a saint’s life as kind of like, “This is how one should behave as a woman.”

I think I was looking to these women as writers, considering, “What are ways that you can turn your experience into something that will be listened to?”

ArtsATL: In “A Case Against Pathology,” you metabolize so much of what you’re getting at here. The essay recreates the lives of Christian virgin martyr saints, but you’ve written them as crime-scene police reports, and you  juxtaposed them with transcribed tapes from actual interviews with serial killers. In that essay, you tell us, “That there will be a dead girl is a narrative inevitability. This is the truth that true crime offers, the truth offered by virgin martyr narratives.”

I was so drawn to how these two very disparate things, the lives of female saints and the idea of true crime as a genre consumed by and about women, speak to each other across time.

Crew: I think I did start that piece with a really open mind, truly asking, “What is the attraction to true crime?” I’m still a pretty big true-crime fan. I’m literally teaching a class on it right now. But I’d say I’m less so, honestly, after writing this essay.

But I started very much with, “What is the research on this? Why is there this gender-skewed audience [for true crime]?” And any answer I found just made me really mad. 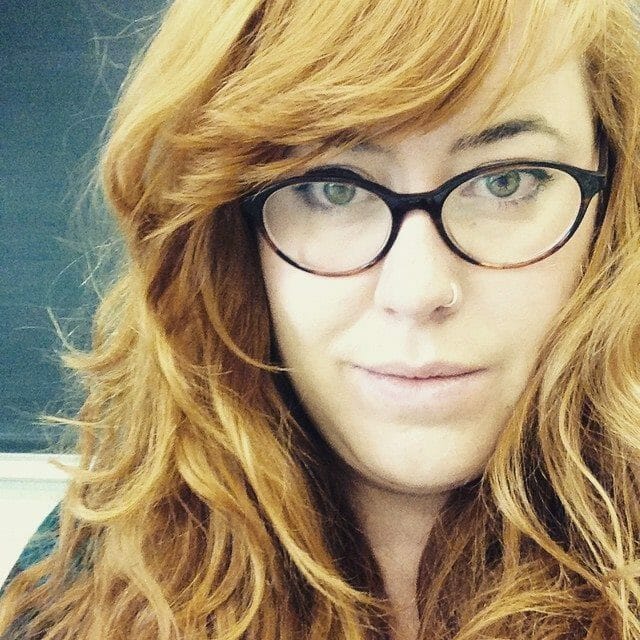 Crew explores the moral value of violence, and why certain acts are considered “good.”

ArtsATL: You also write “Why do women like this? Implicit in this question a disbelief in the compatibility of women and violence.” To me, that really speaks to this ignorant idea that women as victims of violence wouldn’t want to curiously engage with this thing that we are constantly confronting in our lives — that we’re just supposed to accept that these things happen to us and then look away.

Crew: Yeah, it really irks me. I think the idea of violence is both relatable, and also something that’s very hard to name, especially in a gendered sense. Being able to name something as a violence is a hugely political act, and is a hugely privileged act.

To a certain extent, I’m also interested in what the moral value of violence is. I think it’s something we really give a moral weighting, and that is also incredibly gendered. Like, good violence is war, that’s perfectly fine. So how is that different when we are not taking care of those veterans who come home, and are likely to, say, have untreated PTSD? How do we treat violence when it’s named by women as opposed to men, and in what environment?

Like you were saying, it’s this thing that we feel like we should kind of be ashamed to have any engagement with — not just that it has touched us, because that is somehow our fault as women, but that we would want to look at it, that is somehow shameful.

ArtsATL: Right, but looking at it, violence, in all its forms, and naming it, can be a kind of liberation. And for me, and for other readers probably, I think the function, the big purpose of the essays in Other Girls to Burn might be, in part, to help us say, “If this is violence, then maybe this is too.”

Crew: I think so. And I think that’s why I spent a lot of time eating my own tail, because a lot of the violence I tend to name and am really interested in is the violence of text — whether that is histories that have been erased or how we tell a story. Those can be violences, too . . . and it’s something I feel, and am, so complicit in. It’s why narrative is something I’m always very skeptical of.

Beth Ward is a veteran writer and editor. Her work has appeared in numerous publications, including The Rumpus, Hyperallergic, Atlas Obscura, BUST magazine, The Bitter Southerner, Atlanta magazine and Burnaway. She serves on the board of the Georgia Writers Association, and as managing editor for DWF Mag, the editorial arm of Atlanta’s Dream Warriors Foundation.