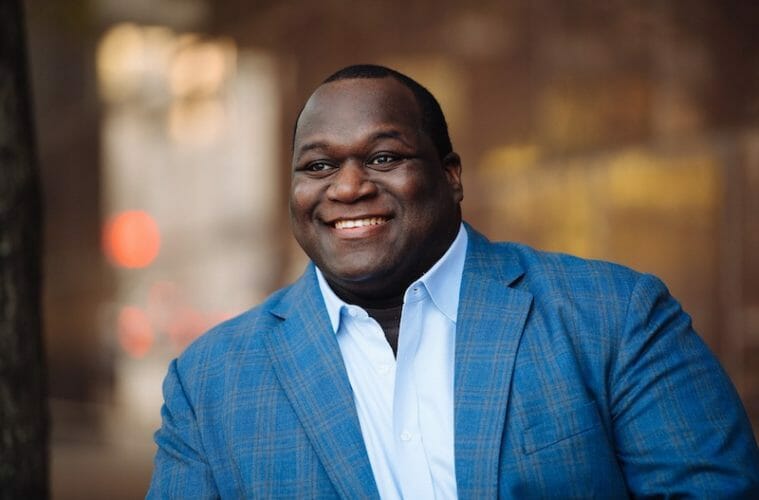 Atlanta native Reginald Smith Jr., one of the world's most renowned baritones, gives a recital Saturday at Morgan Hall.

What to see, do and hear: Reginald Smith, “Hands Up,” Sistagraphy and more

World-renowned baritone Reginald Smith Jr. will perform Saturday at 8 p.m. in a recital at Morgan Hall at Kennesaw State University. Smith, an Atlanta native who has performed with the Metropolitan Opera and was recently featured in The Atlanta Opera’s Pagliacci, is the United States representative at this year’s prestigious BBC Cardiff Singer of the World competition. He will be accompanied by pianist Rolando Salazar. Masks are encouraged, but not required. Tickets are $20.

The Silverspot Cinema in the Battery Atlanta will present screenings of performances from the Metropolitan Opera 2021–22 season. The series will begin this Saturday with the filmed version of the classic Russian opera Boris Godunov. Showings will be at 12:55 p.m. Saturday (livestream) and 1 p.m. and 6:30 p.m. Wednesday (encore showings). Masks are encouraged, but not required. Tickets are $17.42. On October 23, the series will feature Fire Shut Up In My Bones, the Met’s first performance of an opera by a Black composer. The season also includes Cinderella in January, Turnandot in May and Hamlet in June.

Vocalist Nancy Gaddy returns to the Red Light Cafe Saturday at 8 p.m. for a “Sexy at Sixty” celebration with cabaret songs, “a little schmaltz and a lot of schtick.” Gaddy will be joined by music director/pianist Andrew Fazackerley, along with Tim Aucoin on bass and Paul Fallat on drums. Proof of vaccination will be required to enter. Tickets are $15 in advance, $20 at the door.

“The New Black Fest’s Hands Up: 7 Playwrights, 7 Testaments,” on the Alliance Theatre’s Hertz Stage starting October 8, was commissioned in 2015 in response to the fatal police shooting of Michael Brown, an unarmed Black teen, in Ferguson, Missouri. We don’t have to explain why the themes of the seven monologues written by seven Black playwrights have only gained resonance since. The pieces express a diversity of perspectives, representing varying genders, sexual orientations, skin tones and socioeconomic situations. $25–$45 (teens $10). Through October 31. Vaccination or proof of a recent negative test is required. 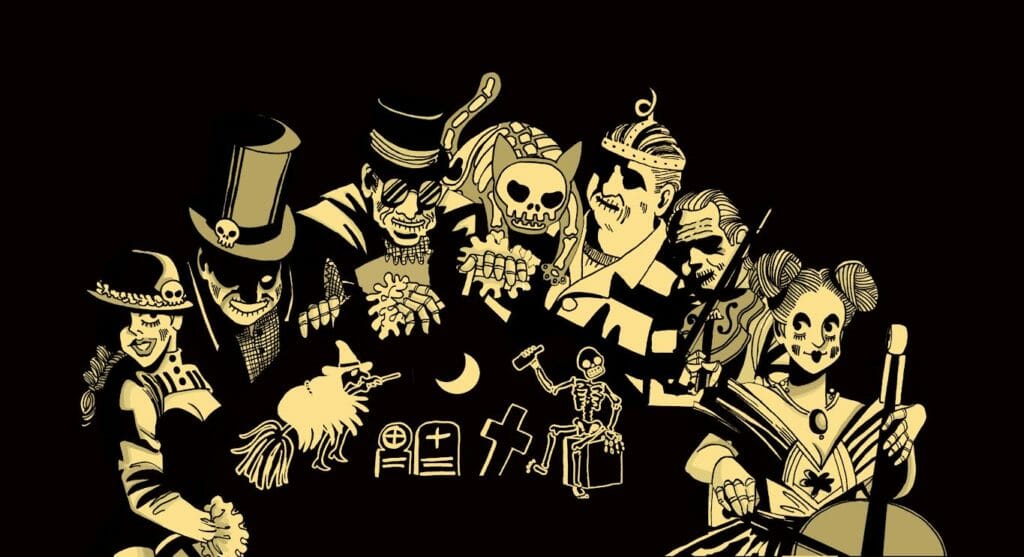 All sorts of specters get unleashed in theaters everywhere in October, but few are as appealing as those that populate the The Ghastly Dreadfuls at the Center for Puppetry Arts. Running October 13–30, the returning show celebrates All Hallows’ Eve with what the center pitches as a “clever combination of ghost stories, catchy music, gothic aesthetic and grim humor.” Proof of vaccination and masks are required. Tickets are $20.

A promising collaboration is launching behind the scenes at Théâtre du Rêve that will bring one of its plays to the silver screen, and you can have a front row seat to view it in its infancy. On Sunday at 3 p.m., the French-culture troupe will workshop the script and present a virtual public reading of its 2019 play Code Noir: Les Aventures du premier Comte de Monte Cristo (Black Code: The Adventures of the first Count of Monte Cristo), based on the life of Alex Dumas, a general in revolutionary France. The Atlanta production outfit Hush Harbor Lab will film the drama this winter, aiming for a release next March. Tickets for the reading may be reserved HERE. Suggested donation: $5–$25.

Experience a new kind of window shopping. Core Dance’s REEL Art presents Movements is created specifically for the storefront windows of the Core Dance Studios in Decatur. Commissioned artists will create video installations, a contemporary art form that combines video technology with installation art, making use of all aspects of the surrounding environment. Christian Meyer is the first artist featured. His work runs through November 14. Free.

The Alternative Realities outdoor photography exhibition by Sistagraphy, a collective of African American photographers, is being installed on the old Atlanta Life Insurance Building at 142 Auburn Avenue. The large scale photographs are part of ELEVATE Atlanta and Atlanta Celebrates Photography, two of Atlanta’s best city-wide festivals which are in full swing this week. October 8-10. Free.

Three Atlanta artists, all women, are among the 55 artists showing at Finster Fest in Summerville this weekend: Mandy Grant, Kristin Replogle and Rachel Campbell. Enjoy Americana music on three outdoor stages from local and national artists such as Abe Partridge and Laura Mae Socks, lots of arts and crafts, artist talks and of course the unique work of acclaimed folk artist Howard Finster. Yes, the Fest is OTP, but it’s a great excuse for a trip to the North Georgia mountains and it’s worth it to see Finster’s four-acre Paradise Garden. Saturday and Sunday, 10 a.m.–5 p.m. Adults $5. Children 16 and under free.

Katarina Janeckova Walshe, born in Eastern Europe, now living in Texas, is having her inaugural solo exhibition Rule of Touch and Move at the Alan Avery Art Company this month. The artist is known for delving into subcultures like the Western cowboy lifestyle and bodybuilding and for her sense of parody in works that address roles of women and their gender-based responsibilities. Through October 30.