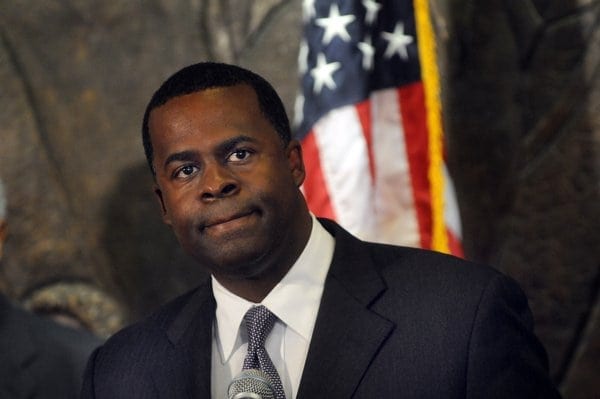 Three weeks after the Atlanta Symphony Orchestra’s management locked musicians out of symphony facilities, Atlanta Mayor Kasim Reed and ASO music director Robert Spano both released statements today that plead for a resolution to the conflict.

“World-class cities have world-class orchestras,” Reed said in a statement to ArtsATL, noting that the Atlanta Symphony Orchestra has released numerous Grammy-winning recordings and has “a reputation for excellence across the globe.”

While no new negotiations are taking place, the musicians agreed earlier this week to work with a federal mediator, as suggested by ASO management. Reed’s senior adviser, Melissa Mullinax, said she is trying to schedule a meeting between Reed and Spano, and perhaps representatives of the musicians, next week.

While Reed acknowledged that the ASO is facing significant challenges — diminished financial support for orchestras from both public and private funding sources — that have forced many orchestras across the country to cut costs and adjust their operating models, he appealed for musicians and management to work together.

“Tough negotiations do not have to result in a strike or lockout,” Reed said. “I urge both sides to return to the bargaining table, realizing that the ASO’s financial solvency and musical excellence are intertwined, not opposing forces. A protracted lockout is not good for the ASO and not good for Atlanta.”

Spano, who has become active in his support for the musicians in recent days, was at Woodruff last night for the protest and released this statement to ArtsATL Friday morning:

“I am a proud Atlantan. I have made my home here since 2001 and have loved the vitality and aspiration of my adopted city. I have also had the privilege and honor of being at the helm of one of the great musical institutions of our country.

“The excellence that defines the Atlanta Symphony Orchestra is rich with tradition: the profound legacy of Robert Shaw, a celebrated recording history — including 27 Grammy Awards — a historical and ongoing commitment to new and American music, path-breaking theatrical presentations, the Atlanta Symphony Youth Orchestra and Talent Development Program, whose alumni are testament to their importance, and standard-setting performances of the choral-orchestral repertoire with the legendary Atlanta Symphony Orchestra Chorus. If this dynamic cultural institution is lost, it will be a blow to the musical life of our country and to music lovers everywhere. More importantly, for Atlantans, it will be a tragic loss for our city.

“In the life of any great city beats the heart of a vibrant culture. The ASO has been a cornerstone of Atlanta for decades. Now we need no longer only imagine our city without the ASO. Concerts are currently canceled, and the brilliant and talented musicians who are the lifeblood of our orchestra are locked out. Many [musicians] have dispersed to seek employment elsewhere.

“As Atlantans, we must rise to the challenge of supporting and sustaining this treasure at the level of excellence we have known and are deservedly proud. The erosion of cultural life is a sure sign of the decay of civilization. But crisis can lead to opportunity, and ours is now. We can be the ‘shining city on a hill.’”