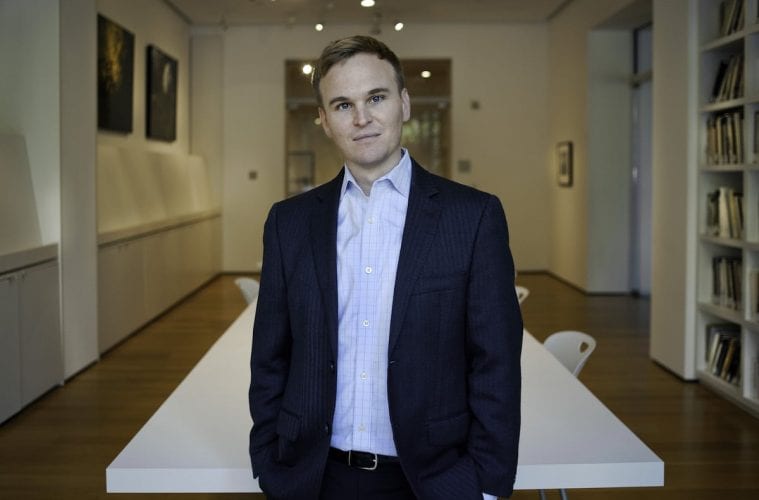 Breaking News: Brett Abbott leaving High Museum to become the Director of Collections and Exhibitions at the Amon Carter Museum of American Art

Brett Abbott, the Donald and Marilyn Keough Family Curator of Photography and Head of Collections at the High Museum of Art, has announced his resignation. He will be moving to become the Director of Collections and Exhibitions at the Amon Carter Museum of American Art in Fort Worth, Texas, beginning late October. At the Amon Carter Museum Abbott will be responsible for leading four departments, including curation, conservation, exhibition design and preparations services and registration.

“In this new role, Brett will bolster the museum’s devotion to the acquisition and preservation of American art, and the installation of exhibitions that inspire and challenge our diverse audience,” says Andrew Walker, director. “We are delighted to welcome him to Fort Worth and the Amon Carter.”

“I’m honored to be joining the talented team at the Amon Carter, and excited to begin working with the museum’s superb collection and exhibitions program,” says Abbott.  “The institution is a tremendous resource for its community and has demonstrated a strong history of excellence in everything it pursues; I look forward to participating in the continuation of that direction in the years ahead.”

The High Museum began acquiring photography shortly after opening its Memorial Arts Center building 1968, but it wasn’t until a decade later that late director Gudmund Vigtel, began to significantly develop the collection in response to community interest. In an interview in 2014, Abbott described the High’s photography program as the “largest and fastest-growing division at the museum” and “the most robust in the Southeast.” The High’s photography collection is most known for its American 20th- and 21st-century and Southern works, including holdings of Harry Callahan, Clarence John Laughlin, William Christenberry, Ralph Gibson, Richard Misrach, Walker Evans, Peter Sekaer, Abelardo Morell and Wynn Bullock. Abbott’s honors include the 2012 Ansel Adams Fellowship from the Center for Creative Photography for his research on Wynn Bullock, the 2010 Lucie Award for Curator of the Year for the landmark exhibition Engaged Observers: Documentary Photography Since the Sixties at the Getty Museum and the 2007 Lucie Award for Curator of the Year for his work on Edward Weston, also at the Getty Museum.

Abbott, who came to the High Museum in 2011 after serving as the associate curator of the department of photographs at the J. Paul Getty Museum in Los Angeles, succeeded in acquiring more than 2,000 prints during his tenure at the High. In the spring of 2014 Abbott worked with philanthropist and photographer Lucinda W. Bunnen to establish the museum’s first dedicated space for photography and received a number of major gifts, including a $2 million endowment from the Donald and Marilyn Keough Family to endow a permanent curator of photography position. Additional support was received from Paul Hagedorn and from the Yellowlees family.

During his time at the High, Abbott also organized a number of notable exhibitions, including a retrospective of Wynn Bullock’s work, which showcased classic works alongside lesser-known color abstractions. ArtsATL critic Anderson Scott stated in his review of the show, “The High is to be commended for tackling his work in all its complexity.” And in October the High will be the first museum in the United States to present new works from German photographer Thomas Struth. The touring exhibition, which opens on October 16, will feature more than 30 works by the renowned artist.

Abbott received his Master of Arts in art history from Williams College in 2002 and his Bachelor of Arts in the same field from Stanford University in 2000. Prior to his work with the Getty Museum, Abbott served as a curatorial intern in the department of photographs at the National Gallery of Art, Washington, D.C. (2001), where he conducted research for the bibliography and introductory essay of Sarah Greenough’s Alfred Stieglitz: The Key Set: The Alfred Stieglitz Collection of Photographs. Abbott has also held roles at the Williams College Museum of Art (2000–2001) and the Santa Barbara Museum of Art (1999).