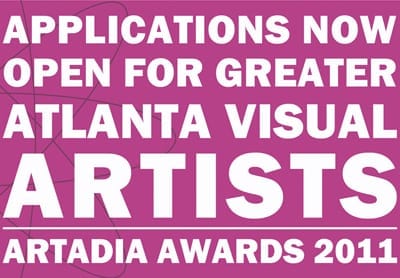 Artadia: The Fund for Art and Dialogue, a New York-based organization that operates a national network of support for working artists, has announced the 15 finalists for its 2011 Atlanta awards.

Artadia partners with local philanthropists to raise the money for the awards. Support for this cycle came from the Judith Alexander Foundation and the LUBO Fund, and from individual contributors led by Artadia board member Louis Corrigan, in addition to Robert Brawner, Paul Hagedorn, Nancy and Gene Hooff, Lauren and Tim Schrager, an anonymous donor and New York board member Marie Samuels.