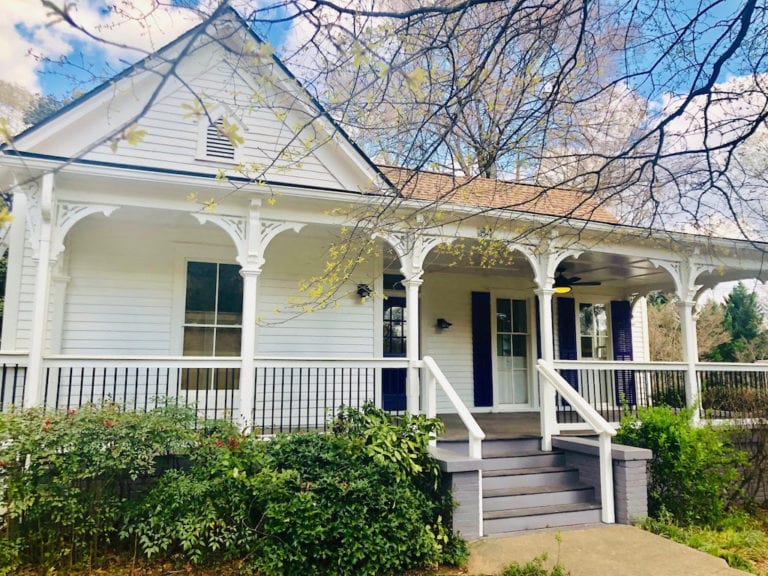 Charis Books and More has temporarily closed at its new location at Agnes Scott College in Decatur but is offering many online services. (Photo by Nneka Nwaobi)

Each Friday, we’ll round up our top literary picks for the week ahead – from author events and book signings to spoken word open mics, story times for your little ones and more.

Charis Books, the city’s favorite (and only) feminist bookstore, has officially moved from Little Five Points to its new location at Agnes Scott College (184 S Candler St, Decatur, 30030). The official grand reopening party and ribbon cutting will take place on Independent Bookstore Day on April 27, but the new store is open for business as of April 1.

Atlanta-based author, poet and playwright R. Cary Bynum joins actor and director Brenda Bynum for a night of poetry and prose, presented by Georgia Center for the Book. Both will read works from Bynum’s previous collections, Woodhall Stories, Sea Vigil and The Chinaberry Tree. R. Cary Bynum will also be reading from his most recent collection, Night Streetcars: City Poems/Poems Beyond.

Atlanta History Center. Ruth Reichl in conversation with Kim Severson, Save Me the Plums. 7:30 p.m.

Ruth Reichl is one of the most esteemed food writers and restaurant critics of her time. In this conversation with journalist Kim Severson, Atlanta bureau chief of the New York Times, Reichl discusses her latest book, Save Me the Plums — an intimate account of her groundbreaking work as editor-in-chief of Gourmet magazine.

Join Little Shop of Stories at Agnes Scott College for an evening of “magic and moderated conversation” with actor Neil Patrick Harris. Harris has just released the second in his New York Times bestselling book series, The Magic Misfits: The Second Story, to wide acclaim. Folks who purchase tickets for this event will received a pre-signed copy of Harris’ book and a raffle ticket, which enters fans into a drawing for the VIP meet-and-greet with Harris after the event.

*This event is sold out, but as of 3/27, there was still a waiting list available.