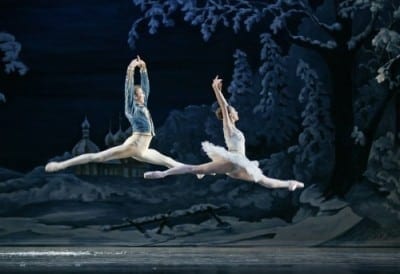 Some critics are arguing that “The Nutcracker” is stifling American ballet — read a pro and con on the subject — and that it’s time for the old chestnut to retire. Clearly, they haven’t seen Atlanta Ballet perform artistic director John McFall’s version. The lavish story ballet runs through December 27 at the Fox Theatre. I saw — and can recommend — Cast A, which performed last Thursday.

There’s much ado in Atlanta about this year’s 50th anniversary of “The Nutcracker,” because Atlanta Ballet was the first company outside of New York City Ballet to produce George Balanchine’s widely influential 1954 version. But what we experience today is John McFall’s version, performed on the Fox Theatre stage since 1995, and it makes Balanchine’s look spartan by comparison. Peter Horne’s resplendent sets (aided by scenic artist Michael Hagen) seem to be born of the Fox Theatre’s opulent architecture. The theater’s Moorish patterns flow naturally into the scenery’s vibrant Russian onion domes and minarets. Judanna Lynn’s intricately patterned, richly colored and textured costumes stand countless viewings without losing their luster. 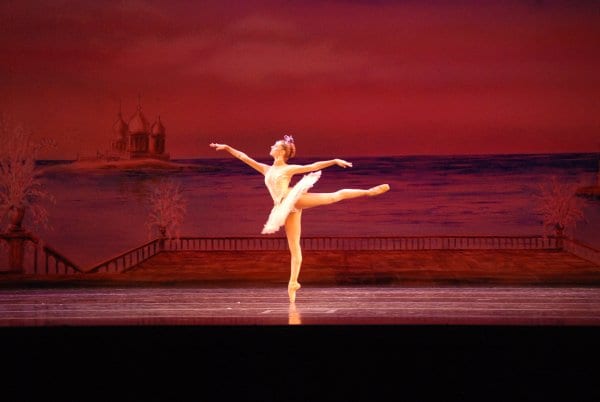 But what makes this “Nutcracker” a timeless gem is McFall’s gift for storytelling. Heightened by David J. Tatu’s lighting, the story is richly detailed and tightly knit. There’s variety in movement style, yet the ballet embraces and celebrates classicism. This year, McFall’s updates have strengthened the story and have challenged the dancers, bringing out their honesty, freshness and vigor. There’s nothing old or worn out about it.

The production’s vitality owes much to McFall’s organic way of linking steps. Stylistically, he doesn’t depart radically from the classical tradition (except for a few hip-hop moves thrown in), but his phrases are neither as static nor as square as the 19th-century danse d’ecole.

There’s less repetition in McFall’s phrases. They lilt through luscious, open lines that keep the body in motion, shifting directions as choreography swells, dips, unfurls and reaches out in conversation with Tchaikovsky’s music.

And there’s masterful storytelling — stories within stories, foreshadowing, blurred lines between fantasy and reality. There are ties between Act I’s party scene and Act II’s dream, where each element in Act II — from the Chinese, Arabian and Russian characters to the Blue Boy-frocked shepherdess and her tail-wagging sheep — refers back to an element in the party scene.

This year’s production is more vivid and cohesive due to the casting of a professional company dancer, the tiny, ebullient Peng-Yu Chen, as young Marya. Peng-Yu looks and acts like a girl, but she has the technical skill, energy and consistency of a pro. There’s no longer a need to split the role between a child performer in Act I and an adult dancer in Act II.  And frankly, Peng-Yu can do so much more than a 12-year-old. She bravely battles and fatally wounds the menacing Rat King, even as she’s horrified at the sight. Later, Marya dances right along with the Sugar Plum Fairy (Kristine Necessary) whose solo variation becomes a charming duet.

It would be impossible to enumerate the story’s details, the choreography’s range of qualities, with so many fresh individual performances as dancers cycle through increasingly challenging roles. Nonetheless, Necessary and her Cavalier, Christian Clark, dance a grand pas de deux that is a victory over the body’s physical limits and a testament to the transformative powers of classicism. From the slow, controlled adagio, with unbelievably long balances en pointe, to the coda — where Necessary cascades through a series of traveling turns and Clark zips through multiple pirouettes and elevated jumps with a boyish grin — it’s a triumph for Atlanta Ballet and its school.

Atlanta Ballet’s “The Nutcracker” is a classic. Masterfully built, it has room now for variation and play. There’s no real need to alter a thing — but the small changes keep it fresh.