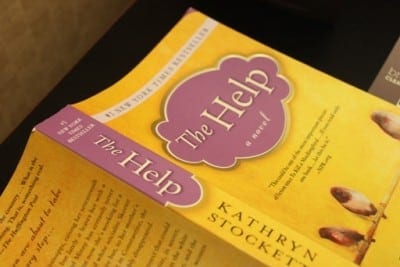 Kathryn Stockett’s “The Help”: “Americans are not comfortable talking about race”

Author appearance: Kathryn Stockett will appear at Barnes & Noble Buckhead (2900 Peachtree Road) at 7 p.m. Thursday, May 20, for a reading, Q&A and book signing.

When I was in the third grade in Englewood, New Jersey, newly arrived from India, a boy who sat behind me in class, Andre, got into the habit of asking me the same question every day: “Are you black or are you white?” It shocked me that he thought I could belong to either group when I felt so utterly foreign and out of place in America. “Neither,” I said. “I’m Indian.” But Andre would shake his head, refusing that answer. “I’m brown!” it finally occurred to me to say.

“No! No!” Andre seemed to find “brown” a bogus response too. Evasive. “You got to choose: Are you black? Or are you white?” It was 1969 and Andre was black and obviously aware of living in a divided society.

Atlanta writer Kathryn Stockett’s best-selling novel “The Help” takes us back a few years before that, to an even more insular and virulently segregated culture, Jackson, Mississippi, circa 1962. When a young white liberal college graduate, Skeeter Phelan, embarks on a mission to record the secret histories of black housekeepers, mainly to realize her career ambitions as a writer, the old servant-master relationship is difficult to overcome.

Stockett is astute in describing the profound psychological gap between blacks and whites — the haves and have-nots. When Skeeter arrives in the maid Aibileen’s all-black neighborhood, seeking an interview, Aibileen observes a child’s response to the white woman in their midst: “A red ball roll a few feet in my yard. The little Jones boy run across the street to get it. When he see Miss Skeeter, he stop dead. Then he run and snatch it up. He turn and dash off like he scared she gone get him.”

No violence is perpetrated, no threats made, no haughty gesture — just a frizzy-haired white girl appearing in the flesh where whites are never seen. But the boy’s response is imprinted with the fear of people used to being on the receiving end of white power and brutality. When Skeeter drives away in her grand Cadillac, Aibileen notes: “I just stay there, watch while she roll real slow down the road. The boys playing ball clear the street, stand on the side frozen, like it’s a funeral car passing by.”

Even if Stockett’s characters, as deeply felt as some of them are, are easily divided between good and bad — those to cheer for and those to boo — her writing is charmed with original metaphors and impressive mimicry. Whether or not you know voices like those of the two black maids who tell their own stories interspersed with Skeeter’s privileged life, you believe in them through their unique power of speech, brightened with comedy that gives the story mass appeal.

Stockett was recently on tour again, promoting “The Help” out west, and I had a chance to speak with her by phone. We chatted about her novel, the “New South,” and how the racial divide has evolved in her eyes.

PKH: Why has “The Help,” which is such a Southern book — rooted in the society of Jackson, Mississippi, in the 1960s — struck such a chord across the country?

Kathryn Stockett: You know, I have no idea. I don’t think there is any secret ingredient to fiction. I usually get one of two responses. Southerners will tell me, “Oh my gosh, I identify with this book because you wrote my childhood.” I brought back memories for them. Or if they’re from the Midwest or the North, they say they had no idea this was going on, and they felt like they got to peek through a window, looking at a time that they didn’t know existed. It’s one of two responses, and I don’t mean to categorize them as North and South. It’s just whether or not you grew up cognizant of this lifestyle or not.

PKH: Have you been traveling outside the U.S. for your book?

Kathryn Stockett: My European tour was canceled because of the volcano. It’s been rescheduled for June. I start in Holland, go to the U.K., and then go to Ireland. It’s about all I can handle right now.

PKH: You live in Atlanta now. How long have you been here and what brought you here?

Kathryn Stockett: I grew up in Mississippi. After college at the University of Alabama, I moved to New York and I was in New York for 16 years. That’s where I met my husband and had my daughter. We arrived in Atlanta coming up on three years now. We were used to a gentler lifestyle and we wanted to raise our child in the South. We’re so fortunate because we’re in a part of Atlanta where we have a racially diverse public school, and we’re thrilled that Lila is a part of that.

PKH: In your book you write about the Old South. Atlanta is considered a shining city of the New South. What’s your personal take on Atlanta society today? Do you find there is a lot of mixing between the races? And now there’s also a whole new component of immigrants in the South, in Atlanta.

Kathryn Stockett: I love it. It’s so diverse. It’s kind of transient. You’ve got the best of both here. You get people that are in and out. And people whose great-great grandparents have been here. It makes for an interesting society. It makes for interesting dinner parties for sure — the New Guard and Old Guard mixing together.

PKH: And what about in terms of race? Do you feel there is a lot of racial mixing here?

Kathryn Stockett: I’m not a sociologist and I’m not an anthropologist. We’re just an old liberal family. We don’t give it much thought. We just live our lives. And I don’t know that I’m qualified to answer that question.

PKH: One thing I admire about your book is that, though it’s a social comedy in part, it tackles the issue of race pretty frankly. For instance, the young white heroine, Skeeter, recalls playing with two black children as a girl, saying, “They were so black I couldn’t tell them apart and called them both just Mary.” This is not a politically correct thing for a white person to say. But it seems an honest admission of what a white child might have felt, perhaps influenced by her elders’ ideas about black people. And yet, in American society there appears to be a reluctance to look at race. For instance, the British edition of your book has a picture of two black nannies and a little white child on the cover. The American book cover shows three birds perched on a line. You wouldn’t guess from the picture of birds that your book has anything to do with race. Do you think America has really confronted the racial issue? Could the British cover have been used in America?

Kathryn Stockett: Americans are not comfortable talking about race. The U.K. was able to put a much more racially cognizant cover on because they’re not so sensitive about the subject, as I understand it. And they’re also talking about someone else. You know what I mean? We’re very self-conscious about the subject. If we were talking about the racism of, say, India, then maybe we could have put something relevant on the cover. They picked a cover [for the U.S. edition] that had absolutely nothing to do with the book. And I think they did it on purpose.