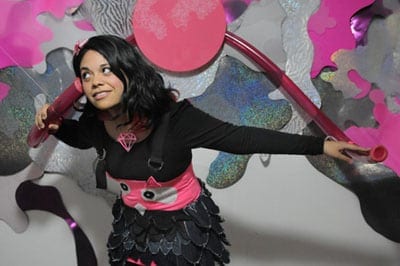 The Forward Arts Foundation has announced that Lucha Rodriguez has won the 2010-11 Emerging Artist Award. The award is presented each year to a talented Atlanta artist who has had no major solo show and is not connected with a commercial gallery.

Born in Caracas, Venezuela, Rodriguez earned a BFA in graphic design from the Art Institute of Atlanta in 2006 and an MFA in printmaking from the Savannah College of Art and Design in 2010.

The other finalists — Meg Aubrey, Chung-Fan Chang, Hope Hilton and Dorothy O’Connor — will each receive $2,000 and show a piece at the gallery in August.