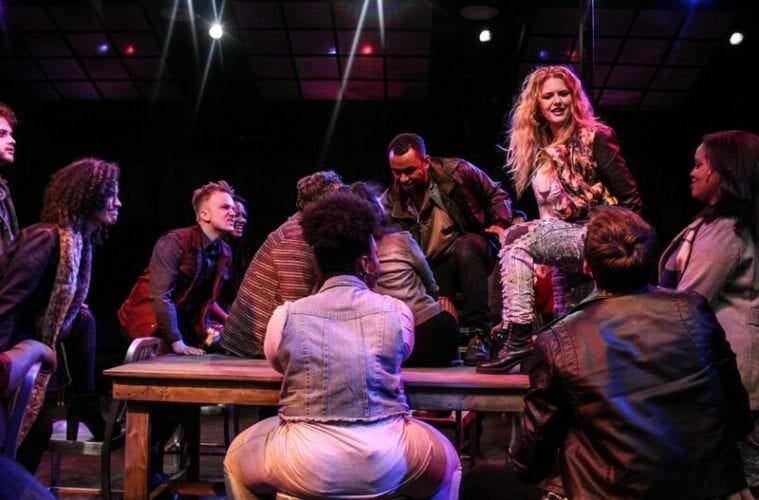 Jennifer Alice Acker (right, atop table) in the musical "Rent" at Actor's Express in 2015. (Photo by BreeAnne Clowdus)

The biography section of Jennifer Alice Acker’s website starts like this: “I’m an actor, director and singer based in the ever-vibrant ATL GA. Fiercely loyal and dedicated to the Atlanta arts scene, by day I help run a music school called Eclectic Music and by night you’ll find me producing, directing and acting around the stages of Atlanta.”

You may have seen Acker in the musical Nobody Loves You at Horizon Theatre, in Rent and Sweeney Todd at Actor’s Express, or in Othello and Titus Andronicus at the Shakespeare Tavern Playhouse, among many others. Last fall she directed MAC | BETH at Synchronicity Theatre. 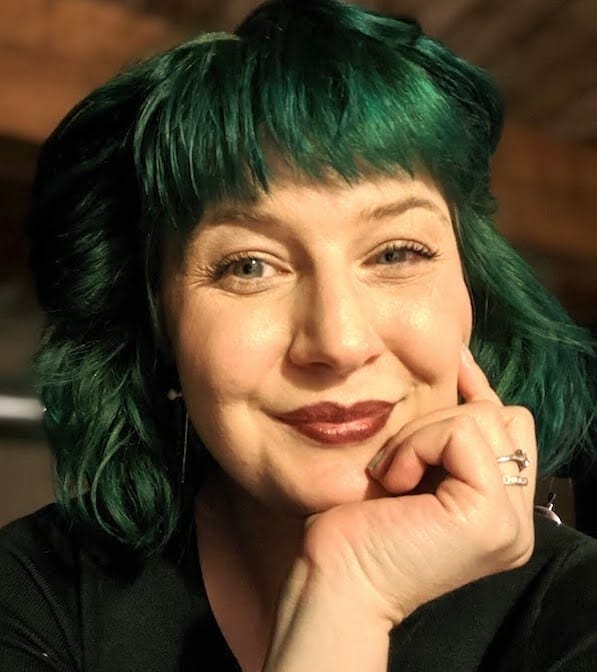 Atlanta actor/director Jennifer Alice Acker — a bit of a chameleon — has had blond, brown, pink, green and blue hair.

Her most recent gig is as a 32-year-old woman with Covid-19, a role she did not audition for or want. She’s now almost three weeks removed from her sickest days and feeling much better but still coughing, still experiencing shortness of breath and still getting easily fatigued. She’s up by 9 a.m. most days and back in bed by 9 p.m.

She’s married to fellow actor Brandon Partrick. They share a Cabbagetown loft with their rescue cats Ludo (aka Baby Cat) and Luna. “The second I had symptoms he moved into the guest bedroom and I quarantined in our bedroom,” Acker says of her husband. He brought her food, while keeping his distance, and they used lots of Lysol. Partrick has just been furloughed from his day job and recently lost a $6,000 print ad.

Even while sick, Acker found it hard to slow down. She reached out to anyone she’d seen in the two weeks beforehand to make sure they knew they might have been exposed. From her bed she helped Eclectic Music move its lessons online. The company employs a teaching team of 30 independent contractors. And now, as the symptoms ease a bit, she’s spending three or so hours a day volunteering with the Atlanta Artist Rescue Fund. Her title: “strategy kween.”

She and Partrick negotiated some rules to make sure they can coexist healthfully in a time of high stress. He insists she take a lunch break every day and check in with a Covid-19 hotline once a week. They sanitize diligently. Partrick’s lone grocery run in 15 days was done via pickup. He wore gloves and a bandanna as a mask; the grocery worker loaded the bags into the trunk. Everything was sanitized when Partrick got home.

Acker says she has absolutely no idea how she got Covid-19 which, for her, began with chest warmth and tightness that she disregarded as anxiety. By the next evening she was so tired, she says, she couldn’t think. “Brandon asked me what I wanted for dinner and I couldn’t answer,” she says. 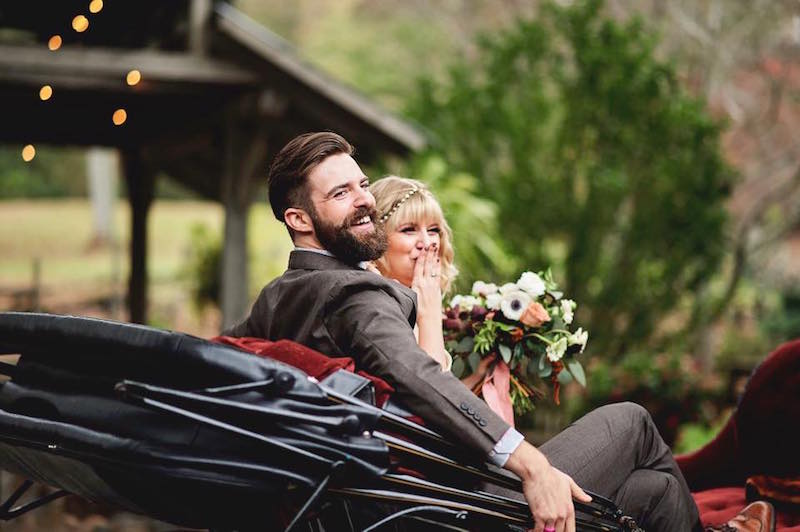 By March 13, she had joint aches, a bad fever and chills. She took three or four hot baths that night because she was so cold and went through several changes of pajamas. Next, she lost her ability to taste and smell and felt nauseated. Then the shortness of breath hit.

“It was pretty hard on my body, and I have no pre-existing conditions and I’m fairly healthy,” she says. “At the peak of it, if I walked across my bedroom I’d have to lay on my back on my bed for five minutes to catch my breath.”

Acker is much closer to being well now, but the experience opened her eyes enough to prompt a lengthy Facebook post. She agreed to let ArtsATL share it. It has been slightly edited, mostly to clarify dates and names.

ABOUT [THREE] WEEKS AGO I had some chest tightness. That developed into extreme fatigue, fevers, chills and shortness of breath. Then (the weirdest thing) I pretty much lost all taste and smell. A little later the deep and extremely dry cough came along with some mild nausea and GI issues. And did I mention the EXTREME fatigue? I had every symptom of Covid-19 (and some that weren’t even listed as symptoms at the time, but are now — like the taste and smell loss). 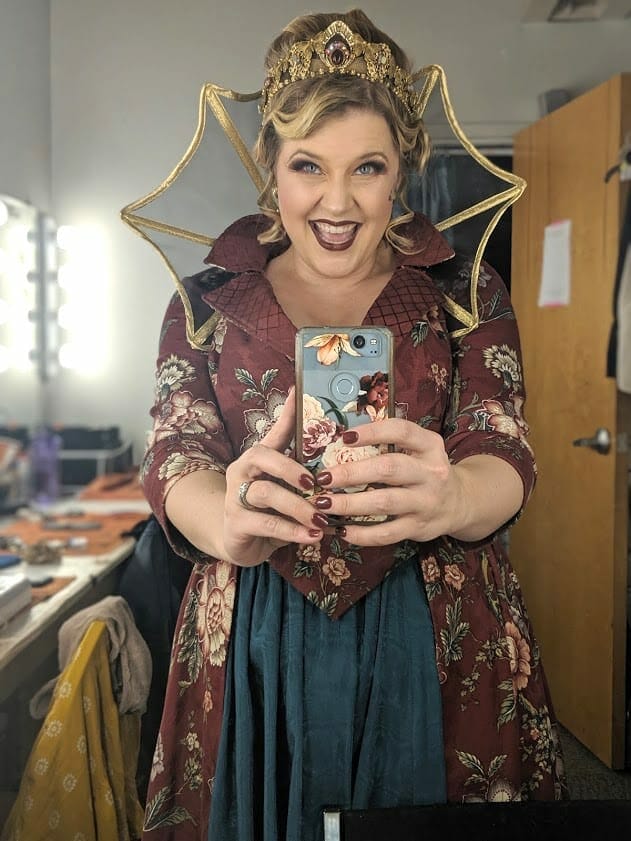 A backstage shot from “Head Over Heels,” The wild Go-Go’s musical staged at Actor’s Express in the summer of 2019. Jen Acker played Gynecia. (Photo by Casey Gardner)

I was denied testing three times. I was told that Georgia didn’t have enough tests and I was a young individual with no pre-existing conditions. The course of action: Stay home and recover and don’t flood the medical system. Glad to do that, to do my part, I stayed home and monitored my breath religiously. At one point I was down to being able to only inhale for a four count. I decided if I ever got down to three seconds, I was going to the emergency room. Thankfully ,we never got there. I’m up to a seven-second inhale now, and grateful for every second!

But it was during this week in bed, and repeat calls to hotlines and the health department, that I realized the numbers being reported are grossly inaccurate. At the time I first called, the reports were saying there were less than 50 presumed/confirmed cases in Georgia. No one took my name and information. No one recorded that I was reporting symptoms. I was not a “presumed” case. This thing was already out there en masse, and there is no doubt I had it. This was not a flu. This was an illness unlike anything I’ve experienced before. The symptoms were strange and came in waves. My case was not reported. It still isn’t. Neither are the numbers of the four other people I personally know who most certainly had it. Neither are the numbers of the four or five people you probably know who most certainly have/had it. 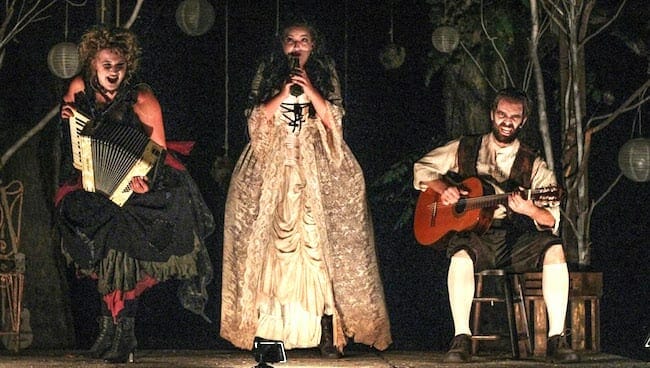 After about the first five days, I am relieved to report I got much better. But I would still be exhausted and mostly bedridden for about five more days. From my bed, I read the social media posts sharing a lack of accurate information, watching people (at that time) riding it off. Calling it a flu. Making fun of “extreme measures.” I felt completely helpless. And sick.

It was from my bed, feeling helpless, that I reached out to Paul [Glaze] and Rob [Brooksher] about their Atlanta Artist Relief Fund, to see how I could help. I am so grateful they let me join this initiative from my bed while I was still on the mend. I am so grateful they gave me an opportunity to do something, to feel hope, at a time when I was feeling most helpless, worried and frustrated with what was happening to me personally, how our government and media were failing us, and how our people were being misled.

“I am grateful to be mostly on the other side (this cough is a b*$%@, y’all) and still being able to help provide ideas, strategy and build infrastructure with this team and with our community.

Stay safe, stay inside and wash your hands often. This too shall pass.