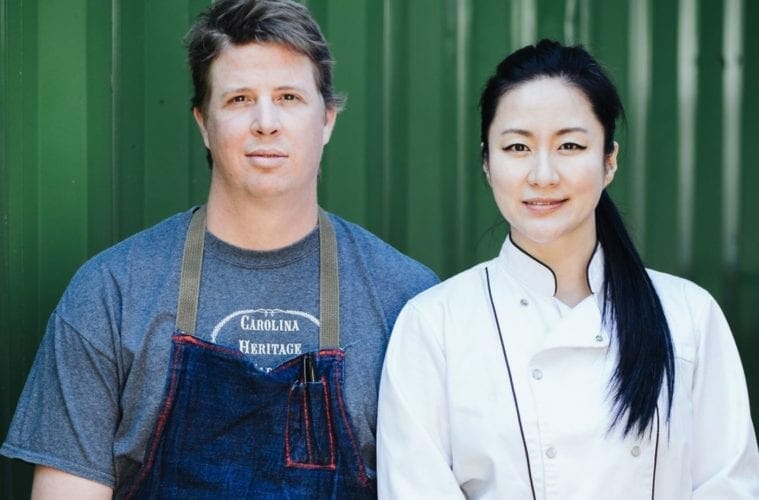 Heirloom Market chefs Jiyeon Lee (right) and Cody Taylor. Lee was a pop star in South Korea before she moved to Atlanta.

The Indigo Girls is one of many Atlanta music groups that had tours cut short by the novel coronavirus pandemic. The release date for the Atlanta folk duo’s new album, Look Long, has now been pushed back to May 22. In the meantime, Amy Ray and Emily Saliers performed a live living-room concert Thursday on Facebook. In this excerpt, they play a charming version of the classic “Mona Lisas and Mad Hatters” by part-time Atlantan Sir Elton John.

Put a spring in your step with the Jimmy Herring Band’s “Matt’s Funk.” Herring, who came to fame as a member of Colonel Bruce Hampton and the Aquarium Rescue Unit and now mans the guitar chair for Widespread Panic, has become one of the most acclaimed guitarists of his generation. This 2012 performance features Herring with fellow Aquarium alumnus Jeff Sipe on drums, Matt Slocum on keyboards and Neal Fountain on bass. On this track, they take a trip to the bayou for some New Orleans funk.

Before she became a chef and moved to Atlanta to open Heirloom Market BBQ with husband and co-chef Cody Taylor, Jiyeon Lee was a K-pop star in her native South Korea under the stage name Lina. She also performed in Korean versions of stage musicals. Late this week, she posted this soft and lovely version of a song well worth remembering as we adjust to our new normal: Carole King’s “You’ve Got a Friend.”