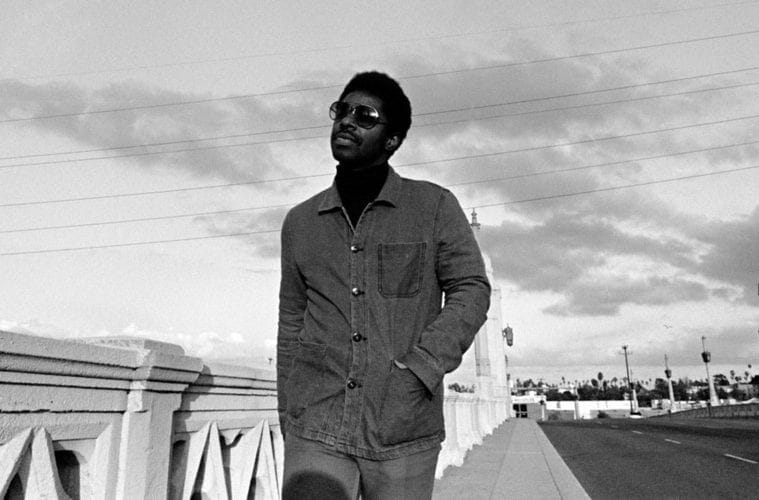 It’s been 50 years since Marvin Gaye sang about “bad breaks, setbacks” and “trigger-happy policing” in his hauntingly modern “Inner City Blues (Make Me Wanna Holler,” from his powerful What’s Going On album). Curtis Harding keeps the focus on many of the same issues in a protest anthem that captures a particularly tumultuous past year. Done in the symphonic and softly incendiary style of another famous Curtis — Curtis Mayfield, that is — Harding’s new tune encapsulates the seemingly endless walk we’re on in the quest for justice and against racism and inequity. The marching may never stop, but progress, Harding suggests, is possible. The video was directed by photojournalist Lynsey Weatherspoon and shot in Atlanta’s West End.

With two full-length albums to his credit — 2014’s Soul Power and 2017’s Face Your Fear — Harding’s solo career continues to shift and grow. Recently, his song “On and On” was featured in Marvel’s The Falcon and the Winter Soldier episode “One World, One People.”

Harding got his start cowriting and singing backup vocals with CeeLo Green. He has performed with the Roots, Lauryn Hill and OutKast, and toured with Lenny Kravitz. But his stage presence developed at an earlier age, when he accompanied his mother, traveling gospel singer Dorothy Harding, to performances at churches across the country.

Since then, Harding has cultivated a patented style all his own. He calls it “slop ’n’ soul,” saying that “slop is mixed up from different kinds of leftovers. My music is a mixture of sounds: It flows, sometimes it’s sloppy, but it still feels good.”

Rosey: At the Party

Longtime rock ’n’ roller Rosey, born Nancy Joy Kaye, has been compared to Macy Gray, Chrissie Hynde and Fiona Apple, among others. Her website says she was even once described as “the love child of Robert Plant and Rickie Lee Jones.”

She seems to have been described less often based upon her notable merits –her talent, drive, intelligence and versatility. As a young singer on the West Coast in the early aughts, Rosey endured downright patronizing treatment from some music critics, including one male writer for the San Francisco Chronicle, who declared in a 2002 article: “In the same month that Britney Spears found her career sputtering to a temporary halt . . . the charts were taken over by a new breed of young pop star: earthy songbirds like Vanessa Carlton and Michelle Branch, who much prefer to bare their feelings rather than their midriffs.” Later, seemingly unable to describe women singers through any framework other than their bodies, he compared Rosey to a “svelte Joan Osborne.” Yikes!

Still, Rosey has had a long and fascinating career, reductive press coverage aside. Her work has appeared on soundtracks like Bridget Jones’ Diary, she has toured with Melissa Etheridge and worked with Reggie Watts, Raphael Saadiq and many others. A recent Atlanta transplant, she has immersed herself in the local music scene, started an organic farm, and opened an independent studio and recording label. Her jazz quartet is called Rosey en La Vie.

On June 12, 1978, The Rolling Stones took the stage at the Fox Theatre to play a “secret show,” where they were billed as “The Cockroaches.” This was mainly an effort to scuttle out of the perpetual arena concert setting and back to performing on a stage close enough to feel the audience’s crackling energy. Because of this incognito billing, a top-tier ticket cost just $10 (about $40 now). A steal!

Playwright Pearl Cleage wrote a firsthand account of the show: “As the date approached, counterfeit tickets began to appear on the streets of Atlanta, but the real tickets didn’t even say ‘the Rolling Stones.’ They said, ‘The Cockroaches Live at the Fox Theatre.’ I ended up seated between the Bond brothers, Julian and James, who shared my fervent hope that the Cockroaches would blow the roof off the newly restored auditorium. And they did.”

There isn’t much to be found in the way of video footage from that show — this was well before concertgoers could whip out phones to capture a band’s set from every angle. This footage is from another stop on the same tour. The album the Stones were promoting, Some Girls, features many recognizable hits, including “Miss You,” “Shattered” and the eponymous track. But “Beast of Burden” truly shines as our Vintage Track of the Week, showcasing some extra playful line deliveries by Mick Jagger. It’s also one of the sweetest and most satisfying melodies that Keith Richards’ brain ever concocted. Plus, if anyone can make shoulder pads sexy, Jagger would be the one. As he sashays confidently around the stage, you realize that somewhere out in the wide universe, a fatalistic chain of events has been in motion, paving the way for Harry Styles’ 2021 Grammy performance.