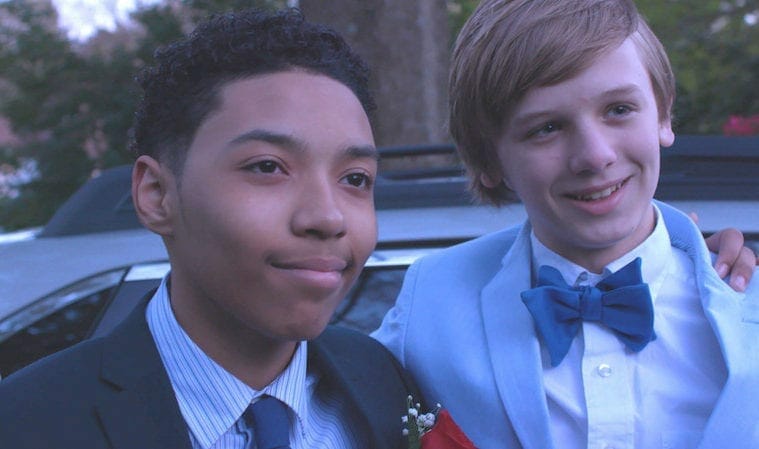 Carey Russell (left) and Atlanta actor Owen D. Stone in the short film "The One You Never Forget." (Photo by Ashley Connor)

The date for the Atlanta Queer Arts Showcase has come and gone. The evening of readings, theater, film and music — scheduled for April 18 — is moving online and to this Sunday, April 26, at 7 p.m.

The performances will come from the six founding members of the Atlanta Queer Arts Alliance — the Atlanta Gay Men’s Chorus and Atlanta Women’s Chorus; OurSong: The Atlanta Gay and Lesbian Chorus; the Atlanta Philharmonic Orchestra; Atlanta Freedom Bands; Out Front Theatre Company; and Out on Film. The evening will be livestreamed on each participating organization’s Facebook page (follow links in this paragraph). 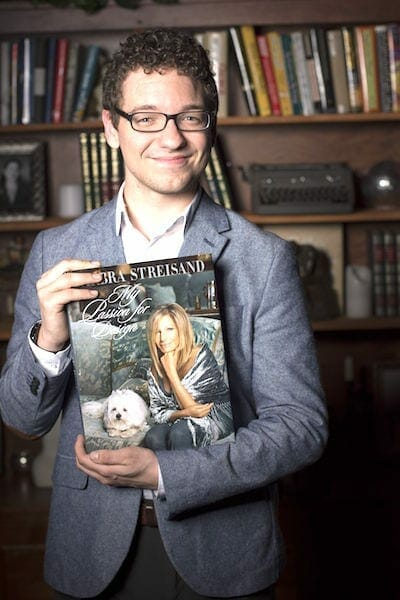 Elliott Folds in Out Front Theatre’s Streisand-centric “Buyer and Cellar.”

At Home Together, as the fundraising showcase is being called, will look at the upcoming seasons of each entity involved and include the short film The One You Never Forget (2019, nine minutes). The drama follows a 14-year-old boy excitedly preparing for his first dance. It has won awards at the Kansas City LGBT Film Festival, the OUTshine Film Festival in Miami and Fort Lauderdale, the Oxford Film Festival in Mississippi and the Sidewalk Film Festival in Birmingham, Alabama.

Out Front Theatre Company plans to do numbers from Buyer and Cellar, La Cage aux Folles, The View UpStairs and Christmas With the Crawfords.

The Atlanta Queer Arts Alliance formed in the summer of 2019 in an effort to promote the value of cultural experiences and find new ways to collaborate and provide space for LGBTQ artists. The Atlanta Gay Men’s Chorus, now in its 39th year, is the alliance’s oldest organization. Out Front Theatre Company, the youngest, hopes to end its fourth season live and in person with an August staging of Mart Crowley’s 1968 watershed drama The Boys in the Band.

“The queer arts play a huge role in the economic and cultural fabric of Atlanta and the Southeast,” says Jim Farmer, the Out on Film festival’s director and an ArtsATL contributor. “Very few cities can boast that they have a men’s and women’s chorus, a combined chorus, a philharmonic orchestra, a premiere band association, a theater dedicated to LGBTQ work and an Oscar-qualifying LGBTQ film festival. The work that we all do serves thousands of patrons each year.”