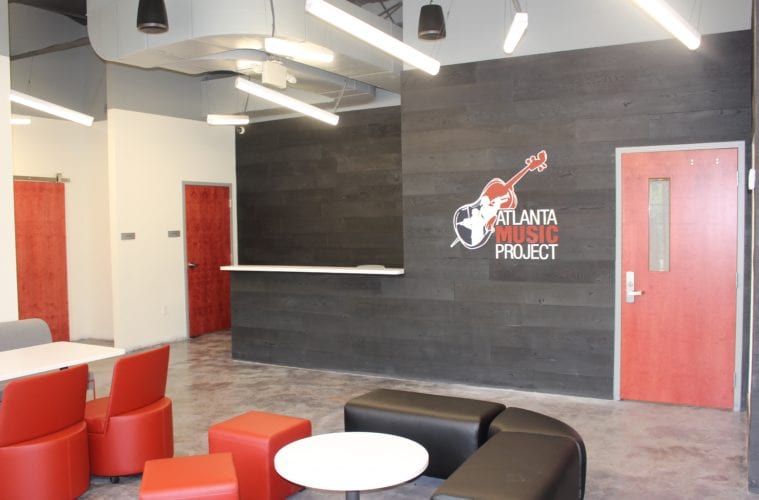 The Atlanta Music Project Center for Performance & Education headquarters opens its doors on May 22, three months after the initial lease was signed on the building.

The new space is located in the Capitol View neighborhood, southwest of Downtown Atlanta, and serves as the first headquarters for Atlanta Music Project, which provides intensive, tuition-free music education for underserved youth. The home base includes a 150-seat performance hall, 10 rehearsal spaces and office space.

The Next Movement capital campaign, launched in 2018, has raised 95% of the $2.9 million goal. The capital campaign is funding the build-out of the AMP Center and will support program enhancements, including new instruments, uniforms and staging, and the establishment of operating reserves and an endowment. Cofounder Dantes Rameau says the organization hopes to reach 100% of its goal by the end of 2019.

Hosted by WSB-TV news anchor Fred Blankenship, the ribbon-cutting ceremony will feature a performance by Christian hip-hop artist Lecrae, alongside musicians of the Atlanta Music Project Youth Orchestra and Choir.