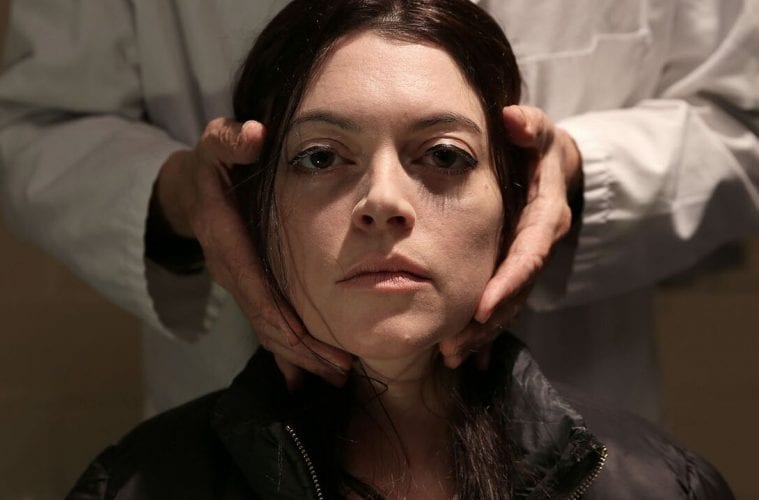 For more than a decade, Atlanta’s HowStuffWorks has built a popular podcast network primarily on shows that are informative, accessible and light-hearted. The company’s first drama podcast signals a willingness to experiment with the introductory disclaimer: “The Control Group contains scenes of realistic violence and graphic sexuality. It is intended for mature listeners.”

A psychological thriller set in a 1961 mental hospital, The Control Group explores its audio format and sinister setting for maximum disquiet and dread. “By the time you get into episode four or five, you get into Bret Wood territory,” quips writer/director Bret Wood. With the titles of his independent films like Psychopathia Sexualis and The Unwanted hinting at some of his pet themes, the Atlanta based filmmaker got a charge out of creating an audio-only tale.

Avoiding the first-person narration of many radio plays, The Control Group begins with a gripping 911 call that draws the listener into a paranoia-inducing world of hospital interviews and therapy sessions. “I’m always fascinated by weird history, and had read a lot about CIA’s drug testing and its clandestine funding of mind control research,” Wood says. “Almost all of my work involves someone trying to control someone else, and that person trying to maintain their identity or shake off the controlling influence.” 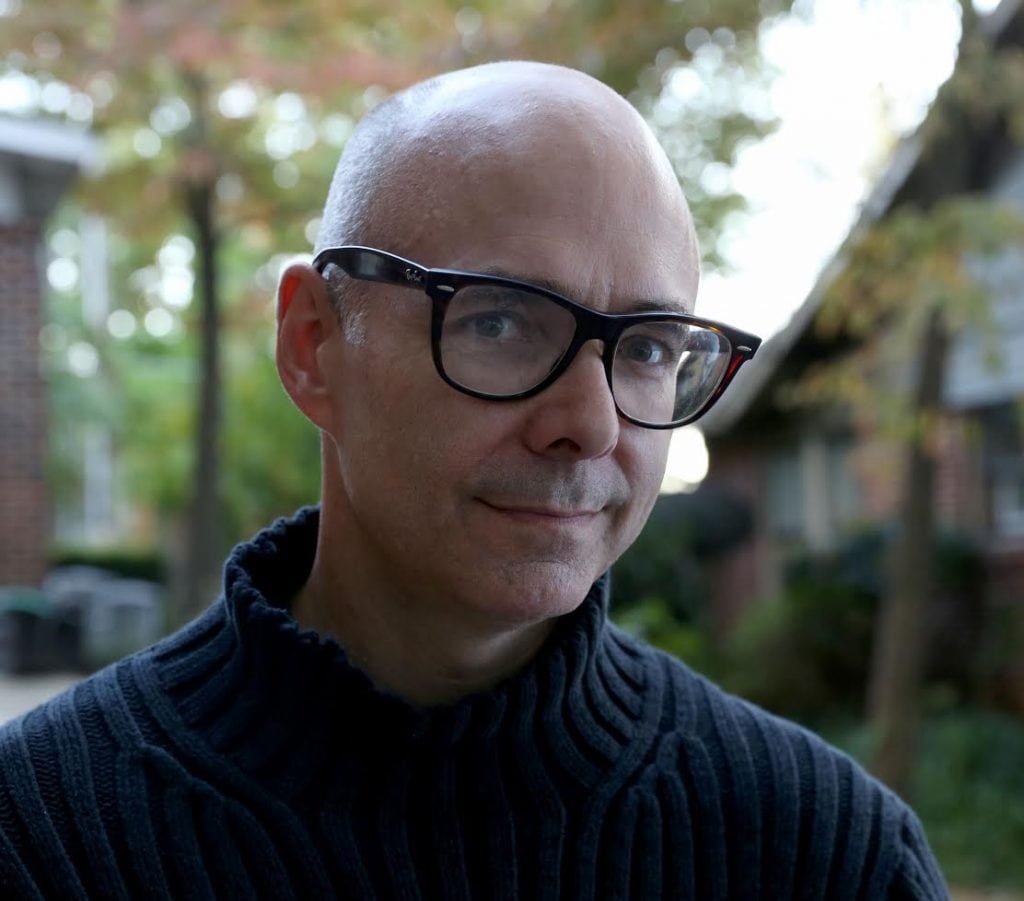 In the podcast, mysterious patient Karen Myers (Hannah Fierman) insists that there’s nothing wrong with her, but hints at powerful secrets. She enters the care of Dr. Hayes (John Schmedes), who’s being pressured to pursue aggressive, experimental therapies by a group called The Society for the Investigation of Human Ecology. A cast of Atlanta actors plays the ensemble of chatty patients, brutal orderlies, sinister medical professionals and more.

The Control Group originated as a feature film script that Wood planned to film about five years ago, but had to abandon. ‘Trying to figure out locations can be the most difficult thing about making movies,” he says. He’d found what seemed the perfect setting for a mid-century mental hospital, but lost permission based on the content of the script. “There was no way to go ahead. That’s why I made The Unwanted instead, which is set in a house in a small town.”

In 2017, Wood learned through a friend at HowStuffWorks that the company was venturing into different podcast forms and would be interested in a pitch proposal from him. “I already had the script, and it was really fast to break it down into episodes,” Wood says. “It was like the proposal was already written.”

Executive produced by Ben Bowlin and Josh Clark, longtime hosts of the network’s light-hearted flagship show Stuff You Should Know, The Control Group may follow a similar trajectory as the company’s true crime hit Atlanta Monster from earlier this year.

“Just like true crime podcasts took off in this medium over the past couple of years, we believe that scripted series are one of the next big genres in this exploding industry,” says Conal Byrne, president and CEO of HowStuffWorks. “There is a really incredible interplay between scripted podcasts and the human mind, where a creator like Bret Wood can tell a story through audio, and then audiences use their own imaginations as the production crew, so to speak, to fill it out.” 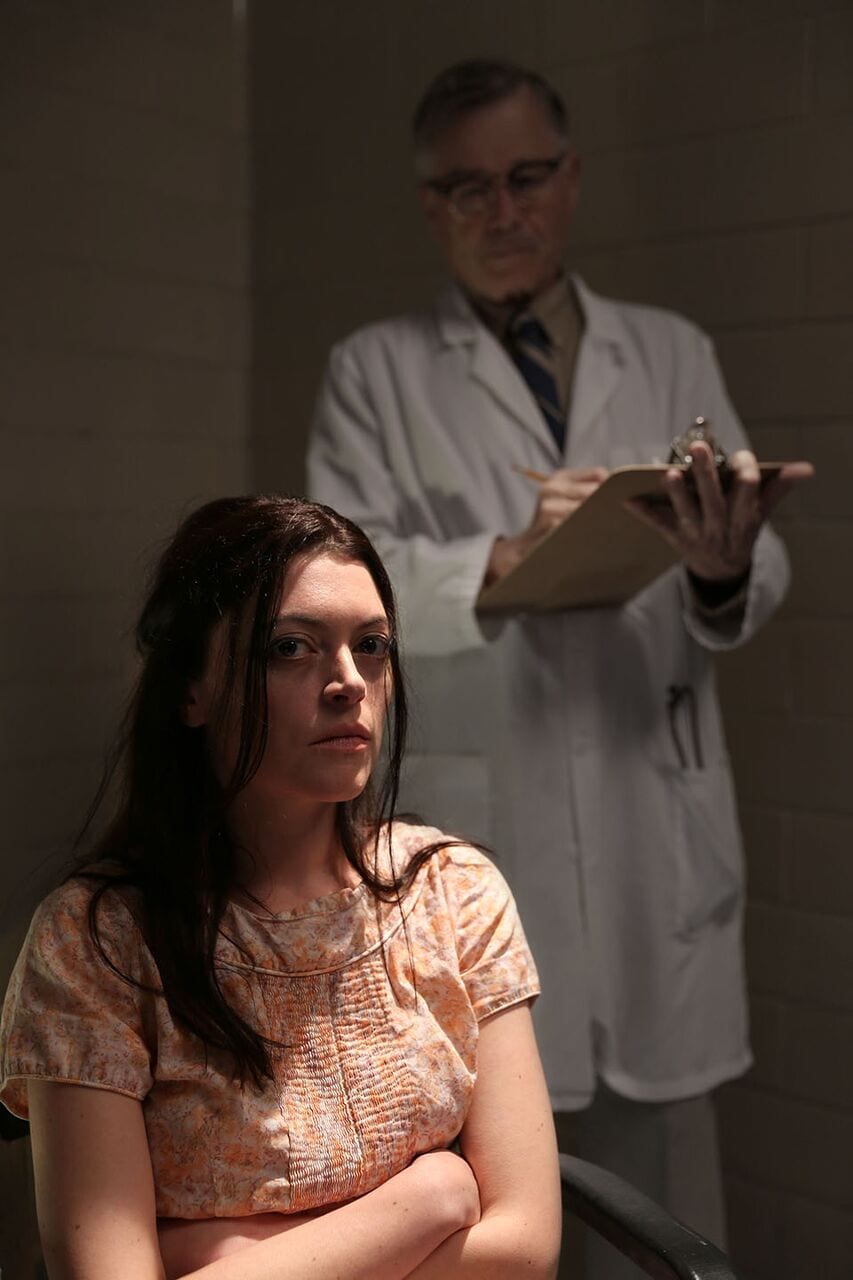 Wood found that his experience with dubbing foreign language films into English helped him work with voice actors and sound engineers, but some aspects of the audio medium required learning by doing. “In terms of writing, there are things I’m still learning,” he says. “Someone pointed out that three times my script had someone say, ‘Ow, stop it, let go of me!’ Or I would have a line like, ‘Doctor, you can’t strike a patient!’ Once the sound mix is there, you can take out the overly explanatory lines.”

Wood is the author of Orson Welles: A Bio-Bibliography and cites Welles’ acclaimed 1930s radio work as an inspiration. “That’s a big influence on my interest in sound recording. A lot of things in The Control Group come from that influence, more than anything else.”

He describes his first audio venture as creatively rewarding. “Making a film is so exhausting and costs so much money,” he says. “This is a refreshing break from that, but still artistically satisfying – without having to mortgage my house.”

A tale told in 10 episodes, The Control Group dropped its first five installments on June 27, with the subsequent episodes to be released once a week. Meanwhile, Wood is putting the final touches on his latest feature, Those Who Deserve to Die. “It’s sort of a revenge story with a supernatural twist,” he says. “An Iraq war veteran returns to his small home town to avenge some of the things that happened in the past. By fall, we should be submitting to film festivals.”

That he may become more well known for his podcast than for his movies is not lost on Wood. “The irony is, because of HowStuffWorks’ reach, more people will probably hear The Control Group in the first week than have seen all my movies,” Wood says.