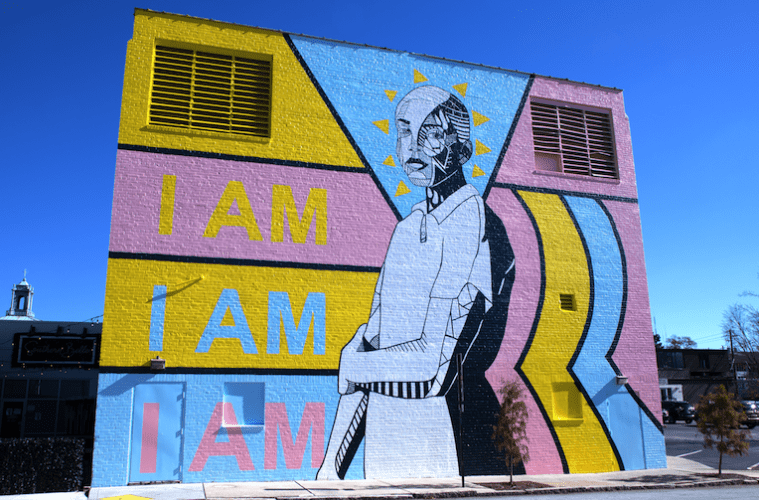 One of Jasmine Nicole Williams' murals. "I create work that speaks to my Black, Southern and femme identities," she says.

The Living Walls, The City Speaks, and Adult Swim are partnering on a new mural project to boost the work, messages and careers of Black artists in Atlanta.

The Adult Swim Atlanta Mural Project is an ongoing initiative that will emphasize authenticity and creative freedom and champion artistic voices, organizers said in a statement. It plans to host rotating murals each year.

The first-round’s muralists are William Downs, Sofahood and Jasmine Nicole Williams and will be seen at the Plaza Theatre on Ponce de Leon Avenue, at Decatur Square and on Edgewood Avenue in the Old Fourth Ward. In addition to producing murals, the project plans to train artists and assistants on mural-making best practices and techniques, and start conversations about the artist’s role in public spaces. Representatives from Adult Swim, Cartoon Network’s late-night block, will work with each artist to develop network content, too.

These seed investments can be used to develop a project or fund personal development, including workshop readings, classes and training, and rest and restorative self-care.

CREAT wants to eliminate barriers sometimes found in traditional grant processes, so recipients were chosen by lottery. This is the first of at least three grant cycles and is funded with support from Kristen and Jordan Silton and Gays for Plays. 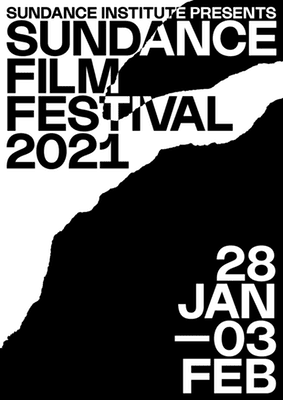 The 2021 Sundance Film Festival (January 28–February 3) will feature a mix of online content, drive-ins, independent art houses and satellite screens in 32 cities nationwide, including Atlanta and Macon. Digital content will be accessed through a custom online platform (festival.sundance.org).

The Atlanta Film Society is coordinating local events, which will screen at the Plaza Theater & Drive-In in Poncey–Highland and Dad’s Garage Drive-In in the Old Fourth Ward.

As with previous Sundance festivals, films will premiere throughout the day, with Day 1 films debuting at 8 p.m. EDT on January 28. Each of the fest’s 70–plus feature films will premiere in a dedicated online time slot, followed by a live Q&A. Multiple films will premiere simultaneously roughly every three hours from noon to midnight EDT. This rollout is designed to preserve festival energy, according to organizers with the Utah-based Sundance Institute.

The festival will include screenings of 50 short films and world premieres of four episodic works, plus 14 New Frontier works, described as being at the crossroads of film, art and technology. Details HERE.