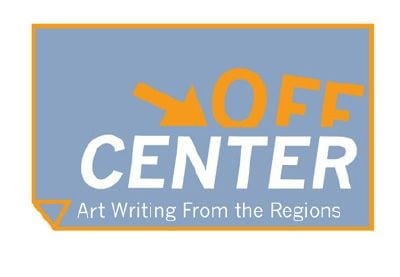 There is no speed limit on the information autobahn and no sure destination. The impact of the Internet on reading, writing and publishing has been dizzying and profound, and the alternatives stark: move fast, change or expect to be road kill.

When Brant Publications appointed Lindsay Pollock — an experienced online reporter and founder of the blog Art Market View — editor of Art in America in January 2011, pundits figured that the venerable art magazine, a bit out of sync with a world in which “venerable” is not necessarily a compliment, was in for a retooling.

Pollock has altered the look, pace and content in print and online to energize what some said had become an “ivory tower.” She will talk about the publication and the art-world context in which it is evolving on Thursday, September 20, as keynote speaker for “Off/Center: Art Writing From the Regions,” a symposium to be held at Emory University. (Her talk is free and open to the public.)

In a recent telephone conversation, Pollock discussed the challenge of serving a broad spectrum of readers. The magazine’s 50,000 print subscribers spend an average of 84 minutes reading an issue. Web readers have notably short attention spans and an appetite for novelty. Even as Pollock, who majored in art history at Barnard College, has increased the focus on personalities and shorter stories, she remains mindful of the publication’s legacy and core character.

“Art in America is historically more object-driven than theoretical,” she said. “It has traditionally focused on more mature artists and important historical subjects. It is also writerly — a legacy of poet- and artist-contributors.”

She aims to continue that literary bent and points, as an example, to the rejiggering of the magazine’s features on art scenes in various cities. “We used to do reports on cities that provided names of institutions and galleries,” she said. “That information is easily available. Instead we launched ‘Atlas,’ covering three cities a year, cities people are interested in, in a writerly way. We want to tap writers with a strong point of view, to write about their cities not an overview but to capture the spirit, the specificity of the place.”

Los Angeles and Glasgow were the first two subjects. Mumbai is in the works. Will the magazine tap an Atlanta writer to capture the spirit of this city in “Atlas”?

That is the kind of opportunity “Off/Center” is intended to promote.

“Websites like ArtsATL and Burnaway have attracted a number of new writers who are doing a fantastic job of covering the local art scene,” says Atlanta critic and ArtsATL contributor Rebecca Cochran, who originated and organized the conference. “The logical next step is for some of these writers to begin writing for national and international publications, to help introduce Atlanta artists and institutions to a larger audience.

“I see this conference as an opportunity for these writers to hear from some New York editors and pioneers in the online world, to connect with colleagues in other Southern states, to learn from one another’s experiences and to forge new connections.”

Participants will include Ben Davis, editor of ARTINFO.com; Rainey Knudson, publisher of Glasstire.com; and Joao Ribas, curator at MIT List Visual Arts Center and board member of the International Association of Art Critics, which is co-sponsoring the conference.

The virtual world’s clout notwithstanding, there’s nothing, it seems, like a little face-to-face time.

Advance registration is closed. Same-day tickets for the panel discussions and breakout sessions on Friday, September 21, will be available in the lobby of Emory University’s Math and Sciences Building starting at 9:30 a.m. Professionals, $150; International Association of Art Critics members, $100; graduate students (with a valid ID), $100; undergraduate students (with a valid ID), $50.