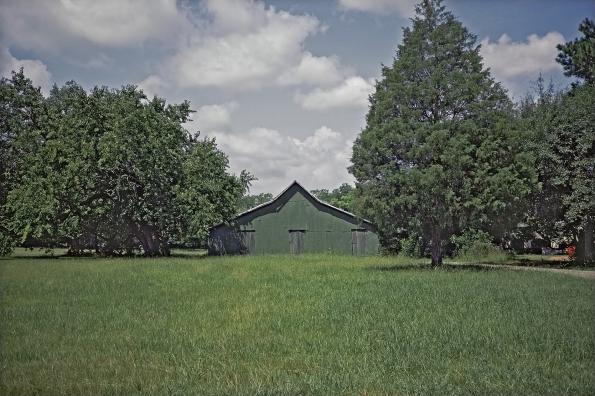 Appreciation: William Christenberry’s photos will forever bring the outsiders in

Editor’s Note: ArtsATL mourns the death of beloved photographer William Christenberry, whose elegiac vision helped define a region. Christenberry passed away last month of complications from Alzheimer’s disease at the age of 80. Donna Mintz offers her thoughtful and poetic remembrance.

The novelist Walker Percy once proclaimed: “William Christenberry’s work is a poetic evocation of a haunted countryside.” The revered photographer earned the respect and accolades of many, but Percy’s was the one he liked best, remarking that it “really says it all, because it [his work] deals not only with the Southern landscape of beauty and wonderment, but also the side of it that is haunted with memory and sadness.”

I wish I could claim Percy’s description as my own; it’s certainly what I believe. It’s all there in the photographs of his native Alabama — beauty, wonderment, sadness and memory, and maybe most especially memory, and that ineffable expression, the one writers are always trying to figure out, a sense of place. What does it mean, where does it reside, who best delivers it? Does it even exist? A single Christenberry photograph of his place does the same to put those questions to rest as Percy’s description of the photographer’s oeuvre did to characterize it.

The place that exists now as William Christenberry’s — the place that marked him and upon which he has left his indelible mark — is the countryside 35 miles or so south of Tuscaloosa (where he was born in 1936) — Greene, Perry and Hale Counties in west central Alabama, an area once known as the Black Belt for its rich soil. I have gone there many times in search of what he saw, and in search of the feeling that infuses his photographs. I am only one of the many pilgrims to the land of Christenberry, but each time I am there I seem to be alone with the photographer as my silent guide. I am drawn to the deep, sad beauty of the gentle hills and farmland. I can’t recall another place where the past feels more present. It hangs in the air in reverberant echoes like a ringing bell, like Emily Dickinson’s own bell, from a line that Christenberry often quoted — “Memory is a strange Bell — Jubilee, and Knell,” and appreciated for what it had to tell us about change and about how we remember. 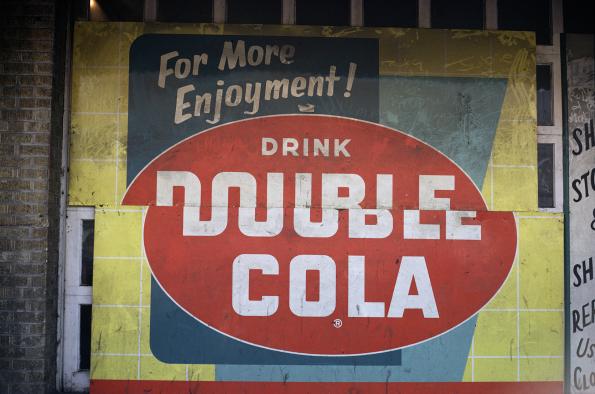 I might have sensed all this without him, but I’ll never know. I saw his images so many years before I saw his place, that when I “met” them — the Green Warehouse, the Black Buildings, the red clay roads, simple white churches, and silvered, kudzu-covered houses — I greeted them as if returning to old friends.

I visited the Green Warehouse again in Newbern last month, just a few weeks before his death. The old building he photographed since 1973 was painted that day, as every other time I had seen it, the same John Deere green that the former owner had promised he would keep just for the photographer. Though it was a little worn, with silver showing through the familiar, saturated green, its metal siding and steep tin roof that rises sharply to a point over three blank wooden doors, were the same as when he found it 43 years ago. In Working From Memory, from 2008, Christenberry recounted that its owner, a Mr. Walthall, “had passed on now and it remains to be seen what’s going to happen to that building that I’ve deemed so beautiful, but for the moment it’s still there. I was told that he had given instructions that he wanted the building to remain just the way it was, for me, even after he passed away.”

For now, the building is still there and is still green, or at least it was when I last saw it three weeks before his death. I think he would have appreciated the fact that it outlasted him, an unwitting testament now in its turn to the memory of William Christenberry, just as he was to it in his time.

Though he photographed mainly his own postage stamp of soil beginning in the mid-’70s, the images he left behind ring out his memory, both jubilee and knell now, and embody one of the attributes he most valued in art — that it could “make an outsider look back on something he has never been a part of, and . . . feel like he has always been a part of it.”