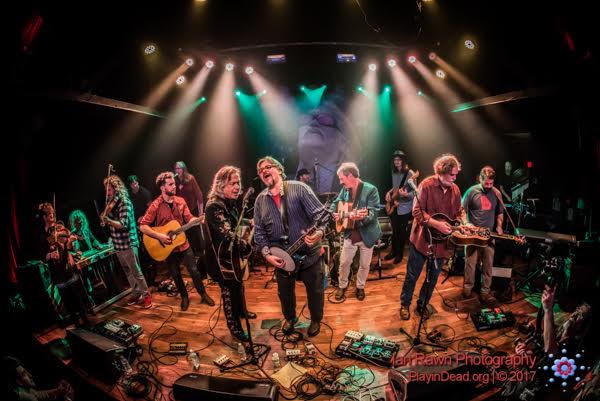 The Holiday Hootenanny will feature a stellar lineup of Atlanta musicians to benefit the Atlanta Habitat for Humanity. (Photos courtesy T-Dawg Presents)

Two years ago, in one of his last public performances, Atlanta pianist Johnny Knapp took center stage at the annual Holiday Hootenanny. In a sweet Brooklyn rasp, Knapp told the rock audience at Terminal West that he hated rock music, and everyone cheered the cheek of the 88-year-old jazz Zelig (a well-traveled musician who accompanied Billie Holiday and Barbra Streisand, among others, in a 70-year career). And then he proceeded to mesmerize the room with a musical tribute to his friend Col. Bruce Hampton, the rock bandleader who had died months earlier following his 70th birthday concert at the Fox Theatre.

That Hootenanny was an emotionally charged, electric night of music, and Knapp — who died last November, a few weeks short of his 90th birthday — provided a fitting rhythmic climax. This year’s Hootenanny, the ninth annual (tonight at Variety Playhouse), promises to be just as powerful. Grammy winner Jim Lauderdale returns to head a stellar lineup of musicians that includes Drew Emmitt and Vince Herman (of Leftover Salmon), guitarist Larry Keel, keyboardist Ike Stubblefield, Jason Carter (of the Del McCoury Band), Steve McCurry (of the Acoustic Syndicate), Donna Hopkins, a pair of Jeffs — Sipe and Mosier (both formerly of Hampton’s greatest band, the Aquarium Rescue Unit) — and a lot more.

“It’s a lineup that will appeal to a lot of different tastes with one main theme — it’s all good music,” says Thomas (T-Dawg) Helland, whose T-Dawg Presents produces the Holiday Hootenanny. “And I feel like there will be a lot of spirit in the room. We’ve lost some good friends the past couple of years, some Hootenanny favorites like Col. Bruce and Johnny Knapp, but I feel like their joyful presence will somehow be part of this year’s show.” 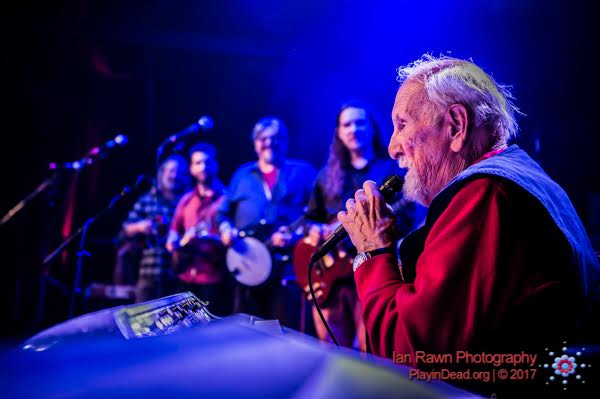 Pianist Johnny Knapp (right), who performed with jazz legends, made one of his final public performances at the Holiday Hootenanny two years ago.

For one thing, many of the performing artists collaborated at one time or another with Hampton (Emmitt, Herman, Stubblefield, Sipe and Mosier, for example — and Knapp too).

For another thing, this year’s Hootenanny will begin with a jazz tribute to Knapp, led by pianist Jez Graham (who played in some of Hampton’s last bands and is Francine Reed’s longtime accompanist). It was Graham who introduced Knapp to Hampton, which began a musical partnership and close friendship for both men. He also brought Knapp into the Hootenanny lineup for the first time in 2014.

“I was really proud to have helped coordinate the musicians for Bruce that year, bringing Johnny to the Hootenanny stage,”says Graham. “He was on fire.”

Graham will tell the audience some Knapp/Hampton stories, then play a solo tribute to Knapp. “After that, we’ll roll out the amazing lineup, one at a time. It’ll be a jazz love fest to Johnny, which will morph into jamming on some of the Bruce songs that Johnny loved to play, like ‘Right Now’ and ‘I’m So Glad’ and more, with Rev. Mosier helping lead the way.”

In addition to the Knapp tribute, and the rotating jam session to follow, expect another musical tribute of sorts when Lauderdale takes the stage. The two-time Grammy winning singer-songwriter frequently collaborated with Robert Hunter, the Grateful Dead lyricist who died this September.

“Jim is planning to play an entire set of songs he cowrote with Hunter,” Helland says.

Adds Graham, “I expect this to be another magical night for a good cause.”

The ninth-annual Holiday Hootenanny, a benefit fundraiser for the Atlanta Habitat for Humanity, will strike its first notes at 7 p.m.