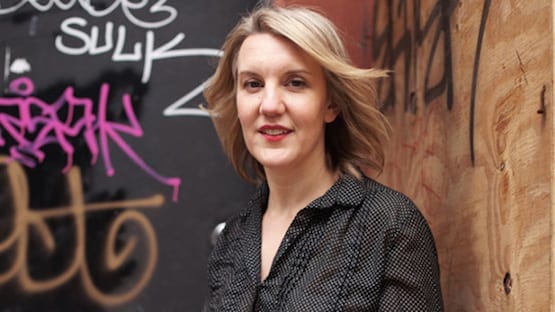 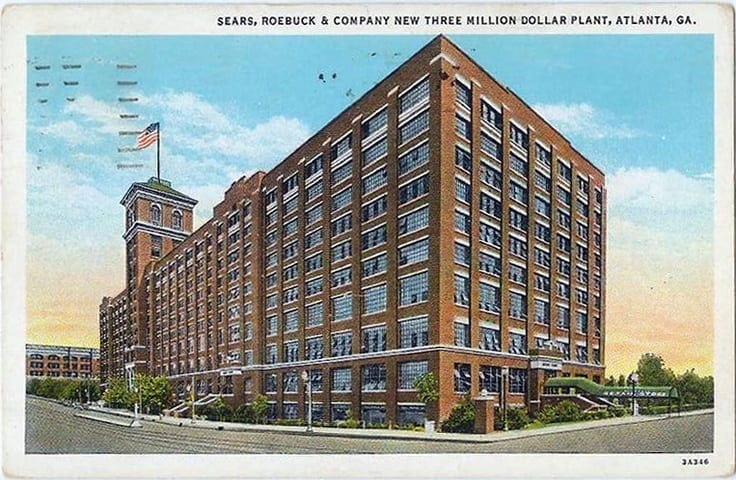 You don’t have to look far on Atlanta’s Ponce de Leon Avenue to find familiar urban textures. In just the one, roughly quarter-mile block of Ponce between Somerset Terrace and Glen Iris Drive, the bland façade of Chipotle faces the proudly loud awning of Green’s Beverages, a stray sleeping bag in the bushes by the BeltLine lies around the bend from Starbucks and a stray magnolia tree — once a part of the active playing field at Spiller Park — still stands behind Whole Foods. Amidst all the ground-level change, the former Sears building, now Ponce City Market, looms over this part of the Old Fourth Ward. This may seem like a litany of classic oppositions: box store vs. local store, poverty vs. affluence, American pastime vs. American corporation and last but not least, old vs. new.

Ponce City Market’s claim that the neighborhood in itself “breathes new air” into the mostly empty former Sears building, built in 1926 to great acclaim and success, implies that the structure, maybe even the neighborhood, was taking its dying breath as developers approached. But imagine you’re standing in the Victorian-era park built around the waters of the Ponce de Leon Springs, forever capped and redirected into the sewer by the construction of Sears. Envision swimming in Pairs Pond, tending to wounded WWI soldiers in a tent city or cheering at one of the first integrated ballgames at the Poncey, all of which are now the parking lot at Midtown Place Shopping Center. Further east on Ponce, the iconic Plaza Drugs, which attracted as many customers for its soda fountain as it did for its lax prescription drug policies, is transformed into Urban Outfitters. A few establishments, like Majestic Diner and the Open Door Community Center, hold out and stay true to their origins. But there was even a time when those places didn’t exist and — believe it or not — other folks thrived. 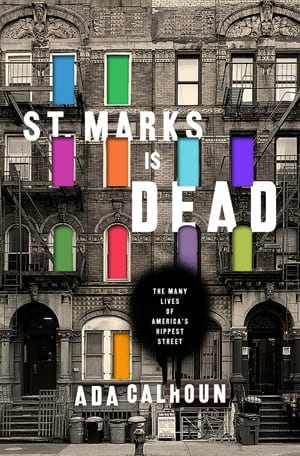 This isn’t to make a case for a nostalgic return to the golden days of a bustling Atlanta thoroughfare or to lament the gentrification of a diverse Southern city, but to suggest a historical, critical and living perspective between the bitter divisions of the old and the new. Ada Calhoun’s new book St. Marks Is Dead: The Many Lives of America’s Hippest Street, recently featured at Atlanta’s annual Letters Festival, offers just such a perspective on the storied legacy of St. Marks Place, the iconic street in New York City’s Lower East Side that, much like Ponce, has been home, hide-out and hospitable playground to a broad cross-section of American life, including immigrants, priests, bohemians, the homeless and the famous.

St. Marks Is Dead traces the cultural history of the street from pre-European settlement, when it was the forested home of the Lenape, through its development into a pear orchard on a Dutch Colonial farm, to its ascension as an epicenter of progressive political and cultural innovation throughout the 20th century. Calhoun treats us to stories of St. Marks Place’s role in American dramas as varied as presidential candidate Abraham Lincoln’s 1860 speech at the brand new Cooper Union and poet Ted Berrigan holding court outside the Gem Spa to the rise of punk fashion at stores like Trash and Vaudeville, and Manic Panic. Calhoun’s cool, sharp prose makes the street come alive, no matter the era at hand. For Calhoun, who was born in 1976 and grew up on the famed street, the cliché that the neighborhood is dead, reiterated in one form or another by every generation, is the stubborn rallying cry of a failed vision of urban life. That St. Marks is somehow always on its deathbed at the same moment it’s reborn frames each of the book’s movements. Narrated through every era, the infamous strip of land’s makeover from utopia to wasteland and back again is at times sad, comical and exhilarating; what we start to see is that each iteration of the street’s nonconformist character is not simply a cycle of lost authenticity replaced by rebelling hipness, but the embodiment of an idiosyncratic urban environment that is in generous, unceasing transformation.

Of course, accounting for the intricacies of territorial human memory, economic and racial disparity and gentrification is more complex than saying one street, throughout all its history and change, is capable of always being cool. Rather, what Calhoun’s book offers — along with its tales of hippie and yippie escapades, hilarious takedowns of mainstream 1980’s pop stars and intimate portraits of working families in one of Manhattan’s oldest neighborhoods — is a blueprint for seeing through the façade of nostalgia and easy sentimentality that too often dominate conversations about urban space in America. As Calhoun notes, “The gentrified are gentrifiers who stuck around.” 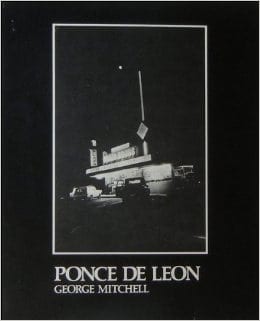 Looking at the elegant and gritty black-and-white photographs of Ponce residents and hangouts from the early ’80s in George Mitchell’s book Ponce De Leon: An Intimate Portrait of Atlanta’s Most Famous Avenue (one of which is featured on the cover of Deerhunter’s album Halycon Digest), gives a better sense of Ponce’s vivid, uncertain transformation. The transcribed, first-hand accounts that accompany the photographs are the raw material for one era of Ponce’s story, one of cross-dressing pageants at The Starlite Lounge, Atlanta’s earliest punks, life-long residents who watched the Great Fire of 1917 from the roof of the Ponce de Leon Apartments, and every blend of sexuality, commerce, discrimination and nostalgia. Between the lines and in the faces of Mitchell’s photographs is a story about a city, and more specifically a story about gentrification.

That story isn’t much different than one we might tell about today’s Ponce, where in the last few years at the still-open Clermont Lounge one woman “danced with a battery-powered Tickle Me Elmo, which was fantastic,” claims one longtime Atlantan. Andrew Marzoni, a postdoctoral fellow at the Georgia Institute of Technology who recently moved into the lofts, states that at Ponce City Market “the boot store downstairs smells like grape-flavored Jolly Ranchers 24/7.” The “resuscitated” building’s hallway walls now sport enlarged, reproduced sections of Sears and Roebuck catalogs. This decorative nod to historical revitalization easily reveals their pixilated seams. Whatever the changes are, things are still changing, and as a new resident of Atlanta, that’s how I read Calhoun’s St. Marks Is Dead. It’s an exciting time to live in this city, to work for sustainable change in old neighborhoods, to account for our shared as well as our divergent struggles, and to stay cool. Ponce — like St. Marks — is never dead.