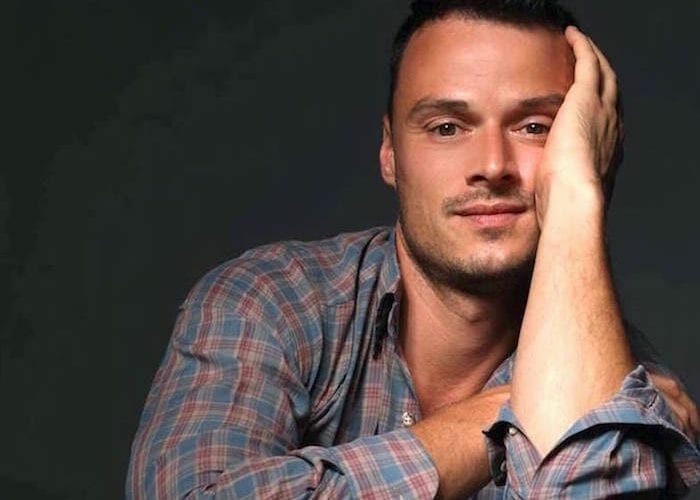 20 by 2020: Actor Lee Osorio is determined to connect with audiences in a visceral way

Our 20 by 2020 series will profile 20 theater artists, administrators and innovators by the end of the year. All are shaking up the city’s stages. This is no. 14. To see the others, search “20 by 2020” from the homepage.

The most powerful stories hit you where you live.

We try to dismiss some tragedies we see on the news as things that can only happen somewhere else, to someone else. Big issues can seem overwhelming, impossible to tackle or unsafe to even discuss.

In Conceal and Carry, the latest in-home production from Out of Hand theater (extended through December 14), actor Lee Osorio walks into a different living room in a different home every show. He sits on a stool in front of a small gathering and shares a monologue about gun violence. He talks about a father facing the death of his young son in a school shooting. His character is in the passenger seat, being driven toward a possible confrontation with a gun manufacturer.

Though Osorio plays a character, and though there are sound cues that guide his tale, the living-room effect is jarring. There’s no separation between performer and audience. You see each other. He’s talking to you. He looks you in the eye. It is intimate, vulnerable and undeniably powerful. 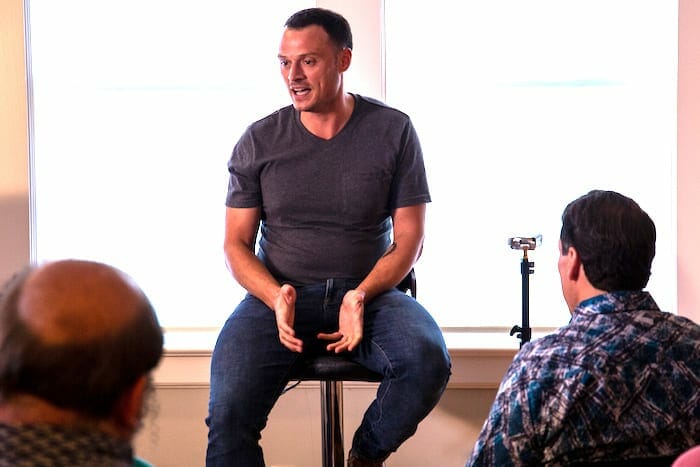 “The home shows engage people directly, not only because the lights are on and I see you — or if you’re sleeping, I see you,” he says. “Every show has a talk back afterward.”

Out of Hand has been staging shows in living rooms for four years, though Osorio says it’s always been central to the company’s mission to work with community partners and inspire conversations about topics that are hard to discuss.

Conceal and Carry, written by Sean Christopher Lewis, doesn’t have a singular agenda, Osorio says. It approaches guns, the NRA and the Second Amendment with more questions — from all sides of the debate — than answers. The show/talk backs advocate for better sense surrounding weapons. For example, 90 percent of Americans support universal background checks, and the U.S. House of Representatives has passed legislation in favor of it, but Senate Majority Leader Mitch McConnell has not moved the bill to the Senate floor. 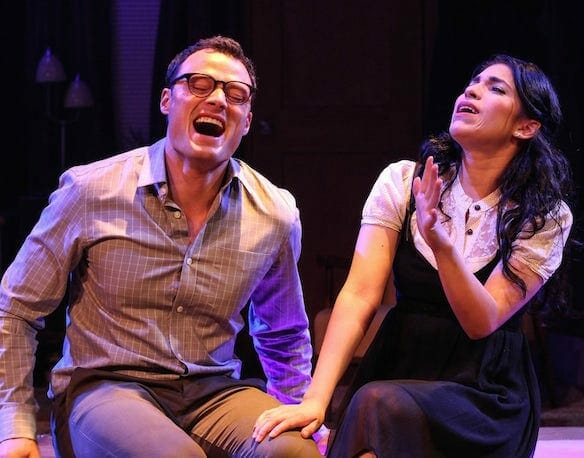 Lee Osorio and Diany Rodriguez in Joshua Harmon’s “Significant Other” at Actor’s Express in 2016. He played a gay man who sees his social circle shrinking as his girlfriends get married one by one. (Photo by BreeAnne Clowdus)

“We aim to make this personal and not political,” Osorio says. “So often this is seen as a political issue, and it’s not a political issue. It’s a moral issue. It affects all of us. And the conversation is not necessarily ‘How do we get your guns out of your hands?’ but ‘How can we make people be as safe as possible with the weapons that we do own?'”

The living-room performance builds the sort of connection that Osorio seeks as an artist.

“All of my training since undergrad has been about connecting with audiences in a real and visceral way,” he says, citing his apprenticeship at Atlanta’s Shakespeare Tavern Playhouse and his M.F.A. from Brown University/Trinity Rep. “It’s something I’m familiar with and something I crave. I don’t really understand why we would be in a room with each other and never acknowledge that. It drives me crazy when I go to a play that is just beautiful, thought-provoking and challenging, and then we all file out into the street, never to have a conversation.”

With his new projects, he wants to change that. 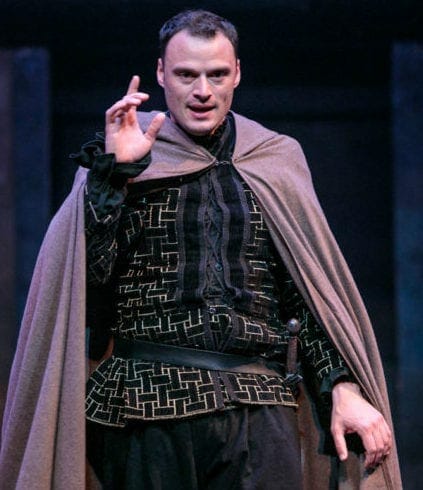 Lee Osorio in “Hamlet” at the Shakespeare Tavern Playhouse in April. He earned a Suzi Award nomination for his work. The Atlanta professional theater honors will be awarded November 4. (Photo by Daniel Parvis)

Osorio was raised in Lumpkin, Georgia (population: 1,159), and returned to Atlanta three years ago. He’s worked steadily, doing three to five shows a year, including Significant Other at Actor’s Express, Ugly Lies the Bone at the Alliance Theatre, Cabaret at Serenbe Playhouse and Miss Bennet: Christmas at Pemberley at Theatrical Outfit. He’s earned three Suzi Bass Award nominations in the process and, last year, was named best leading actor/play for his work in The Life and Death of Richard II at the Shakespeare Tavern.

This year, he’s nominated for the Tavern’s Hamlet, in which he played the title role (it returns in the spring). In addition, he teaches at Oglethorpe University and trains interns at Actor’s Express. And he’s writing a piece about an immigrant detention center as part of the Alliance’s Reiser Atlanta Artists Lab.

He joined Out of Hand as an artistic associate and communications manager in July, working with longtime artistic director Ariel Fristoe on projects like Decatur Dinners and Conceal and Carry.

“I wanted to have more autonomy about the work that I do and the message I’m putting out there,” Osorio says. “Actors don’t get a say in the decision-making process when it comes to season planning. So, as an artistic associate at Out of Hand, it’s exciting to be involved in those conversations in a way that feels like you could have an impact in how the company continues to develop.” 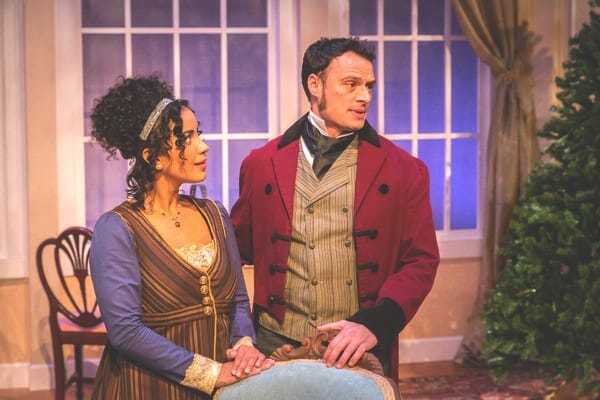 Lee Osorio (with Julissa Sabino) in “Miss Bennet: Christmas at Pemberley” at Theatrical Outfit in 2018 (Photo by David Woolf)

Osorio is proud of his involvement in Decatur Dinners, an August event that took place at 120 dinner tables in 70 locations throughout Decatur on a single night. Seventy actors of color performed a 15-minute piece by Atlanta actor/singer Minka Wiltz and then facilitated discussions on race and equity at each table.

“I was the person in charge of hiring 70 actors for all of the locations,” Osorio says. “Thank God Atlanta has a wealth of incredibly talented black actors. It was not a difficult task, but it was a big task.”

Participants continue to talk about the topics raised that night, he says.

“Having a story, having art start the evening, put jet fuel in that conversation,” Osorio says. “People got so much further in the conversations because they got dropped into this incredibly personal, extremely well-acted piece. Mindsets can’t be changed in a single dinner, but it starts the conversations.”