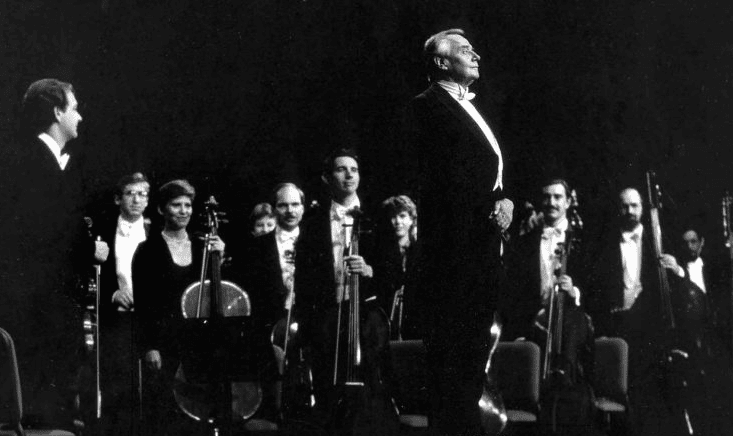 10 years of ArtsATL: The choral legacy of the ASO’s Robert Shaw

Editor’s note: In celebration of our 10th anniversary, each week we will republish a story from our archives that sparked strong reaction from readers, showcased great writing or marked historical hallmarks in the evolution of Atlanta’s arts community.

Thus raged Robert Shaw. He couldn’t bear half-heartedness. In the spring of 1991, he was rehearsing a chorus of 600 in Atlanta for a performance of Mahler’s hymn of praise, the Symphony No. 8. Zeal is what the language indicated; zeal is what he expected — but he always expected that. He was a preacher’s kid.

April marks the 100th anniversary of the birth of Robert Shaw. The ASO will celebrate his legacy with performances at Symphony Hall April 14 and 16, then a concert at Carnegie Hall on April 30. 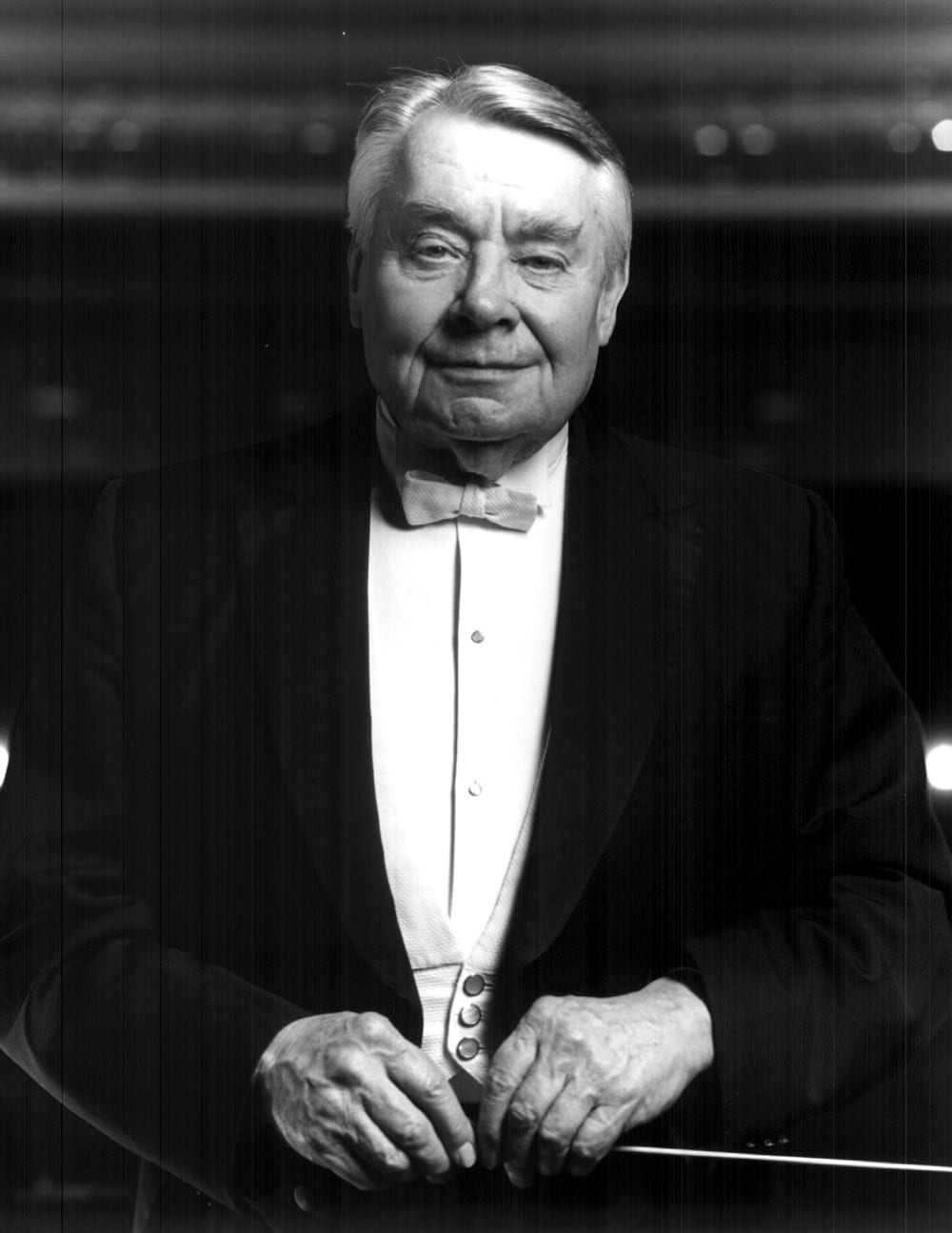 Shaw was a natural, if unlikely musician who stumbled into an art form and revolutionized it. Born in 1916, he came from a long line of preachers. He claimed he’d had every intention of following suit when entertainer Fred Waring saw him directing his college glee club. Waring offered him a conducting job on the spot.

Waring’s offer — and whatever possessed him to suggest such a thing to a 22-year-old stranger — is telling. The youth had no formal musical training; he would have to leave school, abandon religious aspirations and move to New York — but Shaw had that effect on people.

In 1995, when he took his Atlanta chorus to Carnegie Hall for a Mahler 8th, international opera star Sylvia McNair sang in the soprano section — she wasn’t a headliner; she wasn’t paid. She just wanted to be there.

“I loved singing for that man. God, I loved it,” said Brenda Pruitt, a longtime member of the Atlanta Symphony Orchestra Chorus.

“Sang for Robert Shaw” became the gold standard on a vocal music professional’s resume. In fact, it became necessary to remind chorus members not to state “studied with Robert Shaw” on their resumes (although his rehearsals were like “taking a master class every Monday evening,” said conductor Harriet Ziegenhals).

It was Shaw himself who insisted, “I’m not a teacher.” His humility at not having had the conservatory pedigree never left him — it drove him to become a lifelong music student. He sought lessons from the most esteemed musicians. In midcareer, while holding a respectable post as music director of the San Diego Symphony, he accepted a job as assistant to Hungarian maestro George Szell in Cleveland. Out of that, the man in blue got a worthy mentor; Szell got an exceptional chorus. 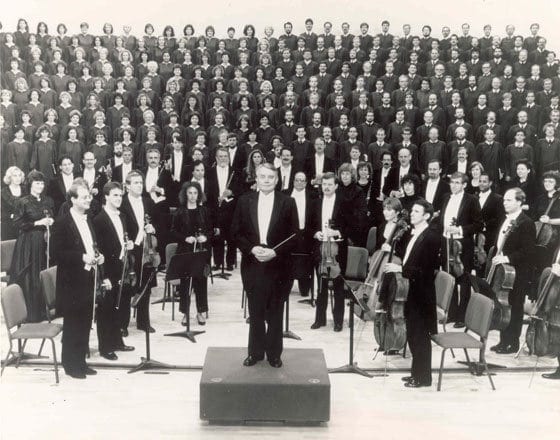 Robert Shaw built the Atlanta Symphony into a world-class orchestra with, arguably, the world’s greatest chorus.

“Every choir director in the city and surrounding area who could, joined the Cleveland Orchestra Chorus,” wrote Ziegenhals. “Whether Shaw worked in New York, Cleveland, or Atlanta, choral music in the area flourished and standards were high.”

Shaw was a zealot. He was driven to study, organize, practice, read and write about music, especially in long letters to his chorus — at all hours. “To be an artist is not the privilege of a few, but the necessity of us all,” he wrote.

There was no place for Jim Crow in Shaw’s world. When he formed his Collegiate Chorale in 1941, Pastor Norman Vincent Peale offered him rehearsal space providing he dismiss the African Americans, Jews and Catholics. That was nonnegotiable. The 25-year-old maestro found another space. When he took his Robert Shaw Chorale on one of the famous concert tours, he said they’d “sleep in cars” before they’d stay in a segregated hotel. And integrated audiences were a condition for having him on the concert schedule.

To understand the potency of his vision, one only has to consider the state of choral music in pre-Shaw, 1930s America. Choruses largely were social gatherings. Most of them never aspired to reach the musical standards of the great symphony orchestras. They didn’t offer concert seasons of serious compositions. There wasn’t much touring; and few championed serious works by American composers. And funnily enough, they didn’t use the word “chorale” in their name. All that changed after Shaw.

From his earliest days in New York, he set out to remedy the gap between music on the page — the composer’s intention — and music in performance. “Wind instruments can articulate rhythms by going tuh-tuh-tuh,” said Carolyn Paulin, who sang under Shaw over the span of 30 years. “We have those pesky words to deal with. Take the word ‘the.’ When do you sing the ‘th’ so that the ‘uh’ is on the beat?”

Singers typically place consonants before the beat, vowels on the beat. In practice, 200 singers could come up with 200 slightly different ideas about when to sing the “th.”

Shaw sought to eliminate the guesswork (and the sloppiness), and develop the tools to do it. “Make your contribution, but make it anonymously,” he said. 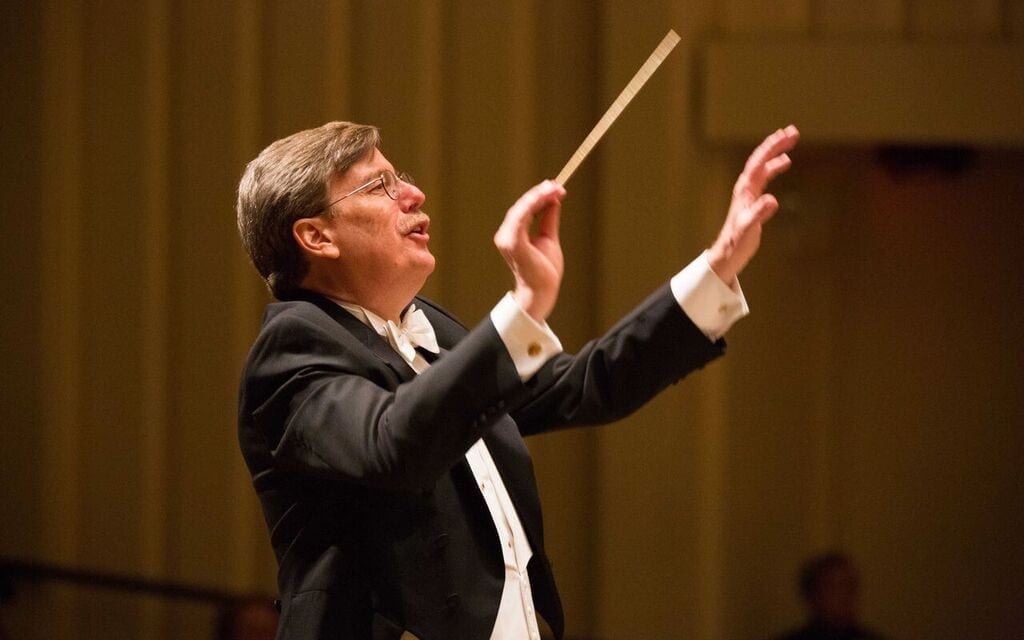 Shaw was a taskmaster about fundamentals. He drilled his chorus to sing “the same pitch, at the same instant on the same vowel at the same dynamic level with substantially the same color which is dramatically suitable to the text at that moment.” And if they lapsed, he’d drill them again.

“Well, there ought to be one place in the world where all the right notes are sung and played,” snapped keyboardist and conductor Norman Mackenzie, imitating his old boss. “And if that place has to be Atlanta, well then, that’s the way it’s gonna be.”

Mackenzie, now director of the Atlanta Symphony Orchestra Chorus, was groomed for the position by Shaw. “What you want is not to create a specific, perfect sound that has no personality to it,” he said. “What you want is the opposite of that.” In other words, only when you’ve gotten all the singers focused on achieving uniformity of sound can it be colored and varied to better express the music.

Shaw left Cleveland for Atlanta in 1967. Mackenzie described Atlanta as having “a pretty good regional orchestra at that time.” But Shaw proceeded to mold and build a world-class ensemble out of the Atlanta Symphony. “And we are still standing on his shoulders today,” said Mackenzie.

Shaw’s legacy goes far deeper than the 14 Grammy Awards or international acclaim. “The technique that Shaw devised has proven to be repeatable,” said Pruitt. “Norman gets the same musical results using those techniques. That part of it is wonderful and continues to be wonderful.”

What made Shaw such a powerful figure is the very thing that drove him. “The intention of the composer oozed out of him,” said Paulin. Most major conductors “have a very strong personality and you get swept up in it. But you always felt with Shaw it was about the music. It’s not, ‘Oh look at me, I’m a great conductor.’” 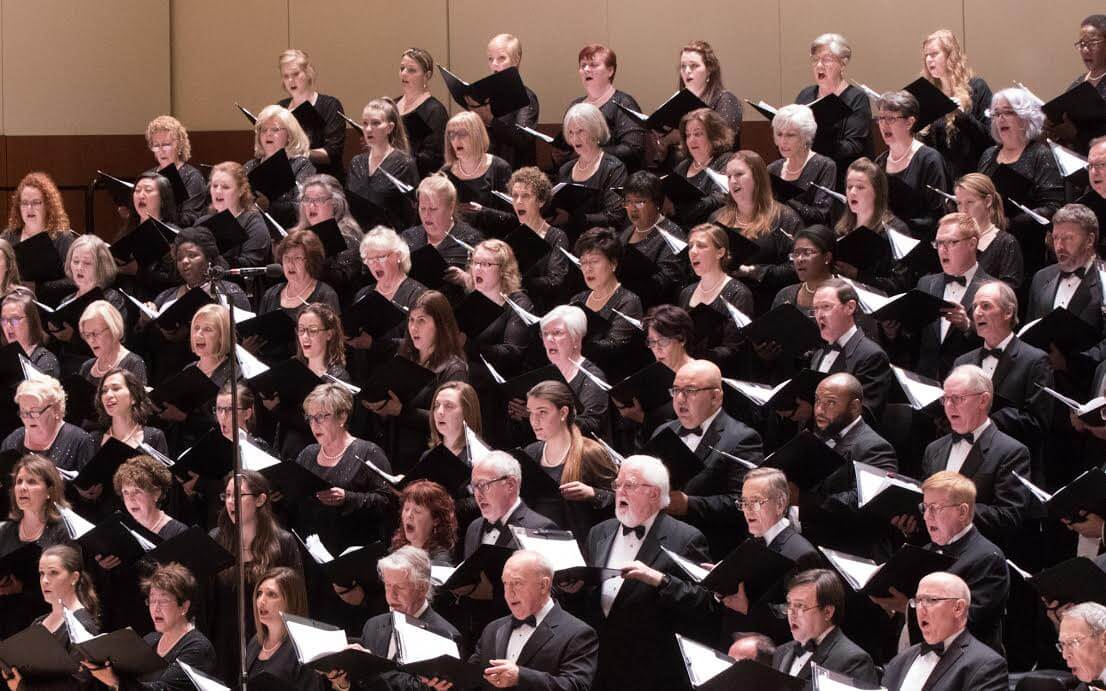 Many in Atlanta felt, between the orchestra and the chorus, that Shaw played favorites with the vocalists — a mixed blessing because he couldn’t bear to pay them to perform his beloved art. “Music is like sex. It’s too important to be left up to the professionals,” he said famously. That wasn’t necessarily popular with the singers, but the policy of not paying the ASO Chorus members continues to this day.

Nevertheless, “people moved to this town and took teaching positions and church positions so they could sing in the Atlanta Symphony Orchestra Chorus,” said Mackenzie. “And now you see a proliferation of wonderful church choirs, wonderful college choirs, wonderful high school choirs in this area, really good solo singing, small ensembles that are really making a name for themselves — all because of the seeds he planted so many years ago.”

In 1986, Pastor Norman Vincent Peale, the man who forced the Collegiate Chorale from their rehearsal space so many years before, penned a letter to Robert Shaw. In it, Peale lamented “[my] insensitive and stupid mistake in connection with the fine organization you were developing . . . I have ever been sorry about my lack of cooperation. I am sure you have long since forgotten all about it. But I never did.”

In December of 1998, Robert Shaw wrenched his back during the ASO’s annual Christmas concert. He was scheduled to conduct Messiah with the chamber chorus the following week. The maestro was “obviously in a lot of pain and had to conduct rehearsals sitting down,” said Pruitt. He did manage to get through the first performance standing but sat on a stool to conduct the second. After that, his doctor put him on bed rest.

Shaw asked Mackenzie, who was playing harpsichord for the series, to conduct the third and final Messiah performance. Minutes before they went on, all 60 singers crowded around a telephone in the office of Nola Frink, Shaw’s assistant, so he could address them over a speaker phone. Pruitt remembers Shaw telling the singers, “I’ll be thinking of every note as you go along.”

In his 82 years, Robert Shaw climbed onto the podium and conducted hundreds of singing workshops at universities and at Carnegie Hall. “The force of his personality and the genius of his message were such that people flocked from all over the place (as I did) to learn from the master,” said Mackenzie. And choral music in America is profoundly changed.

Looking back, one could very well argue that the preacher’s son from California did enter the family business. But, as Atlanta radio personality Lois Reitzes put it, “The concert hall was his sanctuary; and the podium was his pulpit.”