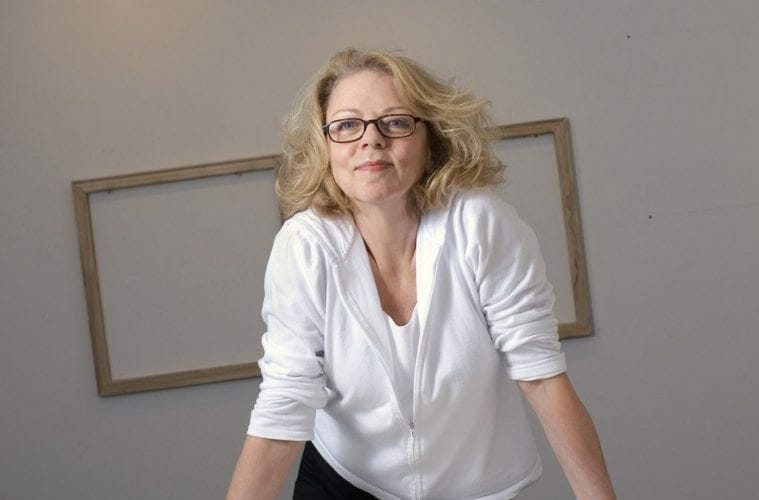 Annette Cone-Skelton founded MOCA GA in 2000 and built it into one of Atlanta's core arts institutions. (Photo by Jerry Siegel)

10 Years of ArtsATL: MOCA GA and Annette Cone-Skelton make their mark on Atlanta

Editor’s note: In 2017, as part of our Legacy Series, ArtsATL writer Gail O’Neill profiled MOCA GA founder and CEO Annette Cone-Skelton. The story traces Cone-Skelton’s journey from growing up in LaGrange to the 2000 founding of what has become one of Atlanta’s core art institutions with more than 1,300 works in its collection.

As president, CEO, director and founder of the Museum of Contemporary Art of Georgia, Annette Cone-Skelton wears many hats as an administrator. But being an artist is central to her identity.

Growing up in LaGrange, the Georgia native was surrounded by a “family of makers” where women sewed and made quilts. Her dad, too, was constantly crafting things with his hands. Meanwhile, Cone-Skelton (née Cone) says, “I was that kid who was drawing all the time. Underneath it all was the desire to make a mark . . . to transform a visual blank to something. I never made a decision to be an artist. I was born an artist.”

Unlike other children, she had no desire to render stick figures or trees. She was fascinated by the geometric, minimalist and abstract. By the time she turned 11, her precocity was recognized by teacher Edna Duncan, who encouraged the sixth-grader to keep drawing, and spoke to her parents about their daughter’s exceptional ability. Annette Cone-Skelton with Gudmund Vigtel, former director of the High Museum and an avid supporter of her work.

The notion of making a living as an artist back then was so inconceivable to Cone-Skelton’s parents that when she entered LaGrange College, it was decided she would enroll as a music major. If all went according to plan, she would graduate and earn a living as a piano teacher or church organist.

Cone-Skelton still cannot explain what made her chart a new course when the time came to register for freshman classes. But when she spontaneously exited the line for music majors and joined the queue for visual arts majors, her life changed. “Once I met my peers and professors, I knew I was in the right place,” she says.

Before having a chance to settle in at LaGrange, Cone-Skelton married her high-school sweetheart (then an undergraduate at Georgia Tech), relocated to Atlanta and transferred to Atlanta College of Art (Class of ’68). Being in the presence of practicing artists who were serious and producing high-caliber work was a revelation. And having her outlier tendencies affirmed as opposed to tolerated made her feel like she’d finally found her tribe. “From that moment on,” she says, “I flew.”

Helen Martini, then a Georgia Tech librarian, was responsible for putting the College of Art on Cone-Skelton’s radar, encouraging her to apply for a full scholarship (which was granted) and hiring Cone-Skelton for a part-time job to help pay for art materials. Gudmund Vigtel, then director of the High Museum of Art, advocated for Cone-Skelton’s work, exhibited her drawings at the museum while she was still a student and purchased five pieces shortly after she graduated. David Heath started promoting her work at his art gallery well before hiring her to run Heath Gallery, where she worked as director for 10 years beginning in 1978. Annette Cone-Skelton, “Untitled” (1995). Acrylic, graphite, pastel on canvas, 64″ by 64″. Collection of The National Museum of Women in the Arts, Washington, D.C.

Whether Cone-Skelton was working as an artist, teacher, art consultant, gallerist or administrator, there have been two constants in her professional life: She never stopped making marks as an artist, and her determination to showcase the past, present and future of contemporary art in Georgia has never wavered.

“I am still trying to pay my mentors’ and advisers’ generosity forward, working with and encouraging other artists,” says Cone-Skelton. “When [my role models] told me, ‘You have abilities,’ it encouraged me to grow and do more. All artists need that kind of encouragement, but it’s especially crucial in non-arts capital cities like Atlanta for us to support our own, believe in ourselves and create opportunities for one another.”

Cone-Skelton achieved all of the above as an art consultant for CGR Advisors. During a 12-year period, starting in 1989, she championed local artists and curated a modern art collection comprising 250 pieces that chronicled Georgia’s history from World War II to the late ’90s. When CGR began to downsize, she lobbied hard to keep the collection intact.

CGR president David Golden was on board with her vision. He donated the collection to start MOCA GA and became the founding benefactor after making a substantial seed donation.

Seventeen years later, the museum is home to more than 1,000 works by Georgia artists. Crown jewels of the collection include vintage Harry Callahan photographs and mixed-media paintings by Benny Andrews. There is a (non-lending) library of art books, audiovisual recordings that shed light on the history of regional artists and a 150,000-piece archive — all of which are open to the public. Elkin Goddard Alston (left) with Annette Cone-Skelton in front of a painting by Herbert Creecy. (Photo by Mike McKelvey, courtesy of MOCA GA)

MOCA GA has a robust internship program for emerging and established artists, some of whom have been hired as full-time employees or had their work featured in exhibitions at the museum. And the annual online Art Auction fundraiser has introduced hundreds of Georgia artists to an international audience, advancing Cone-Skelton’s vision of MOCA GA as a hub for the cross-pollination of artists and ideas.

“Annette started something on a shoestring,” says arts patron Elkin Goddard Alston, whose $1 million gift will be used to purchase land, commission a new 28,000-square-foot building for the museum and establish a capital campaign. “She is the starter and the backbone of a very important museum for the city of Atlanta and the state of Georgia.”

(MOCA GA has since announced it will build a new complex at the Goat Farm Arts Center.)

Larry Walker, a painter and professor emeritus at Georgia State University whose work has been exhibited at MOCA GA, believes Cone-Skelton’s facility for curating artist-driven shows is a direct result of her practice as an artist. “Annette’s artwork is minimalist,” he says. “It’s very quiet and soft  . . . the kind of work that requires contemplation and thought. Her work never borders on sensationalism or something crude to attract your attention. It’s soft and subtle and grows on you. I think her work is a reflection of who she is. Atlanta’s landscape would be bleak without her.”