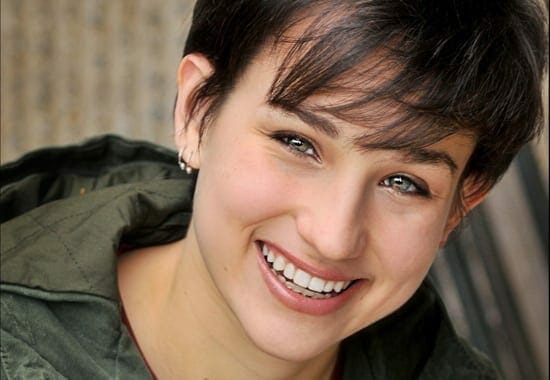 ArtsATL profiled Bex Taylor-Klaus in 2013 for our "30 Under 30" series after her breakout role in the television series "The Killing."

Editor’s Note: When we profiled Bex Taylor-Klaus in 2013 for our “30 Under 30” series, the actor was 18 and making waves in Hollywood. The Atlanta native’s breakout role as Bullet in the AMC series The Killing had just ended with the  character’s death. Taylor-Klaus has gone on to work with Jennifer Aniston in the 2018 film Dumplin’ and can be seen on the new Fox TV series Deputy that is filmed in Atlanta.

To celebrate our 10th anniversary, each week we’re republishing a story from our archives that sparked strong reaction from readers, showcased great writing or marked historical hallmarks in the evolution of Atlanta’s arts community. Although Taylor-Klaus came out as nonbinary in 2018 and has stated a preference for they/them pronouns, this article has not been updated and appears as originally published in 2013.

Even at her first audition, at age 16, she stood out. “I could see all these people sitting there wiggling, shaking,” she recalled. “For some reason, I felt totally at ease. I felt more solid standing there than every other day at school. It just felt right.”

Now almost 19, Taylor-Klaus has achieved the kind of success most actors chase for years. She joined The Killing in its third season, playing Bullet, a gritty lesbian runaway living on the streets of Seattle. After a friend disappears, Bullet starts working, sometimes reluctantly, with police detectives Sarah Linden (Mireille Enos) and Stephen Holder (Joel Kinnaman) to track down a serial killer who preys on young prostitutes. 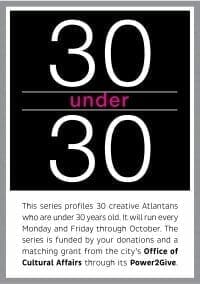 In a gut-wrenching episode — and here’s where we provide the requisite spoiler alert — it was revealed that Bullet had become a victim herself when her body was discovered in the trunk of a suspect’s car.

When we talked to her in June, Taylor-Klaus was enjoying a much more pleasant setting, the Starbucks at Ansley Mall. She was spending  downtime with her family in Atlanta after production had wrapped, sworn to secrecy about how her story arc had ended. Before heading back to L.A. for a short film, she caught up with cousins, visited favorite spots such as Willy’s and Piedmont Park, and tried to take a few moments to let everything sink in.

“I’m still getting it through my thick skull that this actually happened,” she said. “I thought [my first role] would be something small, a guest star or a walk-on. This is a dream come true.”

The dream started as a hobby. As a child, she was active in school plays at Paideia while balancing that with her other passion, sports. She has participated in almost every type of sporting event, from organized teams to pickup games. She sees overlaps between acting and athletics, especially with her favorite sport, softball.

“I play catcher, and I’m in control of the whole field,” Taylor-Klaus said. “I have to pay attention to everything: the batter, the pitches they can’t hit, the runners. I have to know everything. It’s the same with acting. You have one world where you are your character, but you’re also in a world where you have to be aware of the camera, you have to know where to step and what you’re supposed to say.”

Her local theatrical training included two summers with Atlanta Workshop Players, a performing arts program that offers day camps for young people. One of her counselors was Daniel Platzman, now on tour as the drummer for the Top 40 band Imagine Dragons. “She was definitely one of the kids who stood out,” Platzman said of Taylor-Klaus. “She grasped all the concepts really quickly. I am not surprised by her success at all.” 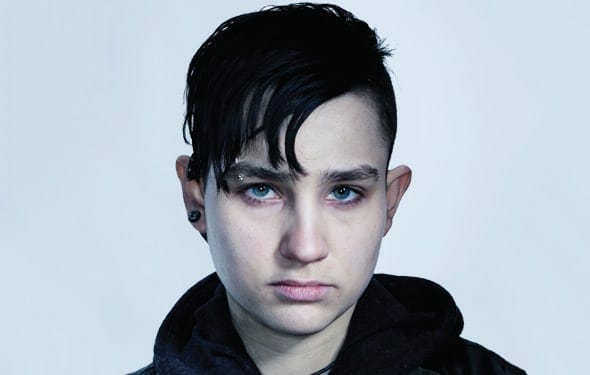 Taylor-Klaus’ role of Bullet was tagged as the third-season “MVP” of “The Killing” television series.

But as much as she enjoyed acting in school, she never considered it as a potential full-time career until one November weekend in 2010, when she and her siblings went to an open audition for Celebrity Star Event, a training program that conducted talent searches nationwide. Taylor-Klaus saw it mostly as a lark, while her younger brother and sister were excited to meet the actors running the event, Phill Lewis and Adrian R’Mante from the Disney Channel’s The Suite Life of Zack & Cody.

The morning of the audition, Taylor-Klaus quickly put together a monologue, and halfway through her performance, Lewis broke in: “You have something,” he told her. “Don’t ever stop.”

She took his advice and enrolled in the program’s summer camp in Los Angeles. From there, R’Mante invited her back for his 2012 pilot season intensive, where he showcases his top students for industry talent agents. He says that after Taylor-Klaus’ performance, she immediately had agencies fighting to sign her. “Bex is going to be a major star,” he declared. “She is going to be Charlize Theron.”

After coaching Taylor-Klaus for more than two years, R’Mante considers her one of his program’s biggest success stories. But he acknowledges that all the training in the world is no match for natural skill. “You can’t teach personality,” he said. “You can’t teach how to be real. You just get it or you don’t. She gets it.”

With the support of her parents, who are both life coaches, Taylor-Klaus made the move to L.A. last August, on her 18th birthday. In February, she got her first call for The Killing.

Taylor-Klaus at her high school graduation in May, wearing her “Bullet” boots.

Before her untimely demise, Bullet had become a breakout character for viewers and critics alike. The pop culture site A.V. Club labeled her the “season-three MVP,” while Salon had declared that Taylor-Klaus is “one of the best reasons to watch the show.”

For Taylor-Klaus, her sadness at the character’s death is about more than just no longer being part of the cast. She feels the loss of Bullet as a person and mourns the character’s potential beyond the eight episodes in which she appeared. “I knew everything she wanted to do when she grew up,” Taylor-Klaus said in a follow-up conversation this week. “I knew who she was, who she wanted to be, and then I watched it all get taken away.”

In contrast to the dark, intense world Bullet inhabited, Taylor-Klaus embraces her goofball side both on the set and off. She reveled in cracking up her co-stars between takes, and she enjoys interacting with fans through her social media accounts by trying to come up with “the weirdest, most ridiculous” answers to their questions. When one fan asked what she’s going to wear when she wins an Emmy Award, she replied, “A life-size Tyrannosaurus Rex costume so I can be T Bex.” (“Bex,” by the way, is short for Rebecca.)

And even though she now lives roughly 3,000 miles from home, her family’s influence remains strong, especially against the more superficial aspects of Hollywood. “They’re always there to lend a helpful insult whenever my ego gets too big,” she joked. “Just because they’re my family, and I love them and they love me.”

Regardless of where her career takes her next, she said playing Bullet has affected her “in the best possible way,” giving her a renewed confidence and determination as she looks forward. “As an actor, you’re given a character as kind of a shell, and it’s your job to breathe life into it,” she said. “Bullet’s the one who breathed life into me.”