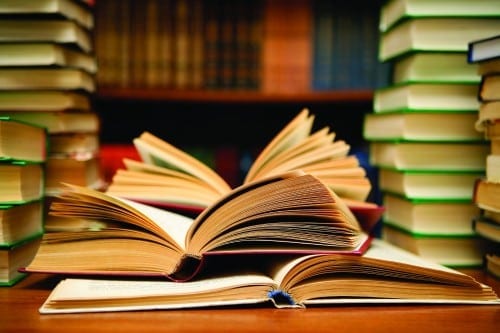 Year in Review: Six Atlantans share their favorite books of 2014 ArtsATL asked six prominent Atlantans to share a favorite book from their 2014 reading lists and received a diverse array of responses, encompassing fiction, history, biography and psychology. Here’s what they had to say about their picks. It’s a very interesting story of a multigenerational Texas family. I found that the book has a grittiness (due to violence) but with an unraveling quality that makes it very commanding. It really draws you in. It’s a very engrossing storyline. Chef Gillespie, owner of Gunshow restaurant, is author of the James Beard Finalist cookbook Fire in My Belly. Sheffield Hale: Rebellion: The History of England from James I to the Glorious Revolution by Peter Ackroyd

Rebellion is a beautifully written narrative history that describes a period of British history that is critical to establishing an understanding of the development of the American colonies and the political worldview surrounding the American Revolution. If I am interested in a period of history — whether it be the Revolution, the American Civil War or the modern civil rights movement — I find it always revealing to look into the preceding period. What seems to be an obvious outcome to us was seldom foreseeable at the time. Hale is the president and CEO of the Atlanta History Center. Kwanza Hall: Building Atlanta: How I Broke Through Segregation to Launch a Business Empire by Herman J. Russell

Mr. Russell was a visionary. He was the first developer to believe in the Old Fourth Ward, long before it became one of Atlanta’s hottest neighborhoods. His life story is such an inspiration. Not many shoe-shine boys become advisers to presidents. Read this autobiography and you will understand why public-private partnerships are at the heart of Atlanta’s success. Hall represents District 2 on the Atlanta City Council. The premise of this story is so fascinating. It’s about an African American woman from California who inherits a sugar plantation in Louisiana. The characters are so well drawn and so alive. The writing is wonderful. I read it in January before it came out, and I’m still thinking about it now in December. Jackson is a New York Times best-selling author, most recently of Someone Else’s Love Story, and a Townsend Prize nominee. The author’s background in psychotherapy and Buddhist meditation gives him a unique and deep insight into our various relationships and how to make them more loving and enriching. Spano is the music director of the Atlanta Symphony Orchestra. This novel is full of exquisite prose and has such a captivating story. I was amazed at the intricacy of it and the amount of research Waldman had to do. The story jumps between the present, Salzburg in 1945 and Budapest in 1913 as a young woman searches for the meaning of a piece her grandfather gave her when he died. It was thoroughly engaging. Reitzes hosts WABE’s Second Cup Concert and is producer and host of WABE’s Atlanta Symphony Orchestra broadcasts and Spivey Soiree series.