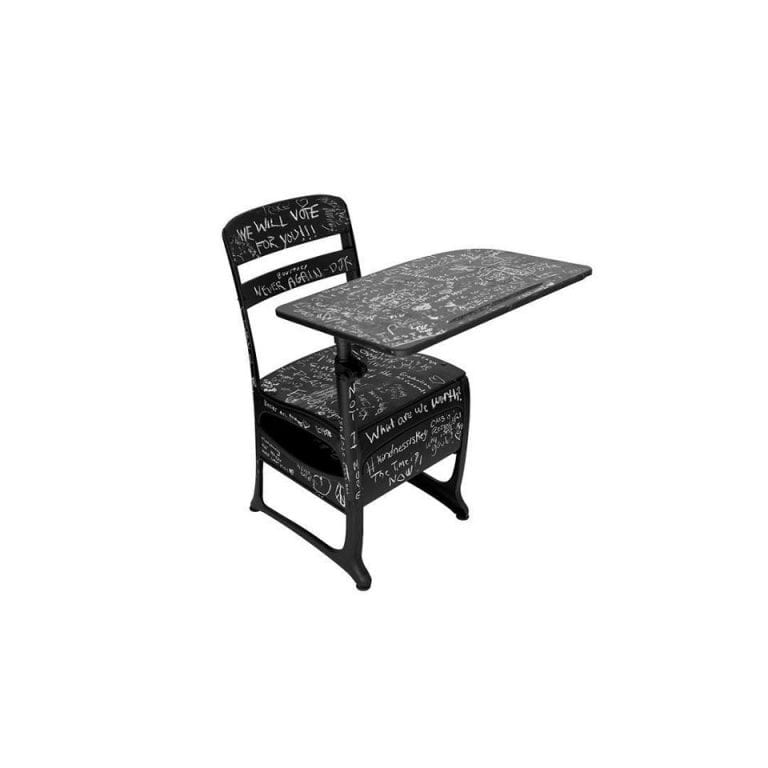 Year in Review: Our critics look back at the year in Art + Design

This was a remarkable year on the Atlanta art scene. From a total rethink of the High Museum’s permanent collection to the scrappy, ever-evolving Eyedrum celebrating an incredible two decades, these are the events we’ll carry with us as 2018 gives way to 2019.

The High Museum is on a roll. Maybe “shake-up” is the better description. This year it presented the boundary-blurring Outliers and American Vanguard Art, which deepens and complicates the relationships between trained and self-taught artists, and Yayoi Kusama: Infinity Mirrors, a tribute to an outlier of sorts as a Japanese woman, who only entered the canon in recent years. In a similar spirit, the house-curated Al Taylor, What Are You Looking At? recognized an artist just getting his due. Perhaps most importantly, the museum shook up the presentation of its own collection. This involved the reworking and reallocation of galleries in its three-building campus, which resulted in expanded spaces for photography and African and contemporary art and cross-disciplinary juxtapositions to suggest influences and shared themes.

The reinstallation encompasses 1,441 works, some familiar, some long hidden in storage, and 400 new acquisitions. Most dramatically, this iteration exponentially increases the presence of works by artists of color. These days most general museums say diversity is a goal, but none I’ve visited of late has so assiduously honored its commitment.

Also notable: Adding to its family-friendly efforts, the museum created a new children’s exhibition and doubled its size. –CF

Joseph Guay took his art to the streets with Missed Attendance at the March for Our Lives demonstration in Downtown Atlanta on March 24, 2018. Guay found 14 school desks, which he painted with black chalkboard paint and lined up in two rows along Martin Luther King Drive as part of the protest. These desks were presented “in honor of the 14 Marjory Stoneman Douglas High School students that will never get to sit in a classroom again.” Participants from the march wrote on the desks with chalk to express their feelings about gun violence in Atlanta and school shootings in America. Guay confronts social and political issues directly in works that engage, implicate and challenge the viewer. —DS

Atlanta Celebrates Photography celebrated its own 20th year beginning in October. With more than 140 photo-related events popping up all around Atlanta, the festival has continued to inspire and bring high-caliber events to the city. To have Annie Leibovitz close the festivities was certainly no small feat. The festival did an equally beautiful job in bringing together a community of photo-enthusiasts in the fall and giving them the occasion to show off their work in unexpected places and small art spaces alike. What started as a vague idea to invigorate the Atlanta photography scene 20 years ago has become a true celebration of the medium and a sought-after festival dedicated to an art form that keeps reinventing itself.  –VK

Mildred Thompson (1936–2003), an Atlanta artist who is finally being recognized posthumously, wanted her art to make the “invisible visible.” Although Thompson was not well-known during her lifetime, her work was shown in four significant venues on the global art stage during 2018. Radiation Explorations and Magnetic Fields at Galerie Lelong in New York City (February 22–April 21, 2018) was an exuberant exhibition of swirling forms in brightly hued oil paint on canvas from the ’90s. Thompson’s work was also shown at Art Basel in Miami Beach earlier this month in the Kabinett sector. This show focused on the artist’s work from the ’60s and ’70s while she lived in Germany, geometric collages made with found wood repurposed into exquisite works of art. A series of these works is featured in a current exhibition, Against the Grain, at the New Orleans Museum of Art from October 19 to August 31, 2019. Thompson’s two-dimensional and three-dimensional works in wood were also shown at the Berlin Biennale (May 9–September 9, 2018). These abstract wood collages are compositionally as powerful as they are elegant. It is great to see this Atlanta artist’s work have a presence in the art world, even if not in her lifetime. —DS

Eyedrum celebrated two decades of unwavering support for progressive and DIY visual and performing arts with a massive event at The Metropolitan studio/office development in the West End. Hundreds of attendees wandered through a cavernous, unfinished warehouse filled with kinetic sculptures and LED light environments while listening to the sounds of Cantos y Cuentos, Bent Frequency, Gold Sparkle Band and Duet for Theremin and Lap Steel. –-DD

#1960Now: Photographs of Civil Rights Activists and Black Lives Matter Protests by Sheila Pree Bright, published by Chronicle Books, is art that looks forward as it looks back into the past. Pree Bright’s book records the Black Lives Matter protests across this country. Her tonally rich black-and-white images are of protesters sitting down in the streets, of silent marches, of tears falling from the eyes of a protester. By juxtaposing civil rights activists with Black Lives Matter, Pree Bright shows the continuity of the Civil Rights Movement over several decades. Change is here and now. —DS

John Folsom’s solo exhibition at Hathaway Gallery (September 8–November 8, 2018), The Vanishing, featured photographs whose surfaces are treated with oil and wax to obscure and rearticulate the landscapes that Folsom seeks to preserve. The swamps he depicts are disappearing at the rate of a football field an hour. Folsom makes atmospheric images of the swamps, then grids and slices them and treats them with a surface patina that makes the images look as wet and saturated as the swamps themselves. Sculptures made from chunks of bulletproof plexiglass embedded with printed images are layered and cradled on tall platforms made from repurposed rebar. These artworks are an elegy to a place that is soon to be lost: the Southern swampland. —DS

Weeping May Endure For a Night: The Funeral of Dr. Martin Luther King, Jr. Through the Lens of Declan Haun. Margaret Mitchell House.

This April marked the 50th anniversary of the assassination of Dr. Martin Luther King, Jr. The moment was marked publicly and privately throughout the city, but two of the better institutional shows examined those turbulent times through photography. Weeping May Endure For a Night: The Funeral of Dr. Martin Luther King, Jr. Through the Lens of Declan Haun at the Margaret Mitchell House at Atlanta History Center Midtown collected 25 photographs by the Chicago photojournalist, taken, as the title suggests, at the civil rights leader’s funeral and seen together here for the first time. These simple but powerful images of the experience of a tragic loss prove that grief may well be humanity’s deepest expression. –DM

Lauri Stallings: rather than some things appearing to rise up soft to your chest and a whole lotta’ mercy. August 11–October 20. Hudgens Center for the Arts.

Light and color emanated in the exhibition by Hudgens Prize winner Lauri Stallings at the Hudgens Center titled rather than some things appearing to rise up soft to your chest and a whole lotta’ mercy (August 11–October 20, 2018). The hallway entrance to the gallery had colored theatrical lighting gels on the skylights, filling the space with warm golden and rose colors. In the main space, gestural passages of pigment that echoed these hues undulated along the canvas-covered floor and rose up the walls. Among richly colored fabrics, Stallings’ company of movement artists, glo, made multiple performances, their bodies echoing the movement of the pigment and interacting with both the space and the audience. —DS

The High Museum’s “A Fire No Water Could Put Out”: Civil Rights Photography presented 40 photographs selected from the High’s collection of over 300 images. Though it felt smaller than the Haun show (and I wished for more), it covered a much larger period, from 1957 to the present, from Charles Moore’s photograph of King’s 1958 arrest at a Montgomery lunch counter to images from Sheila Pree Bright’s #1960Now series. With stirring documentary and quiet commentary, sometimes in the same image, the High illustrated how photography not only chronicles but often shapes history. –DM

Genevieve Arnold (1928–2005), an exhibition composed of works by the artist in the collection of MOCA GA, along with recent and promised gifts, is a powerful presentation of Arnold’s work ranging from early graphite drawings and prints that chronicle her travels to later abstract works made in mixed media on tracing paper mounted on canvas. These dark and luxurious works in intense black hues are a sumptuous reminder of this artist’s prowess. Works such as Blue (2004) are layered abstractions that create great atmosphere and intensity. For Japanese Garden #1, #2 and #3 (2000), Arnold mixed ashes with pigment and wax to create images that are celestial and otherworldly both in their spatial structure and the power of their surface structures. This mini-retrospective is a journey for both the eyes and the soul, one well worth taking. —DS

In the late 1960s and early 1970s, images of the Civil Rights Movement often and necessarily eclipsed those of ordinary domestic and community life in black neighborhoods. But Atlanta street photographer Rusty Miller made an indelible and faithful record of a time and a place in the heart of our city, so much of which has since been erased by urban development and gentrification. With 50 never-before-exhibited silver gelatin prints, Rusty Miller: The Compassionate Eye in Forgotten Atlanta at Gallery 72 posthumously delivered the photographer’s joy, curiosity, respect and compassion, along with something of a prescient nostalgia, an anticipatory look back to something before it has gone. Miller’s profound empathy for his subjects shone through every one of them — all good, many great without a shred of sentimentality, stilling time and manifesting Eudora Welty’s belief that a good photograph captures transience and stops “a moment from running away.” –DM

The work may change, but it’s still always about painting for acclaimed Atlanta artist Deanna Sirlin, whose show at Gallery 72 revealed interesting new directions and materials. The famous transpariences, collages (often comprising densely layered bits of the discarded transparencies) and a hypnotic animation created in collaboration with New York-based artist Matthew Ostrowski all brought to light the beauty of familiar territories alongside the fun and joy of luminous new explorations. –AA

More Than Self: Living the Vietnam War at the Atlanta History Center brought back a moment unknown to some, lost to many others, but never, ever to those who lived it. Full of grace, intelligence and a keen sensitivity, this unassuming exhibition was the finest on the Vietnam War I’ve encountered. With firsthand narrative and personal artifacts shared by Atlanta veterans, curator Sue Verhoef, the center’s director of oral history and genealogy, proved the adage that the personal, when told well and deeply enough, can become universal. –DM

‘Til the Lights Go Out. November 15. Hathaway Gallery.

A move to new space became a moment of potent symbolism for Hathaway Gallery. Eighteen gallery artists curated by Scott Ingram created wall drawings, paintings and installations for a final show in the old space, works designed to remain in place on the walls during the building’s demolition. In a rapidly changing Atlanta, the simple gesture spoke volumes. –AA