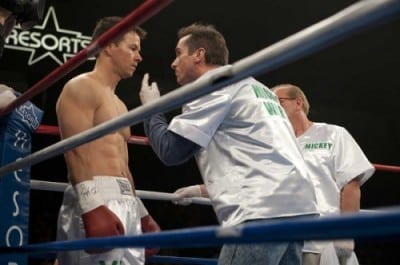 There aren’t a lot of reasons to dislike David O. Russell’s “The Fighter.” But the few that exist are scary. No movie that’s bucking for Oscar consideration — certainly not one by an independent director — wants to be dismissed as clichéd or familiar. And yet that’s what “The Fighter” feels like: a greatest-hits collection of every boxing movie ever made, or even a greatest-hits collection of every movie made about brothers, or every boxing movie with distracting dames.

Or all of the above. Think Joey and Jake LaMotta in “Raging Bull,” Midge and Connie Kelly in “Champion” and, if you’ll forgive the lack of a blood relationship, Rocky and Paulie Pennino in “Rocky.” (They may as well have been brothers.) Or even Terry and Charlie Malloy in “On the Waterfront,” which is a boxing movie in its own way. Then think Vicky LaMotta (Cathy Moriarty), Grace Diamond (Marilyn Maxwell) and Adrian Pennino in “Rocky,” and Edie Doyle (Eva Marie Saint) in “On the Waterfront.” In each of these films, the relationship between two men is compromised by their conflicting goals and needs, and having women around doesn’t make life any easier. 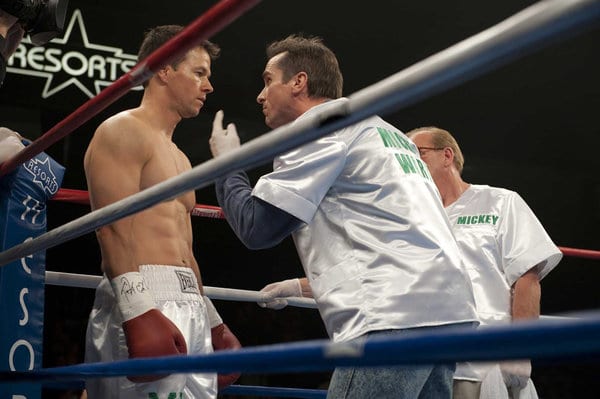 So why does “The Fighter” stay in the ring of my consciousness hours after having seen it? Maybe it’s because Russell (“I Heart Huckabees,” “Three Kings”), better than most directors, understands that boxing can be a part of a character’s life but doesn’t have to define him, and that it’s how he handles himself outside the ring that really matters.

In going toe to toe with the true-life story of boxing half-brothers Dicky and Micky Ward, Russell has achieved something ironically tender and real. Rarely are so many characters in a movie about boxing so three-dimensional, their motivations so entirely believable even if their actions are so wrong-headed. 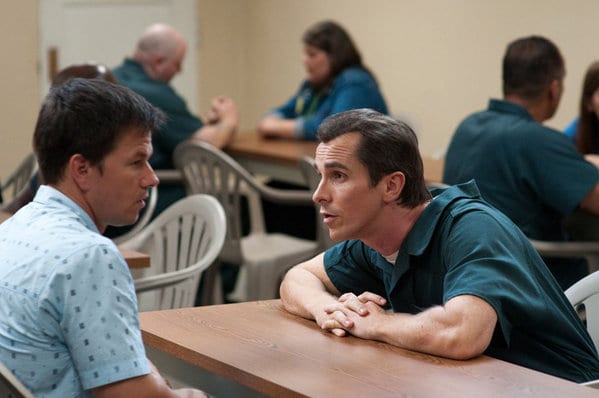 Ever since they were kids, Dicky (Christian Bale) and Micky (Mark Wahlberg) have lived lives defined by the ring. Dicky’s star burned bright and short, and for the past 15 years he has been living off the fact that he (apparently) knocked down Sugar Ray Leonard in 1978. Dicky is now a crack addict in their hometown of Lowell, Mass. — as much a black hole as is Boston in another fine 2010 film, “The Town,” not to mention “Gone Baby Gone” and “Mystic River.”

Micky, living in his older brother’s shadow for years, is still in the ring, and while he shows promise, his career is stalling out. He’s been getting pummeled by one poorly chosen opponent after another, thanks to the advice of his manager mother Alice (Melissa Leo) and Dicky, who serves as his trainer when he’s not on the pipe.

No one seems to be looking out for Micky, or at least is strong-willed enough to stand up to Dicky and Alice, until Micky sets his eyes on neighborhood bartender Charlene (Amy Adams). Charlene, by neighborhood standards, is uppity; she was a high school track star who attended college but never got out.

Charlene knows the idea of success more than she’s achieved it, and so when Micky softly, genuinely looks her way — past the drunks who tip her every time she stoops to pick tips off the floor — she knows a winner when she sees one. She also sees losers throughout Micky’s family, and it’s the battles for Micky’s soul that really ignite “The Fighter.” But it’s a believable and fair fight. No matter how deluded Dicky may be, no matter how dominating Alice may be, they believe they’re doing what’s best for the family’s next hope. 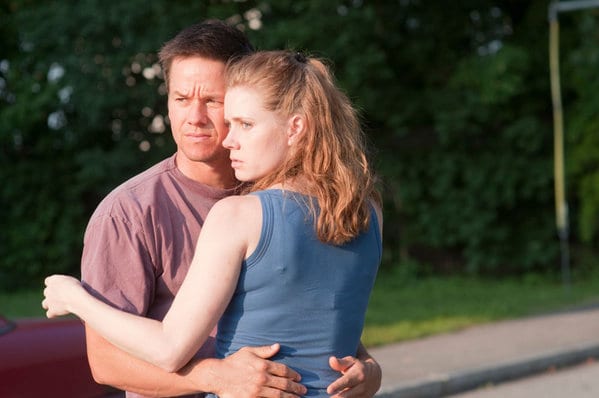 It’s the most bizarre love triangle I’ve seen in a boxing movie. And while this story of ultimate redemption may feel familiar with each frame, the resolution — even if it’s not that startling — pushes it toward the top of my list of boxing movies.

“On the Waterfront” works in this context as a boxing movie because of the way Marlon Brando gives us a man whose failure in the ring threatens to define the rest of his life. His relationship with his brother Charlie (Rod Steiger) has been tainted by the way Charlie handles Terry’s career. It’s all revealed in the famous car scene — that Charlie, going for the “short money,” ruined Terry. It takes a woman, Edie, to help him come to his senses.

In “Raging Bull,” Joey (Joe Pesci) is trying to keep Jake (Robert De Niro) focused on the shrewd path to the title that he’s constructed, only to watch Jake become unglued thanks to his jealousies and suspicions over his wife Vicky. (If you were married to Cathy Moriarty, you’d be wrapped a little tight, too.)

Going further back, Connie Kelly (Arthur Kennedy) is similarly challenged to focus his brother Midge (Kirk Douglas) in 1949’s “Champion,” but Midge is blinded by greed and avarice as he burns through opponents and women, and flouts the tricky but vengeful boxing system ruled by the mob.

In “The Fighter,” Dicky and Alice are practically killing Micky with their choice of opponents. Even Charlene the bartender can see it. All she has to do is look at Micky’s bandaged face and, later, his hand. But just as we start to believe that Charlene is the best thing ever to happen to him, the story takes a surprising detour and shows us that Dicky and Alice know a little more about the fight game — and their family — than we previously might have assumed.

The performances might well be the best thing about “The Fighter,” and it’s amazing how well Russell cast the two brothers. As the charismatic and flawed brother Dicky, Bale brings his trademark Method style of acting, filled with mannerisms that initially feel like gimmicky tricks but ultimately add up to a person consumed by his demons. It’s a showy performance, but Bale calibrates the charisma and dials it down when Dicky needs to be at his most humble.

Wahlberg is Bale’s polar opposite as an actor, coming to his craft after a successful singing career, but one built after surviving the mean streets of Boston. There’s always been a natural restlessness about Wahlberg, and while he’s not the most classically trained actor, he comes by his emotions honestly. Together, Bale and Wahlberg offer a cinematic brotherhood that transcends boxing movies and recalls such Cain-and-Abel match-ups as those found in “East of Eden” and “Mean Streets.”

But it’s the female characters who flesh out “The Fighter” in ways no other boxing movie has ever dared, and not just because Amy Adams presents a fiery and feisty love interest. Charlene challenges Micky with the toughest love you’ll ever see in a boxer’s girlfriend, and she’s just as ready to challenge Alice’s wrong-headed approach to managing her son. She’s also quick to stand up to a group of yes-women in the form of Alice’s skanky daughters, and you yearn for a catfight almost as much as a boxing match (and are lightly rewarded toward the end).

Adams easily could have given a showy performance here, but she wisely remains tough and supportive. If there’s flash, it’s in Melissa Leo’s Alice, with her fried and frazzled blond hairdo, salty mouth, caked-on makeup and clothes made for someone 20 years younger. Leo, known for her appearances in TV’s “Law & Order” and her Oscar-nominated turn in “Frozen River,” makes us love Alice just as we’re ready to loathe her for nearly ruining Micky’s career.

“The Fighter” may have us thinking of all those boxing movies that came before, but with a compelling and true story made vivid with fully realized characters, David O. Russell has shown us a different path to the title.