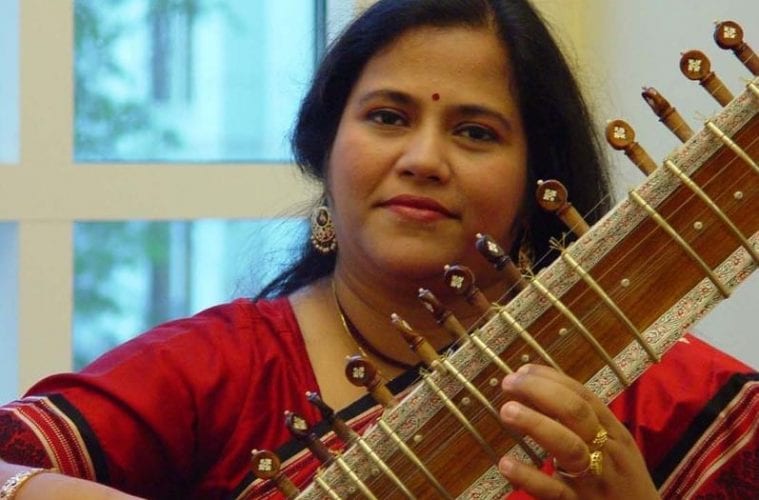 Friday on the Emory University campus, two virtuoso musicians gave recitals. The first, a lunch-hour program at the Carlos Museum, came from the core European tradition; the second, an evening show in Emerson Concert Hall, came from the North Indian classical school.

In a review for today’s AJC — it’s on the front page of the Living section but not available on ajc.com — I wrote that, “by the end of the day the [two concerts] felt utterly kindred. Both highly cultivated, performances of European classical and Hindustani classical have co-habitated, in some contexts, at least since the heyday of colonialism in the 18h century, for better and worse. The sitar, a long-necked plucked instrument, evolved its modern form about the time of the golden age of Italian violin making. It used to seem like they held the same niche in cultures on opposite sides of the globe.

“Yet today, on campuses like Emory’s, it’s plain that the fusty old categories are rapidly vanishing, what with the iTunes generation calling everything a ‘song’ and downloading whatever feels good, regardless of category. Friday’s two recitals, both free, showed how inclusive and overlapping Atlanta’s musical culture is becoming.”

By the latest definition, “classical” music is more about attitudes and an awareness of tradition than it is about place or epoch. From the AJC review:

“The nooner featured David Kim (left), concertmaster of the Philadelphia Orchestra, a plum job in one of the best ensembles in the country. His voice on the violin is dark, richly appointed and concentrated — the essence of the fabled “Philadelphia sound.” As expected with a concertmaster, who is by rank the team leader, Kim’s technique was immaculate and his interpretations shied away from the free-form and the idiosyncratic.

“In Edvard Grieg’s C minor Sonata, with pianist William Ransom, Kim was dapper and polished, with intriguing ideas phrase by phrase, while keeping within a tempered frame. He exploited the sonata’s bold and tender yearnings and made it sound like an almost-masterpiece. For his part, Ransom got the notes and nuances, but the collaboration with Kim felt icy. They were playing together without sharing musical intimacy.

“Kim was an affable speaker, too, telling the crowd about how, more than a decade ago when he played in the Dallas Symphony, his wife had hoped he’d one day land the concertmaster job in Atlanta, to be near her family.

“When Ransom interjected ‘The job is open right now!’ — the Atlanta Symphony has been auditioning candidates for a year — Kim shrugged, shot a knowing smirk to the audience and quickly changed the subject.

“The duo was less effective in opera-themed works — Massenet’s Meditation from ‘Thaïs’ and Sarasate’s ‘Carmen Fantasy’ — where sharply etched personality and bravura would have made the music more vivid. Kim portrayed Gypsy bad-girl Carmen in a high-necked collar and sensible shoes. In short, not enough fantasy, not enough danger.

“Sitar player Kakali Bandyopadhyay (top photo) and tabla player Anjaneya Sastry took the stage for the evening gig. They sat crossed-legged on an Oriental rug, adjusted their microphones and slipped into a Hindustani classical tradition as old as the European model. Some ragas, known as melodic “moods,” that are the basis of their highly elaborate improvisations, date back to the 12th century, some date back a millennium.

“Bandyopadhyay has a doctorate in biotechnology and has worked at the Centers for Disease Control and Prevention, and she’s an Emory artist affiliate, coaching the university’s North Indian music ensemble. On stage, she’s a charismatic performer and, if she was a Georgia native, might be called a demon on her instrument. Like violinist Kim, she studied with masters in her field.

“She opened with a Chandrakaush raga, constructed in a pentatonic (five note) scale and designated for evenings. Bliss. Joined by Sastry on the tabla drums, they jammed in tight rapport through an hour-long opening set, following a slow-fast progression and leading to a blazing, intoxicating finish that any jazz combo — or violin-piano duo — would envy.”