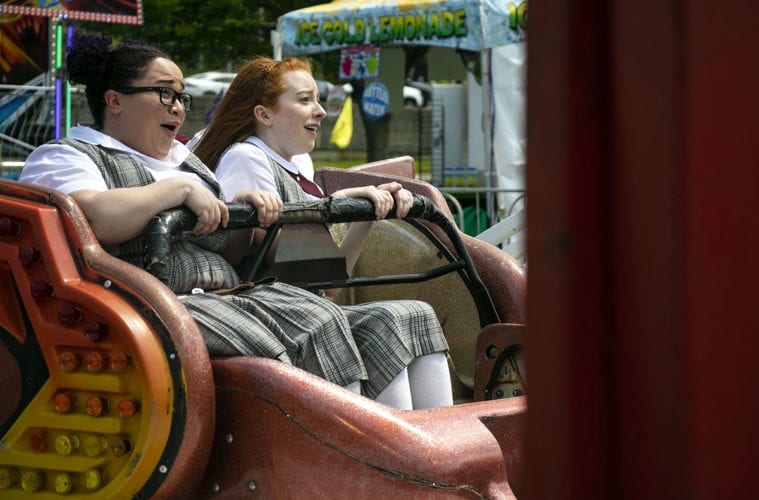 (Photo courtesy of the Alliance Theatre)

Every week, our editors and guest writers give you their top six picks for the weekend’s best shows. This week, a new roller coaster of a musical opens at the Alliance, and a beloved one gets a twist at Serenbe Playhouse. It’s Mother’s Day weekend, so give mom the gift of live theater this week! Also, be sure to check out our metro Atlanta theater map to see a full list of professional theaters by county.

Alliance Theatre, Ride the Cyclone In this dark comedy, the Saint Cassian High School Chamber Choir boards the Cyclone roller coaster at 6:17 p.m., dying minutes later when the front axle breaks, sending them to their tragic demise. When they awake in a strange purgatory, a mechanical fortune teller invites each to tell the story of a life interrupted, with the promise of a prize like no other — a chance for one of them to return to life. Through May 26.

City Springs Theatre Company, Billy Elliot Billy Elliot the Musical is based on the hit film featuring a score by music legend and part-time Atlantan Elton John. Set in a northern English mining town against the background of the 1984 miners’ strike, Billy Elliot the Musical is the inspirational story of a young boy’s struggle against the odds. Follow Billy’s journey as he stumbles out of the boxing ring and into a ballet class, where he discovers a passion for dance that inspires his family and community . . . and changes his life forever. Through May 12.