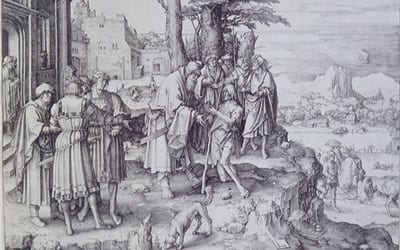 Review: “Scripture for the Eyes,” 16th-century prints at Carlos Museum

The exhibition “Scripture for the Eyes: Bible Illustration in Netherlandish Prints of the Sixteenth Century” is a deep dive into the history, function and production of 16th-century mass media. 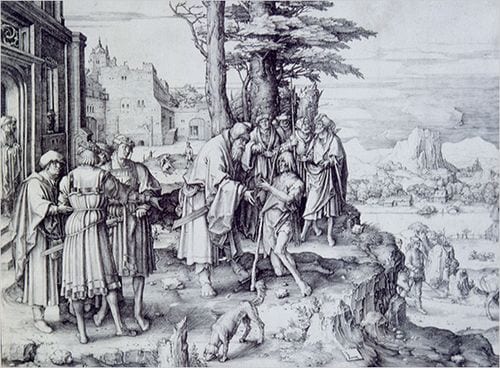 Lucas Van Leyden: "The Return of the Prodigal Son"

Thanks to the scholarship that produced the exhibition and the eponymous book, we come to understand that the etchings, engravings and woodcuts are more than adjuncts to the biblical narrative. The artists and their patrons saw them as a means to purvey values and biblical history as well as political and religious propaganda.

“Christ Gives the Symbols of Power to Phillip II and Pope Gregory XIII” by Jan Wierix, for example, endorsed the notion of divine right and the political connection between the Catholic Church and Spanish royalty in a time when the largely Protestant Netherlands sought independence from Spain.

The exhibition, which I reviewed for the print edition the AJC also offers insights into the artists and the audience of the period. That artist Hendrick Goltzius would conflate a number of Bible stories in “Dissent in the Church” as an editorial on the intolerance and sectarian violence of the day suggests a freedom that status confers, just as the abundance of allegory and symbolism suggests an expectation of media literacy and sophistication from the intended audience. 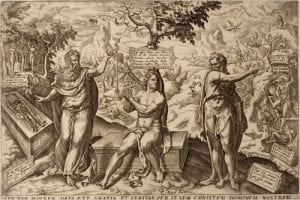 The project, helmed by Emory University professor Walter S. Melion and James Clifton, director of the Sarah Campbell Blaffer Foundation, is exemplary in the depth and breadth of the research and analysis. But it works better as a book.

Too many works of art — especially works of similar scale, subject matter, medium — and too much text make for a daunting, monotonous journey. True, visitors can look at and read as much or as little as they want, but it’s easy to lose focus and steam. A judicious winnowing would have made it a more successful visual experience. 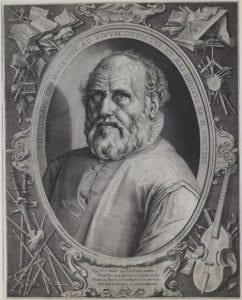 Carlos curator Margaret Shufeldt has enlarged upon the paramaters of “Scriptures” in a companion exhibition, “Old Master Prints: Highlights from the Works on Paper Collection.” This little exhibition includes secular subjects and German and Italian artists from the 16th to 18th centuries. Highlights include several works by virtuoso printmaker Albrecht Durer and Giovanni Battista Piranesi’s remarkable fantasies of ancient Rome.