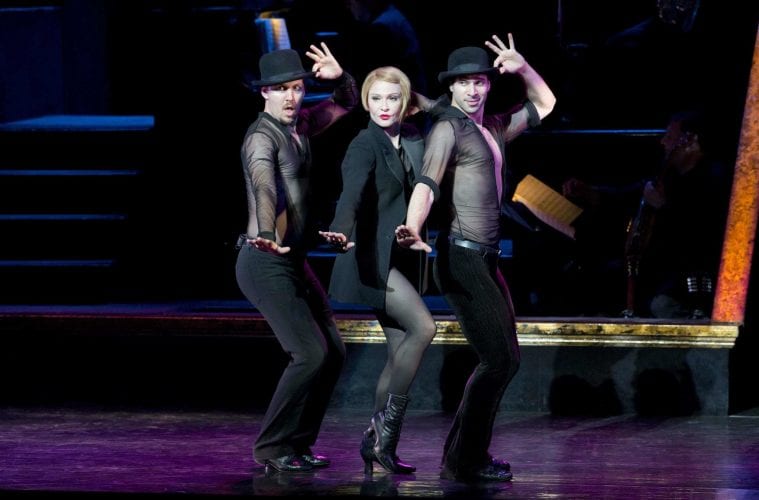 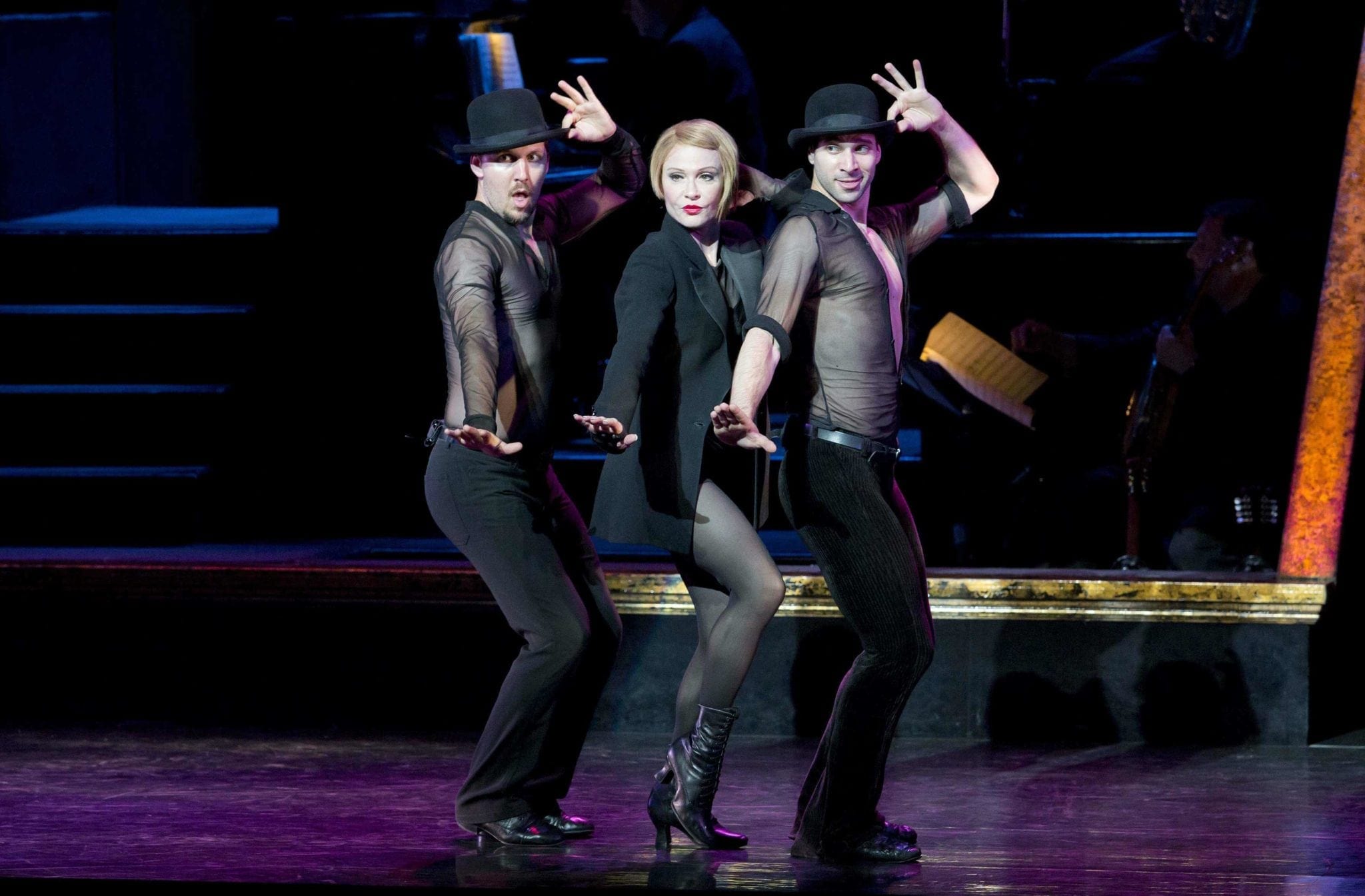 I love the credits page in the program for the touring company of “Chicago,” that delightfully cynical and sassy musical that played at the Cobb Energy Performing Arts Centre through Sunday. Specifically the choreography credits.

That’s a lot of choreographing. But of course “Chicago” is considered to be pure, 100 proof Fosse, the culmination of his distinctive approach, where all the stockings are seamed, all the fedoras are doffed, and enough skin is showing to titillate but not get anyone upset.

(The comedy group Forbidden Broadway once spoofed Fosse’s song “Hey, Big Spender”: “Your dances get right to the point, / And although they’ve got that razzle-dazzle look, / Hey, Bob Fosse, / Spend a little time on the book.”)

No one notices that the book for “Chicago” is a little sparse because no one cares. From the moment a muted trumpet wah-wahs Velma Kelly (Terra C. MacLeod) onstage to slink through “All That Jazz,” about “a whoopee spot where the gin is cold but the piano’s hot,” we just let Fosse (with a huge help from the marvelous songs of Kander and Ebb) carry us along, big number after big number, with some bits of plot tossed in to pass for a narrative.

But what great songs (and dances). There’s the slowly unfolding “Cell Block Tango,” sung by six murderers; the jail matron’s “When You’re Good to Mama” (by the end, Kecia Lewis-Evans has vanquished the movie version’s Queen Latifah); and the sad, strangely moving “Mister Cellophane,” about the man everyone looks right through.

This production gets just about everything right. Tracy Shayne gives her all as Roxie, the desperate, manipulative murderess who is Velma’s rival for media attention. As smooth lawyer Billy Flynn, Tony Yazbeck brings a little of Roger (“Mad Men”) Sterling’s insouciance, if Roger would ever break into a soft shoe. And biggest of props to the chorus, a sexy batch of black-clad men and women who ooze all over the stage and each other, delivering so many of the signature Fosse touches.

Unlike a lot of musicals, “Chicago” actually gets more relevant to our world as it ages. It’s set in the mid-1920s in the title city, in an era when the celebrity-industrial complex was just being formed — an alliance among narcissists who want to be famous without actually doing anything, a media that cares more about the next new thing than about dignity, and a public always willing to wallow a little deeper. It was bad in the ‘20s, and it was worse in 1975, when the play opened on Broadway, but now almost 40 years later, in the age of Kardashians and Honey Boo Boo, that mid-‘70s era seems quaint and restrained.