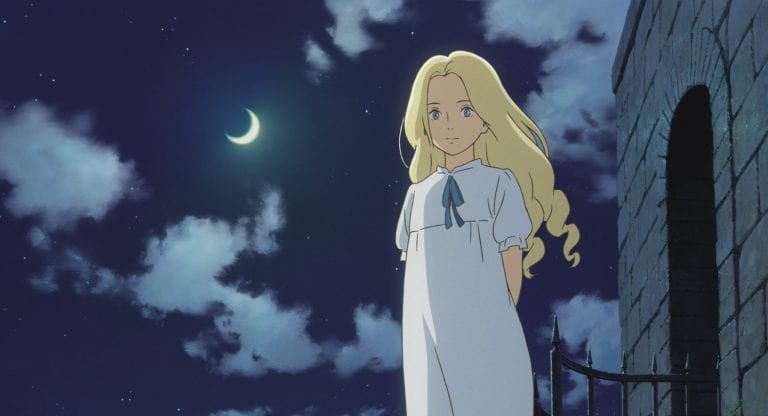 Anna, the 12-year-old heroine of When Marnie Was There.

Review: “Marnie” offers sumptuous animation; “The Overnight” can’t decide what it is 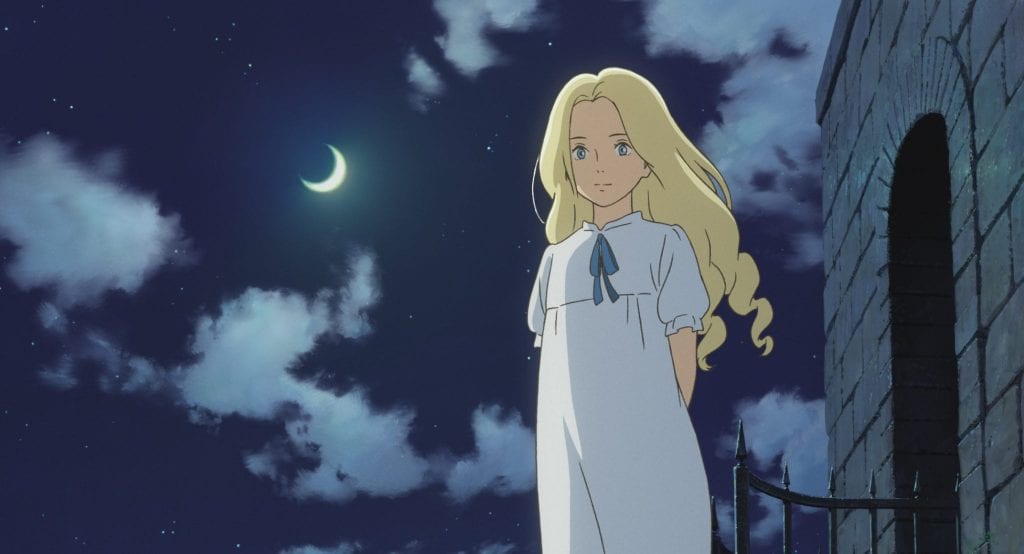 There’s a melancholy drifting through When Marnie Was There that is more than just the mood of the movie. It’s the latest product of Studio Ghibli, creative base of genius Japanese animator Hayao Miyazaki (Spirited Away, Princess Mononoke, My Neighbor Totoro). And the movie just might be the last of its kind. Miyazaki has announced his retirement, and the studio’s future is uncertain.

Still, it’s a strange bird — part ghost story, part study of childhood depression and part (the uncomfortable part) what sometimes seems to be an exploration of homoerotic tween longing.

Our crop-haired heroine is Anna, a 12-year-old living in Sapporo with a mother she calls Yoriko. Anna feels uneasy that she’s a foster child, and having recently learned that Yoriko is paid monthly subsidies for Anna’s upkeep, she feels unloved, despite Yoriko’s obvious devotion to her.

Because of a recent asthma attack, Anna is sent to the oceanside to recuperate in the clean air and spend the summer with Yoriko’s jovial relatives, a couple whose own children have grown up and moved on. An avid sketcher, Anna spends most of her days drawing the landscape … and avoiding kids her own age.

She’s a misfit. So imagine her surprise when she’s befriended by Marnie, the perfect blond girl who lives in Marsh House — the mansion at the edge of the tide that, weirdly, seems to be decrepit and abandoned in daylight hours, but fills with music and glamorous adults in the evenings. Is Marnie a ghost, or perhaps a very vivid imaginary playmate Anna’s mournful mind has summoned? Weirdly, after their encounters, Anna has a bad habit of passing out and being found by strangers on roadsides or in rainstorms.

Possibly even weirder is the girls’ passionate (platonic) connection. Marnie is forever saying things like, “You’re my precious secret — promise me that we’ll remain a secret.” Intentional or not, an inchoate sapphic element weaves through the girls’ meetings. There’s sometimes a stylized, blank-faced, blond-and-pink sex-doll element to the depiction of Marnie, making a couple of scenes feel downright creepy.

No, it doesn’t go there. But these undercurrents make the final-act revelation of Marnie’s identity more strange than satisfying. Still, fans of classic, painstaking animation — and especially the transformative works of Miyazaki and Studio Ghibli — should check the movie out. It’s visually rapturous and admirable in the way it recognizes that preteens can be in the throes of depression, despite our ingrained, false notion that kids are somehow “innocent.”

On a personal note, when the Totoro image used for Studio Ghibli appeared onscreen at the start of the movie, I let out a yelp of delight. I hope this won’t be the last time I enjoy that thrill of recognition and anticipation.

Also opening, at a very far remove from Marnie — geographically as well as just about every other way — is The Overnight.

Now, not many people will remember this. But back in 1990, Natasha Richardson and Rupert Everett played a young couple navigating a new, unfamiliar city who get befriended by a peculiarly seductive, married local couple who show them around. Things go pleasantly at first, then turn a little dark and a little kinky, then much, much worse. The city was Venice, and the other couple (what a pairing!) were Christopher Walken and Helen Mirren. It all ended in a bloody, shocking way. 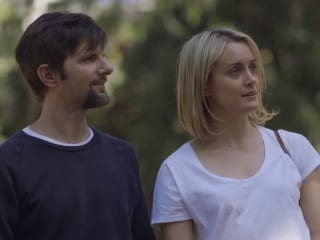 The plot, in broad strokes, is the same for The Overnight. But the city here is Los Angeles, it’s a comedy and while real breasts and fake penises waggle on the screen, no blood is shed — though a lot of pot is smoked.

Adam Scott is Alex, a stay-at home dad newly arrived in L.A. with wife Emily (Taylor Schilling), who has some vaguely undefined corporate job, and their six-year-old son. On the playground, Alex is approached by Kurt (Jason Schartzman), also a dad of a young boy. A West Coast hipster wearing a sort of Amish-y hat, Kurt advises Alex and Emily on the best local oyster bars and best schools, then says, “You know, we have more to discuss.”

Eager to make new friends, Alex and Emily accept an invitation for dinner at the sprawling home Kurt shares with his French wife Charlotte (Judith Godrèche). The hosts are both a little frightening in their cheery hospitality, which includes a lot of wine, a large bong and a pool for skinny-dipping. Alex and Emily go with what they think must be the L.A. flow. Until, as the night lengthens, things get a little more questionable.

Well, at least the movie is short and never boring — for long, at least. The actors are game and playing on the same wavelength. Like the recent would-be sex-shock comedy The D Train, it’s easy to imagine that The Overnight could have been a lot more interesting with a few more rewrites.

We’ll be seeing more of Brice and his work for sure. He’s a pal of the prolific Mark Duplass, and co-wrote and co-stars with him in the upcoming Creep, which also seems to be all about strangers who meet and spend an increasingly uneasy long night together.

When Marnie Was There. An animated feature. Directed by Hiromasa Yonebayashi. Rated PG. 103 minutes. In Japanese with subtitles. At Landmark Midtown Art Cinema.