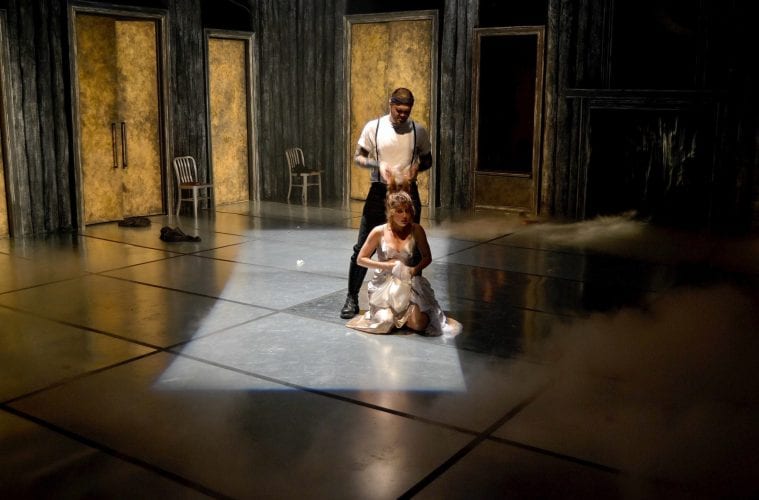 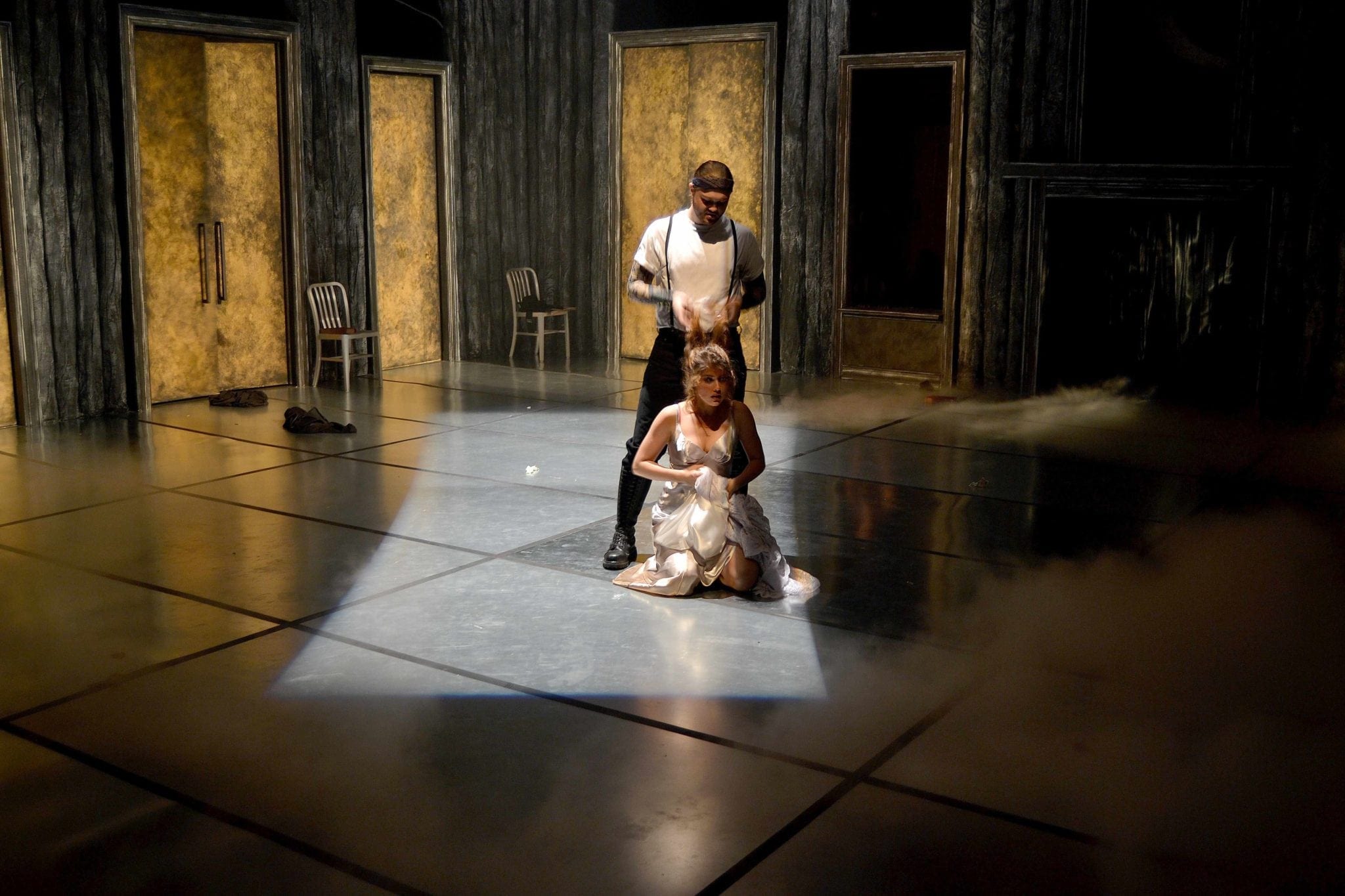 Maybe it’s something in the air, but a few weeks after Halloween, bloodletting is the rage at several local theater companies. Besides the new “Wolves” at Actor’s Express, Theater Emory is offering “Grim, Grimmer, Grimmest: Tales of a Precarious Nature,” running through November 18 at the Mary Gray Munroe Theater.

Originally developed as part of the company’s 2011 “Brave New World” series, the project is based in part on “Nursery and Household Tales” by brothers Jacob and Wilhelm Grimm. “Grim, Grimmer, Grimmest” is not for the easily disturbed, with multiple tales of death and evil. It’s also, alas, not for those who enjoy traditional, linear theater.

With a rather minimal set, save for a swing and backdrop doubling as a forest and the outside of a castle, director Janice Akers and her sizable cast weave their way through a number of sinister stories, each with something of an individual, modern take. First up is the tale of an unfortunate family involving a man, his second wife and his young son’s ultimate and strange demise.

After a promising opening, the show starts to unravel. It becomes almost ADD theater. The segments come fast and furious. One ends, another begins and, because the same actors are involved in almost every scene, they virtually run together. Akers is a fine director with a firm rein, but here she seems undone by the tone.

It’s easy to see why she and the troupe would be attracted to this theatrically. It’s juicy material — cannibalism, bad parenting and deaths, with fairy-tale elements mixed in — and in many of the stories the characters have to wrestle not only with outside forces but with themselves.

Akers creates plenty of mood, such as fog on stage and some nifty visual and sound effects, but the endeavor as a whole comes across as clumsy and often incomprehensible. Separating the stories, or at least staging them at less of a breakneck pace, would have made them easier to digest. As it is, there’s little fun to be had here.

The ensemble comprises five professional actors, among them Cynthia Barrett (Corporate Woman), Ken Hornbeck (Manhattan Businessman) and Lynna Schmidt (Manhattan Woman), and nine student performers. The acting is a mixed bag, as the younger performers don’t quite have the stage presence of their seasoned counterparts. Because the cast is so large, many of the younger members make little impression. One who does is Emma Calabrese, who plays Marlinchen Goth Girl and is a match for the material.

The play has a short run — just two weekends — and it might have been better served during the actual Halloween season. For now, it’s better to wait for Theater Emory’s version of “The Cherry Orchard,” coming this spring and directed by Tim McDonough. “Grim, Grimmer, Grimmest” is frightening all right, but not in the right way.