"Backstage and Other Stories," written and performed by Terry Burrell, is available virtually from Synchronicity Theatre through October 25. Costume design by Tony Fernandez. Props design by Chase Weaver. (Photos by Casey Gardner)

Review: Terry Burrell’s “Backstage and Other Stories” at Synchronicity Theatre

Musicals like Dreamgirls (which Burrell did on Broadway) and Gypsy peel back the curtain for a meta-glimpse into show business or a given personality. Well, life is a cabaret, old chum, and it may forever be an irresistible invitation to us all.

Here’s the thing about Backstage though: Despite its title and original pitch, it doesn’t feature that many stories from Burrell’s backstage life. It’s more musical revue than autobiographical journey, with a series of anecdotes that take us from song to song. This works well enough due to Burrell’s significant charm, talent and impeccable vocal prowess, but it’s hard not to wonder what might have been if the stories had been more deeply explored and expanded. 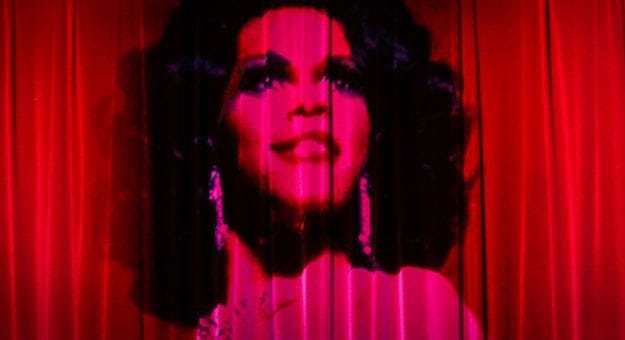 Terry Burrell in an image from her “Dreamgirls” days on Broadway in 1981. Video design by Kimberly Binns.

It’s clear from the hour-or-so run time that Burrell has a surplus of stories from which to choose given her impressive, four-decade-long career. In addition to Dreamgirls, her Broadway credits include The Threepenny Opera, Thoroughly Modern Millie and Stephen Sondheim’s Into the Woods (from which she sings two songs). She’s performed regionally, nationally and internationally.

Burrell cracks open a world of infinite narrative possibilities that tantalize and amuse more than they deliver. As a whole, the show never quite plumbs the depths we wish it would. At one point, for example, Burrell fondly remembers the late, legendary Gregory Hines, with whom she did Broadway’s Eubie. She calls him one of the most “mischievous” actors she’s ever worked with — a fascinating kernel that hints at a larger story. We don’t get one; she just moves on.

Burrell mentions that early in her career, she was so hungry for work that she took gigs at birthday parties and bar mitzvahs. This seems like an excellent setup for a great story about her climb to success. Again, too few details are shared before she turns her focus to victorious auditions and supportive friends, family and castmates.

Solo shows, by their nature, are incredibly personal and all-consuming, with each artist measuring the narrative risks differently. Look at Anna Deavere Smith, Elaine Stritch and John Leguizamo for the many ways in which absorbing nonfiction narratives can be both funny and excruciating. 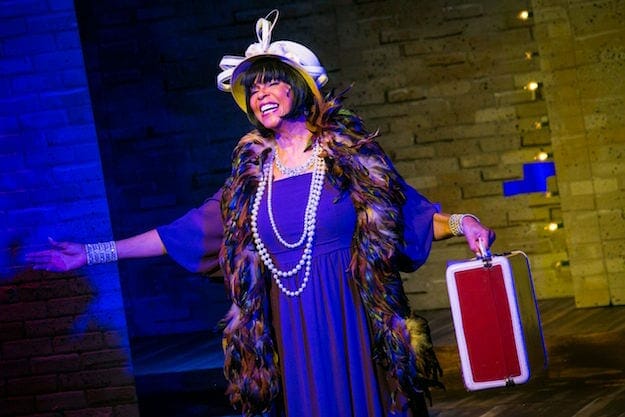 Backstage and Other Stories’ true highlights come when Burrell enters the worlds of those whose pain we know — as in her chameleon-like turn as various singers doing “Stormy Weather.” Theatergoers in Atlanta, where Burrell now lives, may recall her riveting and painful portrayal of jazz icon Billie Holiday in Lady Day at Emerson’s Bar & Grill at Theatrical Outfit (2018) or her triumphant portrayal of Ethel Waters in Ethel — which she wrote and performed — at the Alliance Theatre in 2016.

If you missed those performances, you’re in luck now. Burrell reprises both roles in a single song that creates a sublime moment onstage. She succeeds in giving us each singer’s distinct style but also, almost with the flick of a switch, their wholly different mannerisms and expressions.

Also wonderful is a goose-bump-inducing take on Barbra Streisand’s “Soon It’s Gonna Rain,” which Burrell poignantly ties to memories of her late father. It makes us long for many more of these moments.

Still, as long as Burrell is belting out a tune, there’s power, so this show boasts plenty of power. But no matter how dynamically delivered, the stories don’t quite come together. That’s a shame, because a captivating performer like Burrell could probably read the phone book and make it irresistible. Backstage leaves us wanting so much more.