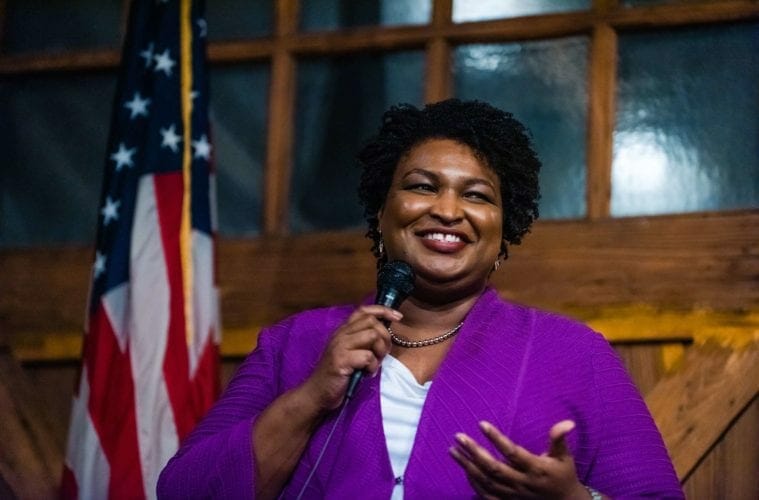 Ahead of her expected campaign in the 2022 governor's race, Stacey Abrams has authored a complex and well-written political thriller, "While Justice Sleeps."

Everyone is waiting for Stacey Abrams to announce her 2022 run for governor of Georgia, but we can meanwhile catch our political thrills from her new novel, While Justice Sleeps (Doubleday, 384 pages). The title is a pun — the action kicks off when a Supreme Court justice falls into a coma, and the question is whether America is prepared to do the right things about it. When I think about who’s going to direct this movie (because that feels super inevitable for reasons related to both the text itself and the high profile of its author), there are more Regina King vibes than Shonda Rhimes or Ava Duvernay vibes.

Abrams has written romance novels before, and the genres are actually quite similar. This is a complex drama of lawyerly intrigues and backroom political dealings, with a dash of evil multinational corporate plotting and a handful of roguish law enforcement officers of varying ranks. Abrams is good at this wide range of psychological portraiture and has crafted characters that are recognizable archetypes yet still specific. The protagonist, Avery Keene, is indeed keen and her viewpoints seem similar to those of Abrams herself. Keene doesn’t trust lawyers or her fellow clerks at the high court, but she does have unerring faith in the law itself. 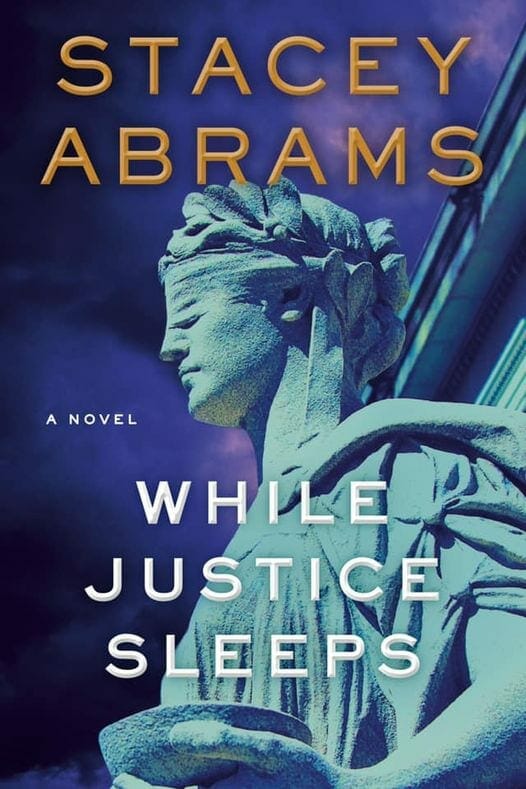 Still, as she assembles her hodgepodge of friends with the skills required to crack the mysterious case of the comatose judge, Keene’s true gift is revealed simply as strategic thinking. She is a chess player — intensely literally and clearly figuratively. Like Abrams, she operates as the leader of the bunch, not the primary lawyer. The team includes her best friend, who happens to be a physician, a possible love interest and sometimes hacker whose family has a conflicting personal interest in the case, and a lowly associate slaving away to make partner at his firm. Let’s not forget the hard-boiled detective who may or may not be feeding info to more than one side, and the military officer who’s either trying to protect or to murder Keene’s crew. Oh, and Keene’s junkie mother, stumbling in every few chapters to muss up the already high stakes of crucial moments in the plot.

The mom helps clarify Abrams’ own family struggle, involving her brother’s drug abuse and how his addiction has been weaponized by her political opponents. The parallels here are not strong, but the thought-provoking conversations about it resonate easily.

The best resemblance to Abrams’ real life, occurring briefly toward the end, had me laughing out loud: There’s a small role for an opposing counsel character named David Ralston, which as Georgians know, happens to be the name of our Speaker of the Georgia House since 2010 and the bane of Abrams’ political existence. So that’s fun.

While Justice Sleeps draws on all of Abrams’ lived experiences within our legal and political systems. Her verdict on that, as evidenced by this novel, is plainly that all high-ranking officials are extremely self-interested. Not exactly a groundbreaking theme, but Abrams’ willingness to call out any and all sides for similarly bad behavior is refreshing. By contrast, Keene’s cohort is a motley crew of D-list bureaucrats and lifelong desk jockeys who happen to take their work and oaths of office seriously. She valorizes the viewpoint of career public servants who are focused on their jobs more than on watching or manufacturing the news.

So however high Abrams’ own political ambitions go, we learn from her novel that she doesn’t expect to find herself in good company when she gets there. Every character at the top of their field seems greedy or worse. Some end up doing a right thing for the wrong reason or by accident. Some take bad actions for noble reasons. And as the plot slow burns its steady way through nearly 400 pages of well-contrived machinations, there are several very real ethical questions posed about biochemical warfare, corporate monopolies, and our system of checks and balances that point toward Abrams’ cogent grasp of the challenges our nation faces.

The happenings in this novel are more forward-looking than nostalgic boilerplate. Abrams even had the good sense to set one especially action-packed sequence of events in a cabin in Georgia, and she will surely insist that the inevitable movie be filmed here. As well as several sequels? The acknowledgments page casually refers to While Justice Sleeps as “the debut” of Avery Keene. This has all the making of a great series. The writing is solid and worth the attention, even considered in a vacuum where one disregards Abrams’ other gig.

Abrams will have a virtual discussion about While Justice Sleeps at 7 p.m. May 18 with New York Times bestselling author Joshilyn Jackson via Charis Books & More.