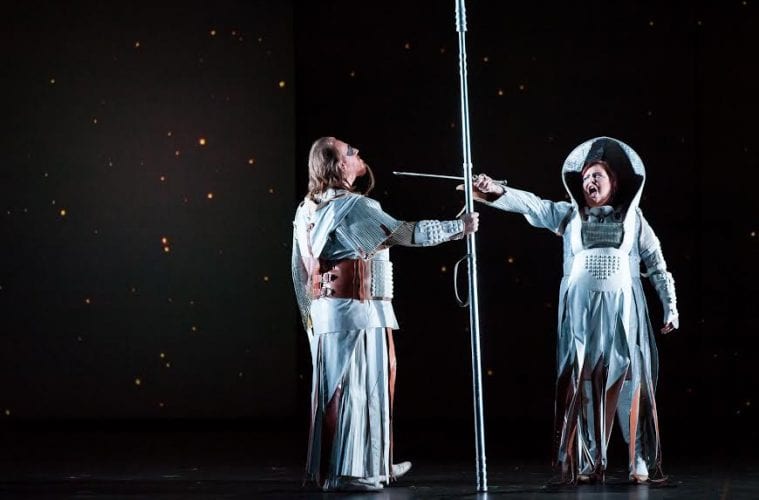 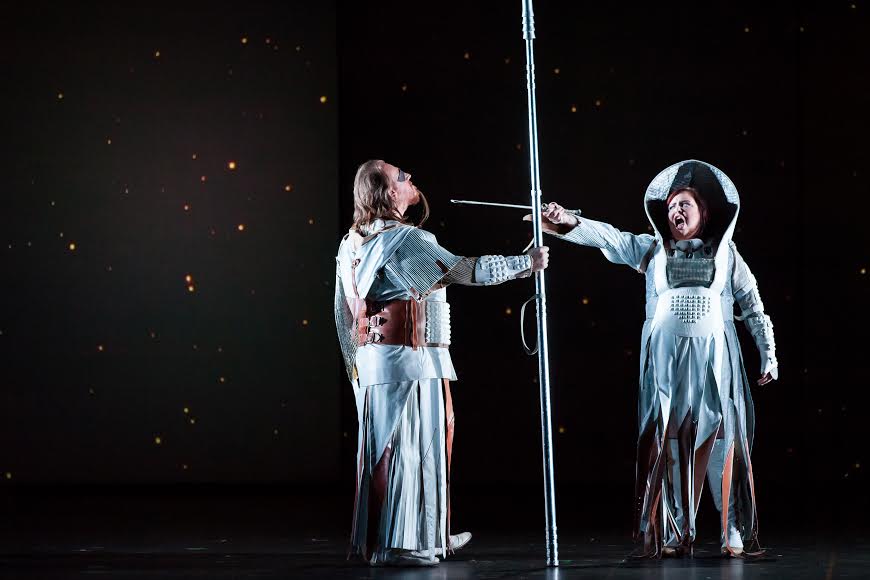 Mezzo-soprano Jamie Barton, a native of Rome, Georgia, is singing the role of Fricka in the Houston Grand Opera production of Wagner’s “Ring” cycle. “Die Walküre,” the second of the four operas, opened last Saturday. Houston is presenting the “Ring” one opera per year, and Barton’s character appears only in “Das Rheingold,” performed last season, and in “Die Walküre.”

I was fortunate enough to hear both performances. In between, I heard her sing the important role of Adalgisa in San Francisco Opera’s new “Norma,” where she replaced Daveda Karanas, who had withdrawn at the eleventh hour. In a review for a magazine, I wrote of that performance: “The evening’s big success went to mezzo-soprano Jamie Barton, the Adalgisa. Barton had earlier sung the role in two performances at the Met, but was still something of a question mark. Here, she displayed a bright, flexible voice, fine legato, and stunning power.”

All of these qualities were in evidence in Barton’s Fricka. The wife of Wotan, Fricka is usually conceived as rather self-righteous and a bit of a nag. Barton can be stiff onstage, but she uses her voice to great effect, and here it seems to have become edgy and a tad shrill compared to her Adalgisa.

Many consider Wagner’s “Ring” to be the greatest musical accomplishment in the history of mankind, and perhaps the greatest artwork ever created. It’s size and complexity — and the demands it places on everyone involved — combine to make it a huge challenge for an opera company, and this is Houston’s first “Ring” (Dallas Opera had presented a full cycle in the 1980s). 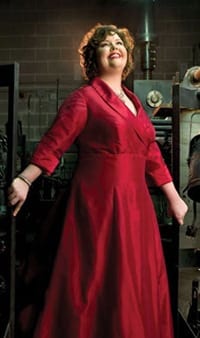 The Houston company has earned a reputation as an interesting place, home of numerous world premieres, international casts and cutting edge productions by major stage directors. For the “Ring,” they brought in a production created seven years ago by La Fura del Baus, the Catalan acrobatic/circus/theater company, in collaboration with Gran Teatre del Liceu in Barcelona.

As is the case with modern “Ring” productions, this one challenges the mind with metaphors small and large, but it also is a visual feast. As the lady sitting next to me said, “It’s like going to the circus, but with great music.”

There certainly has been a lot of “gee whiz” stuff going on visually, and it’s easy to see how the production would have been attractive for Houston. Instead of the usual elaborate sets, it depends on easily transportable state-of-the art projections in a stunning 3-D effect.

The gods move around on cherry-pickers operated by stage hands (a metaphor that for all their perceived power, they are ultimately vulnerable to other forces). From time to time, we get an imaginative acrobatic feast, such as a giant suspended human cylinder (Valhalla) that ended “Das Rheingold,” or the ball of warriors’ bodies that showed up in “Die Walküre.” These were accomplished using local acrobats as supernumeraries.

Many of the principals are, like Barton, ranked among the top international Wagner singers today. Christine Goerke, singing the critical role of Brünhhilde for the second time in her career (she sang it last year in the Canadian Opera “Ring”) has now become the Brünhhilde of choice, already cast in the next revivals of the Lepage “Ring” at the Metropolitan Opera and the new “Ring” to be created at Lyric Opera of Chicago.

On this night, there were a few swoops to reach the “Ho-yo-to-ho’s,” but the notes were there, and the sound was room-filling. Iain Paterson, the Wotan, has a smaller-than-ideal voice, but it projects well, with nice colors and great dignity. The Sigmund, Simon O’Neal, displayed a fine, youthful heldentenor sound. And veteran Karita Mattila was in fine form as Sieglinde.

The weakest element here was the orchestra, led by music director Patrick Summers. His is a slow, spacious reading. This can work at a place like the Metropolitan Opera, where James Levine luxuriates in the magnificent textures of Wagner’s score. But only the greatest of orchestras can pull that off. Here, it has the effect of magnifying flawed entrances, brass splits and cohesion problems. There were reasons why Wagner himself conducted the “Ring” at such a fast clip. 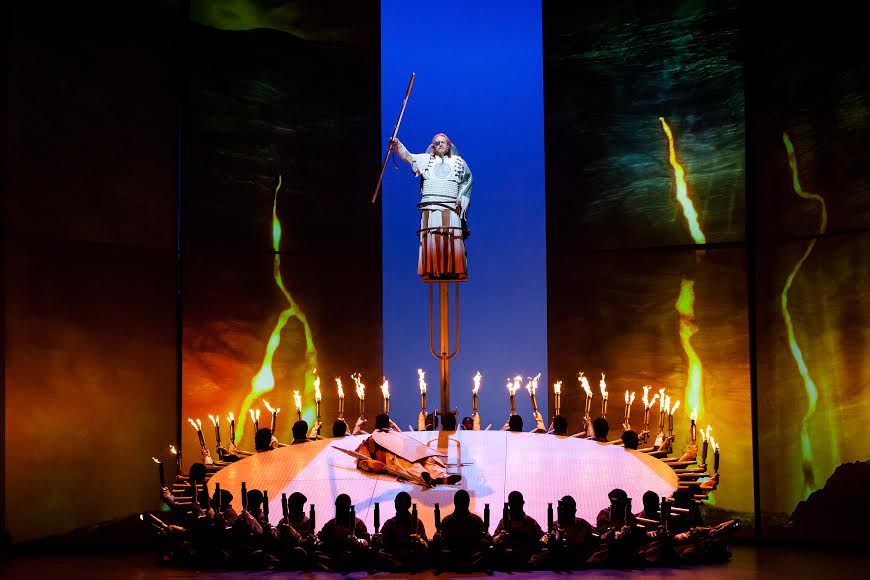 The grand finale of “Die Walküre.” (Photo by Lynn Lane)

Still, this is a monumental accomplishment for Houston. Next year, same time and place: “Siegfried.” Meanwhile, for those interested in the production, the entire 17-and-a-half-hour Barcelona cycle is available on DVD with a different cast, conducted by Zubin Mehta.

Back to Barton: Atlanta had a chance to hear her in recital last November. She was scheduled to sing as a soloist in the Atlanta Symphony Orchestra’s performance of Beethoven’s Ninth Symphony, but the performance was postponed by the lockout. It became part of ASO’s season opener, but without Barton due to a schedule conflict.

Barton’s connection to Houston is strong. She came out of the company’s HGO Studio program, a star factory on par with that of San Francisco Opera and Santa Fe Opera. She maintains a steady calendar of concerts with major orchestras alongside her burgeoning opera career, and the latter is increasingly unfolding in important roles in major houses.