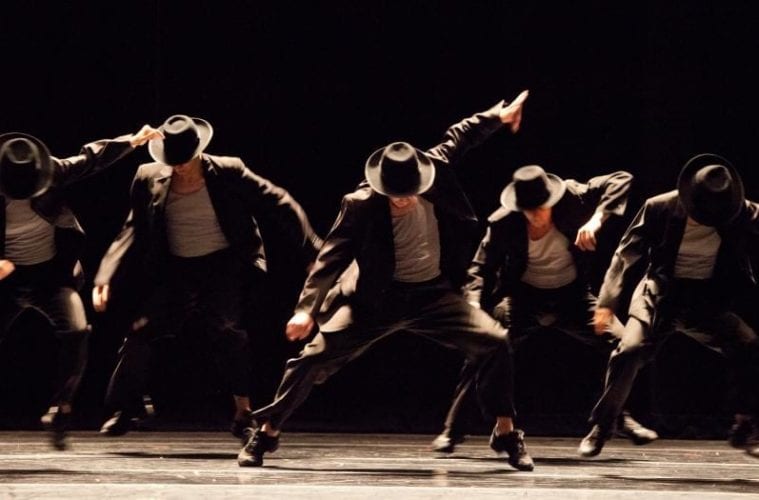 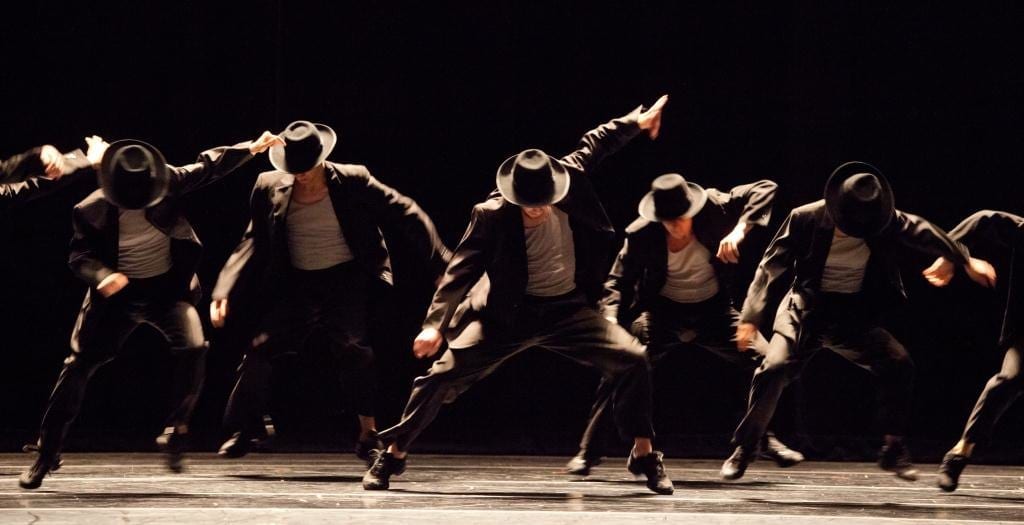 Maybe it’s Gaga technique, Gyrotonics, yoga or some combination of those. Maybe it’s the atmosphere, where dancers are nurtured as individual artists and where creativity is valued over commercialism. Whatever it is, something is happening at Atlanta Ballet, and audiences should take note.

Friday’s opening of “New Choreographic Voices” at the Cobb Energy Performing Arts Centre offered an unusual mix: Christopher Wheeldon’s neoclassical “Rush,” Gina Patterson’s contemporary ballet “I Am” and Ohad Naharin’s outrageous “Minus 16.” This program offered a chance to weigh in: can dancers change styles as quickly as they change costumes? Does Naharin’s Gaga practice — emphasizing the body’s fluidity rather than shape or line, grounded movement rather than “pulled up” pointe work — help rather than hinder classical dancing? Can Naharin’s influence build a better ballet company, in touch with the rhythm and feel of today’s choreography? The concert at the Cobb venue showed that all the answers are a resounding yes.

Wheeldon is a major name on today’s dance scene; he was named artistic associate of the Royal Ballet last year. In its second staging since its Atlanta premiere last May, “Rush” is an important anchor in Atlanta Ballet’s increasingly eclectic repertoire.

To music by Bohuslav Martinu, the abstract work allowed the dancers’ instinctive musicality to shine. Costumed in a spectrum of gem tones, they moved ebulliently through multidimensional patterns and groupings that glorified the classic pas de deux, adding dramatic descents to the floor and playful turning of curved arms inside out.

Abigail Tan-Gamino’s and Jonah Hooper’s central duet revealed the emotional gamut of a romance, from tenderness, trust and optimism through power struggles to a final letting go. The duo performed with fresh spontaneity and serene confidence, risky falls, and breathless transitions and seemingly miraculous ascents that reached into sleek, geometric lines.

The ensemble danced with an unprecedented glow. Naturally, its formations were even and straight, its unison moves in synchrony. But there was also an aura of individuality that emanated from each dancer, giving this piece a special vitality, color and character. 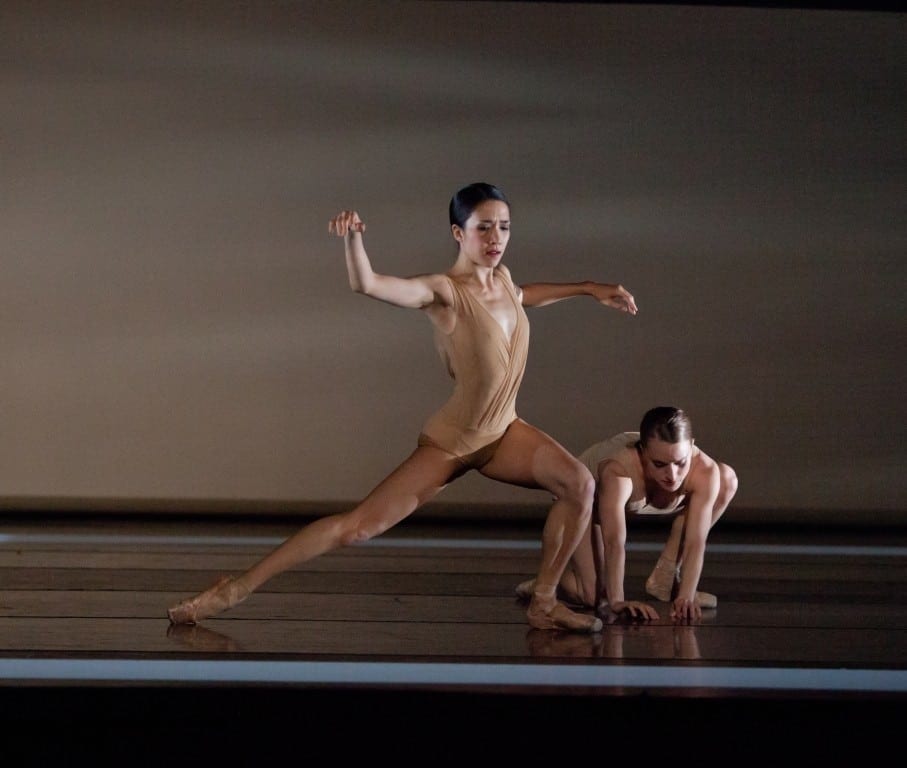 Rachel Van Buskirk (left) and Jackie Nash in “I Am.”

Atlanta Ballet Artistic Director John McFall recognizes his responsibility to give early and mid-career choreographers opportunities to develop their craft, in order to keep American repertoire healthy and strong. He commissioned Gina Patterson‘s “Quietly Walking” in 2011, a work with strengths, weaknesses and an indistinct message. But with Friday evening’s world premiere of “I Am,” Patterson sent forth a clear and exquisite message about shedding human imperfections to discover one’s true self. Set to music ranging from pieces by contemporary composers Max Richter and Arvo Pärt to a rarified “Ave Maria” by J.S. Bach and Charles Gounod, “I Am” was emotionally captivating, its formal values intact.

Patterson’s vocabulary is supple and fluent, both with the freer figures in flesh-colored leotards and those clad in gray jackets, which seemed to represent self-imposed restrictions. They appeared at first in the foreground, while a dark gray scrim seemed to hover above their heads like an overcast cloud. With stunning immediacy, the dancers whipped through multiple turns, thrusting arms and legs as if reaching desperately for friendship or intimacy. In contrast, a few in flesh colors were upstage in pairs, one seated on the other’s rounded form, as if sitting on a boulder by a stream, contemplating and merging with nature.

Organically, through gentle and nurturing support, the gray jackets were gradually shed. Each dancer underwent a process of letting go; through vulnerability and trust, each emerged with a newfound power expressed in physical and emotional freedom. This was ultimately embodied in a sole figure: a woman (Alessa Rogers) lit in soft, radiant pink, shed of clothing and crowned by the antlers of a deer. (In many cultures, the deer is a totem animal for self-realization, Patterson explained in a post-show talk.) Like that mythic image, Patterson has emerged with a powerful and poetic individual voice.

And what about Naharin’s “Minus 16?” There’s something terribly penetrating about it — it gets under your skin. Its effects are as individual as the people who see it. (ArtsATL Deputy Editor Scott Freeman recently recounted his extraordinary experience with the work last week.)

Nineteen dancers performed with riveting concentration to music ranging from a punk version of “Hava Nagila” to Israeli band Tractor’s Revenge’s take on a traditional Jewish Passover song to a sacred Vivaldi piece. “Minus 16” is irreverent, mischievous, cruel, ironic, irrational, soul-searching and a little kooky. With a kind of “don’t mess with me” youthful arrogance, it makes a statement about being human and dancing: that in the face of violence and suffering, not only do we choose to dance, but we must.