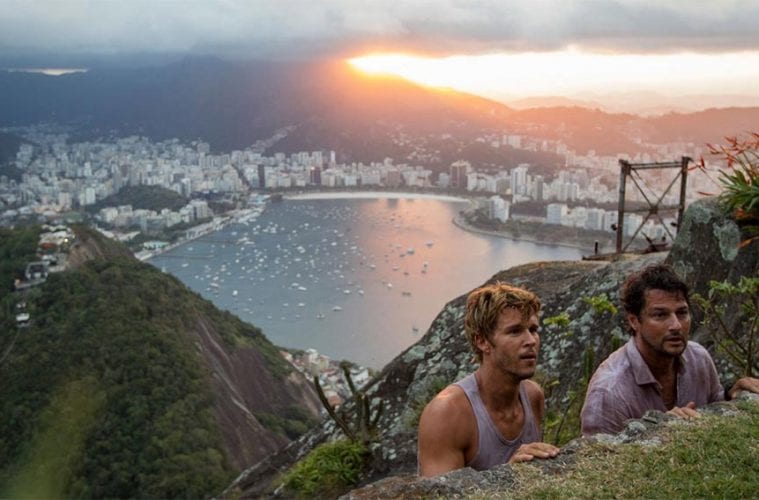 Review: For misguided “Rio, I Love You” and “Hemingway,” the scenery is the only star

The best scenes in Rio, I Love You take place above the alpine, seaside city. As the camera drifts over the miraculous Brazilian locale, its famous statue, Christ the Redeemer, seems to be raising its arms — not in benediction but in awe that any terrestrial site could look so much like heaven. Unfortunately, the movie eventually has to come to earth. Every time it does, it’s the cinematic equivalent of a crash landing.

The latest omnibus film following Paris, Je T’aime (2006) and New York, I Love You (2008), Rio (shot in 2014) sets 10 directors loose on the city. The movie intermixes their short films together in ways that range from awkward to ineffectual. There’s nothing here that comes close to Alexander Payne’s “14e arrondissement,” from Paris, starring Margo Martindale as a U.S. tourist on her own, trying to tap into the legendary enchantments of the City of Light.

That short is a heart-stirring mini epic all by itself. The films in Rio are sketches at best or failed opportunities. The first vignette, for instance, “Mrs. Nobody,” stars the brilliant Fernanda Montenegro (Oscar nominee for 1998’s Central Station, a movie you should see before you die) as a homeless woman who, well, just loves being homeless. It’s a fallback to tired old tropes about the madcap freedom of the disenfranchised. Great as she is, the actress can’t save it.

Shot sans dialogue, “The Muse,” by Fernando Meirelles (the indelible Rio-set film City of God) makes an OK stylistic impression. It stars Vincent Cassel as a lovelorn artist who creates sand sculptures on the beach and falls hard for a woman who wears sexy anklets. (That’s all we see of her, in fact.) It’s a slight film, but pleasant enough. Paolo Sorrentino (The Great Beauty, Youth), another usually gifted director, delivers the other end of the scale. Sorrentino’s “La Fortuna” wastes British actress Emily Mortimer as a shrewish, gold-digging trophy wife who exists only to be punished.

John Turturro directs himself in “When There is No More Love” as a man feuding with his partner, French singer Vanessa Paradis, who ends the scene by wandering off to the beach warbling a tune and turning the film into a dull music video. “The Vampire From Rio” has a title better than the short itself, directed by Sang Soo Im. The others? They seemed to evaporate as I watched. Sorry to bear bad tidings, but there’s more.

Another tropical underperformer this week is Papa: Hemingway in Cuba. As with Rio, the scenery is its greatest strength. That’s because it’s the first U.S. film to be shot in Cuba since 1959. During the long stretches of thin acting and thinner dialogue, you can still enjoy the Art Deco architecture and the finned 1950s cars prowling the dusty Havana streets. Otherwise, the movie is a flat-out disaster.

Giovanni Ribisi plays Miami-Globe reporter Ed Myers (based on the late Denne Part Petitclerc, who, with all due respect for the dead, is guilty of writing this movie’s subpar script). Like many young men of the 1950s (and this remains a mystery to me), Ed adores Ernest Hemingway’s writing, so he sends a mash note down to Havana. Soon enough, Papa H. (Adrian Sparks) invites Ed down to visit, taking him out on his boat. “Come on, let’s find you a fish,” he says, deathlessly. 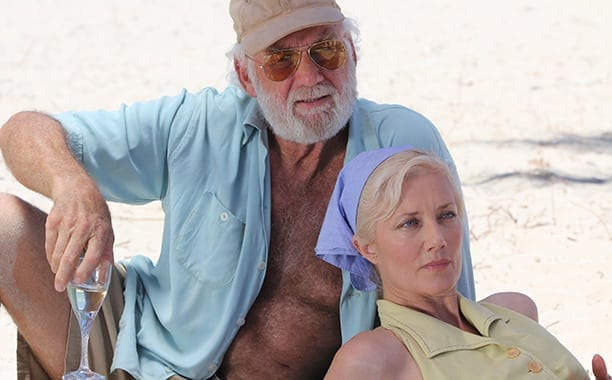 Back at his lux Finca (filmed, yes, in the actual former Hemingway estate), Papa’s journalist wife Mary (Joely Richardson) spends her time skinny dipping in their pool, matching him drink for drink, then getting into shouting matches.

“You go to hell!” one yells. The other replies, “I don’t need to, I’m already here!” Sadly, you can’t ask a guy who died in 2006 to write a fresher draft of the screenplay. Still, it’s hard not to imagine that Petitclerc’s real experiences with Hemingway must have been fresher and more surprising than how his script depicts them … if indeed he had much of a relationship with Hemingway. The people who could tell us are dead.

During the movie, Ed shuttles between Cuba and Florida, never inviting his girlfriend along. (That’s no real loss since his girlfriend is written no more interestingly than “Ed’s girlfriend.”) Meanwhile, as Batista and Castro’s names vie for newspaper headlines, Ed starts getting pulled aside by parties interested in the fate of the island — not only the mafia but also Feds, who think Papa Hemingway is supplying arms to the rebels.

Actor Sparks seems to have been cast for his resemblance to Hemingway; because his performance is weak, you can see him waiting for his co-stars to finish with their lines so he can speak his own. Richardson, sister of the late Miranda and daughter of Vanessa Redgrave, continues to be the weak acting link in the family. She looks great in vintage clothes, though. And Ribisi, well, he’s a solid character actor put in a leading role he just can’t carry.

Near the end, when you think Papa: Hemingway in Cuba couldn’t get any worse, it locates the FBI’s animus toward Hemingway in a tale of its director Herbert Hoover’s closeted sexuality and a gay orgy. It’s a homophobic plot point that would have felt musty if a playwright yanked it out of his typewriter in the 1950s. Here, like the rest of the movie, it’s almost entertainingly wrongheaded. Just about everything Papa could fumble, it fumbles. But filming in Cuba was probably a lot of fun for the cast and crew. The viewers’ loss was their win. (Come to think of it, that might explain why Emily Mortimer agreed to fly to Brazil for her awful role in Rio, I Love You…)