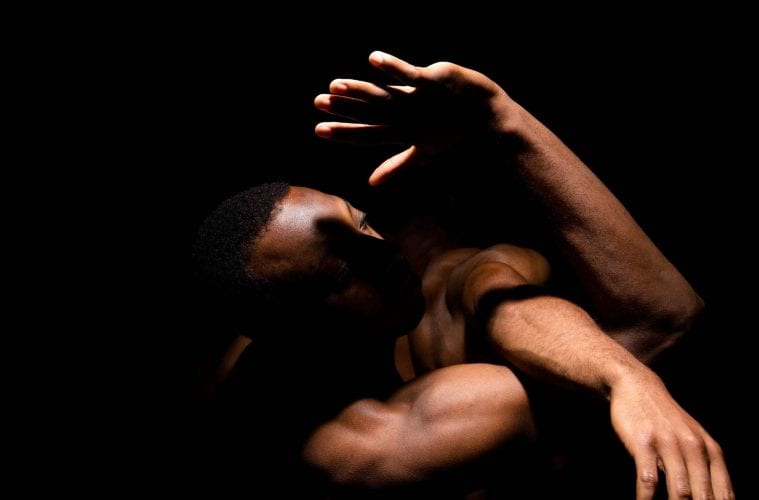 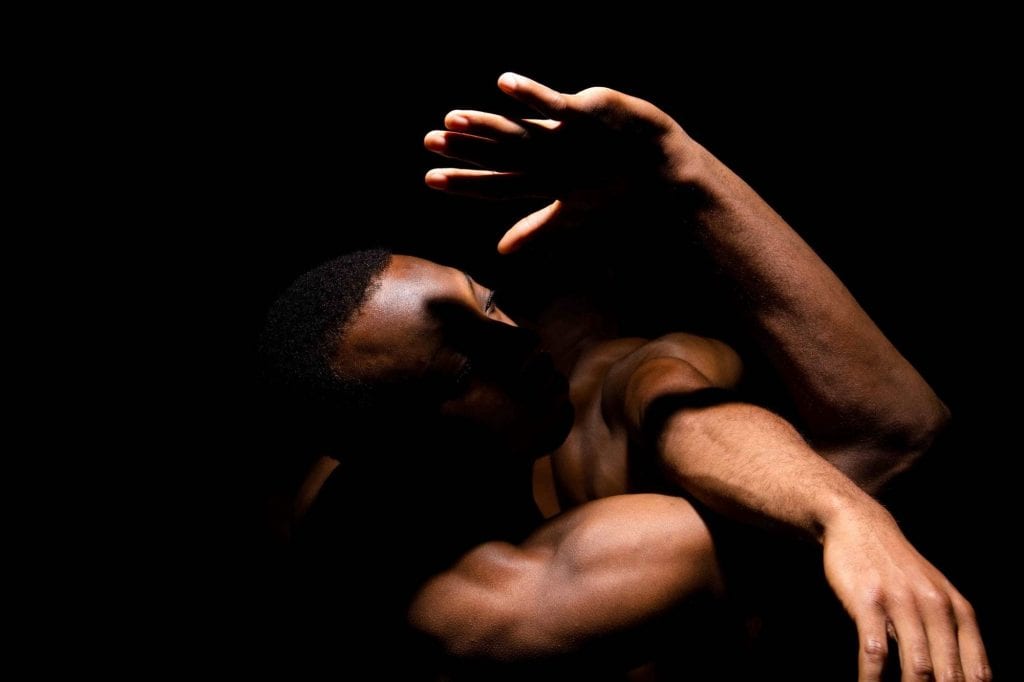 Many of LIFT's pieces didn't tie the message to the dance. (Photo by Tara-Lynne Pixley)

One by one, the men stormed onstage with fists clenched and jaws tight, planted themselves in front of folding chairs and roared at the audience before sitting down to assume postures of surprisingly awkward mock anger. My heart sank. Here was masculinity — the subject of scrutiny in this year’s showcase by the all-male dance collective LIFT  — introduced yet again as a shallow pool of aggression, flexed muscles and testosterone-fueled rage.

Thankfully, many of the seven choreographers on Friday night’s program offered more nuanced interpretations — if not specifically on issues of masculinity, at least on what male dancers are “allowed” or “supposed” to do on stage. Despite the concert’s stereotypical opening, LIFT delivered a few thought-provoking moments and a whole lot of explosive, exciting dance.

After the first piece, ironically, LIFT’s founder and artistic director, Daryl L. Foster, introduced the performance, on the Alliance Theater’s Hertz Stage, with a gesture of good will. “It is not our intention to exclude women,” he announced. The seven choreographers, he said, wanted to offer their own interpretations of masculinity.

In theory, this is fascinating subject matter, given LIFT’s mission to make dance performance and choreography more accessible to men who didn’t grow up with “the influence of strong male dance figures or male camaraderie.”

In practice, the message was somewhat blurry, although the pieces did showcase sharp, technical prowess and committed performances. Cici Kelly’s “Responsibility: A Rite of Passage” featured energetic hip-hop choreography complete with red lighting, fierce don’t-mess-with-me faces and bare chests. Set to a popular song by Drake, the piece could have been a great music video, and the audience loved it. But the title, presumably about the responsibility men have (to society, to their families?), remained a mystery.

The same went for Jaspin Newell’s “In This Shirt,” a beautifully danced, smooth lyrical solo that could have been on an episode of “So You Think You Can Dance.” The piece opened with an intriguing image: Newell leaning on a wall, his body in contorted shapes. But very quickly, and disappointingly, it turned familiar, with standard, well-executed jumps and turns. It was difficult to tell what these pieces were trying to be; the content felt forced, like an afterthought to add “meaning” to a codified set of movements.

A highlight of the evening was Lyrik Davis’ “War of the Roses,” a tongue-in-cheek, raucously flamboyant dig against the U.S. military’s former “don’t ask, don’t tell” policy on sexual orientation. The piece did not reference the policy’s recent repeal, and that made it seem oddly out of touch. But it showed that emotional scars remain, and it was delivered with the sassy, wounded pride that only a diva drag queen can muster.

Donned in tailored camouflage wrap jackets and black tights, the group strutted and preened behind a lip-syncing Davis as he emoted every word of singer-songwriter Adele’s most beloved singles. Whether intentionally or not, the piece felt like a commentary on gender and American gay culture — like a native ritual plucked from its home and dropped, sans the female hair and makeup, onto a concert stage for public scrutiny.

Foster’s closer, “American Mandingo,” melded flash and substance, not only as homage to the high leg and the big jump, but also as commentary on the state of the African-American male. “Mandingo,” writes Foster, refers to “any man who has strength and virility.” This image, he says, has helped create “a narrow and skewed view of what it means to be a black masculine man.”

In one section, the seven dancers became that “narrow view.” Each walked across the stage depicting a stereotypical persona: basketball player, drug addict, deadbeat dad. But just as quickly as it appeared, the content was gone, replaced by joyous dancing to the pop music of Gnarls Barkley.

The music, much of it radio hip-hop, was a real hindrance to LIFT’s creativity. “Corporate Shuffle,” choreographed by Victor Jackson, could have been a brilliant commentary on the plight of the American businessman, but it was rendered ineffectual by its reliance on the words and message of hip-hop artist Kanye West’s “Power.”

To their credit, the choreographers did not shy away from highlighting the power and virtuosity of the male dancing body. And the performers, not to mention the audience, clearly loved it. It was refreshing to see so many male dancers onstage at once, many of whom were probably discouraged from dancing as kids. But the choreography fell short when the movement turned toward showy displays of balance and flexibility. Also, too much of the movement was referential — choreography not just influenced by Martha Graham, Lester Horton, Alvin Ailey and Kyle Abraham, but their exact movements. Such talented young men deserve a chance to sink their teeth into more innovative work.

For male dancers, LIFT has done a great service. As it moves forward, the subject of masculinity will hopefully not be the only one this talented group of artists will tackle.