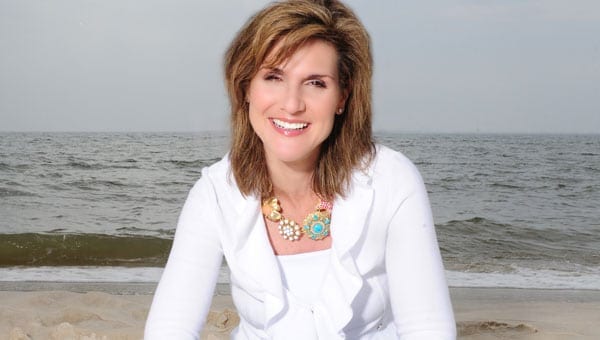 To call Karen White a prolific author is an understatement. She has written 18 novels in the past 14 years. Her latest, A Long Time Gone (New American Library, pp. 432), confirms White as one of the most talented novelists in the Atlanta area. The author will speak at FoxTale Book Shoppe in Woodstock on July 7, Book Exchange in Marietta on July 8 and Bookmiser, also on July 8.

In A Long Time Gone, Vivian Walker Moise flees California to return to her ancestral estate in the Mississippi Delta after a nine-year absence — only to find that Carol Lynne Walker Moise, her largely absentee mother, is suffering from dementia, and that Bootsie, the beloved grandmother who raised her, has passed away. And within moments of her return home, the skeleton of a young mother is discovered underneath an old, uprooted Cyprus tree.

While struggling with this revelation, her own grief and addiction, Vivian seeks solace in her tangled and bitter southern roots. “This place of my ancestors was known to make or break a man and I figured by now the scorecard was about even,” she says.

Three alternating voices structure the novel — Vivian’s in 2013, Adelaide Walker Bodine’s in the 1920s and Carol’s diary entries from the 1960s and 1970s. These voices are woven so intricately into the narrative web, the transitions between the three characters are seamless. Vivian, Adelaide and Carol’s secrets are loops in the same knot, and as the story proceeds, White deftly untangles them. The book is not without flaws. Vivian’s burdens in A Long Time Gone are a bit overblown. She is a pill-popper, has a restraining order prohibiting her from seeing her step-daughter and has recently suffered both a late miscarriage and the breakdown of a marriage. Her efforts to solve the identity of the human remains on her family’s property would have been just as believable without so many personal catastrophes.

In addition, the characters lack the nuance and subtleties of those in White’s prior novel, The Time Between. And the pace of A Long Time Gone, particularly with Adelaide’s storyline, is almost glacial during the first quarter of the book.

Yet White’s lyrical prose recalls the melancholic harmony of the blues and the hypnotic southern drawl of novelists Olive Ann Burns and Kaye Gibbons. Says Vivian, describing the place of her matrilineal home, “The chant of a thousand cicadas came to me in waves, the sound oscillating like a song on the radio in Bootsie’s old car, the red line of the tuner stuck between stations,” and “the litter of pink azalea petals that had been stripped from their stems and scattered around the drive and yard like fuchsia doubloons from a Mardi Gras float.”

There’s no question that White has a gift for words. That, and a deftly constructed plot, make A Long Time Gone a recommended read.