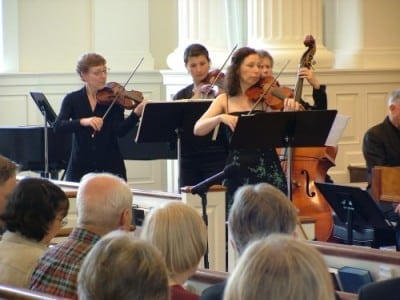 The Atlanta Baroque Orchestra has returned to splendid form. Since the abrupt retirement of John Hsu as its energizing conductor, the period-instrument group has seemed to be hanging on, as if in a drought of artistry and ambition. This season marks violinist Julie Andrijeski’s first as artistic director, and judging by the concert Sunday afternoon at Roswell Presbyterian Church, her effects have been immediate. 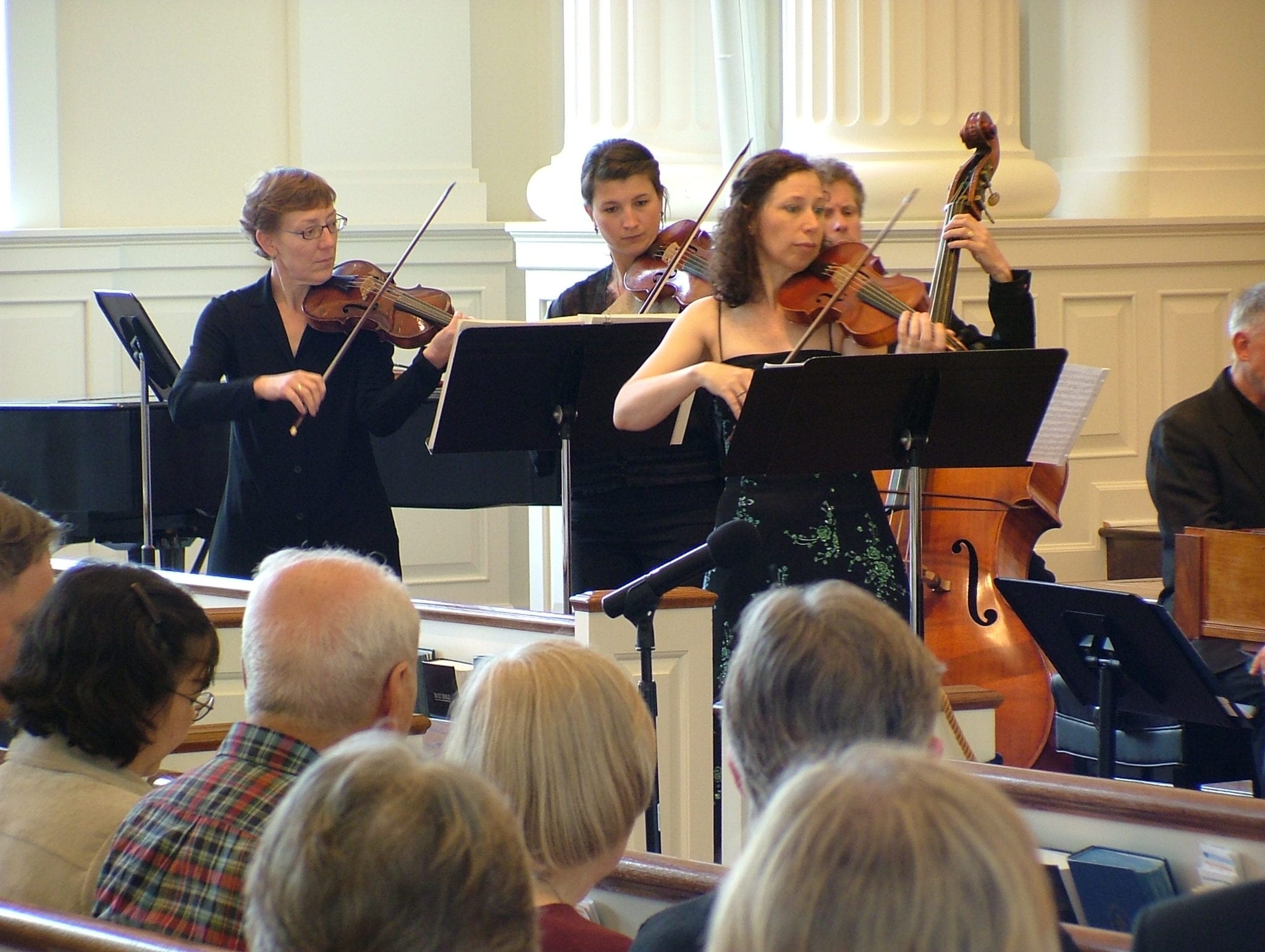 The bracing program was titled “Musica Transalpina,” a cursory look at composers and musical trends that made the journey from Italy (a hub of art) to England (a capital of commerce). In a note, Andrijeski quoted Johann Mattheson from 1713: “Whoever wishes to achieve something in music these days makes for England. Italy and France are good for listening and learning; England is good for earning; Germany is good for only eating and drinking.” 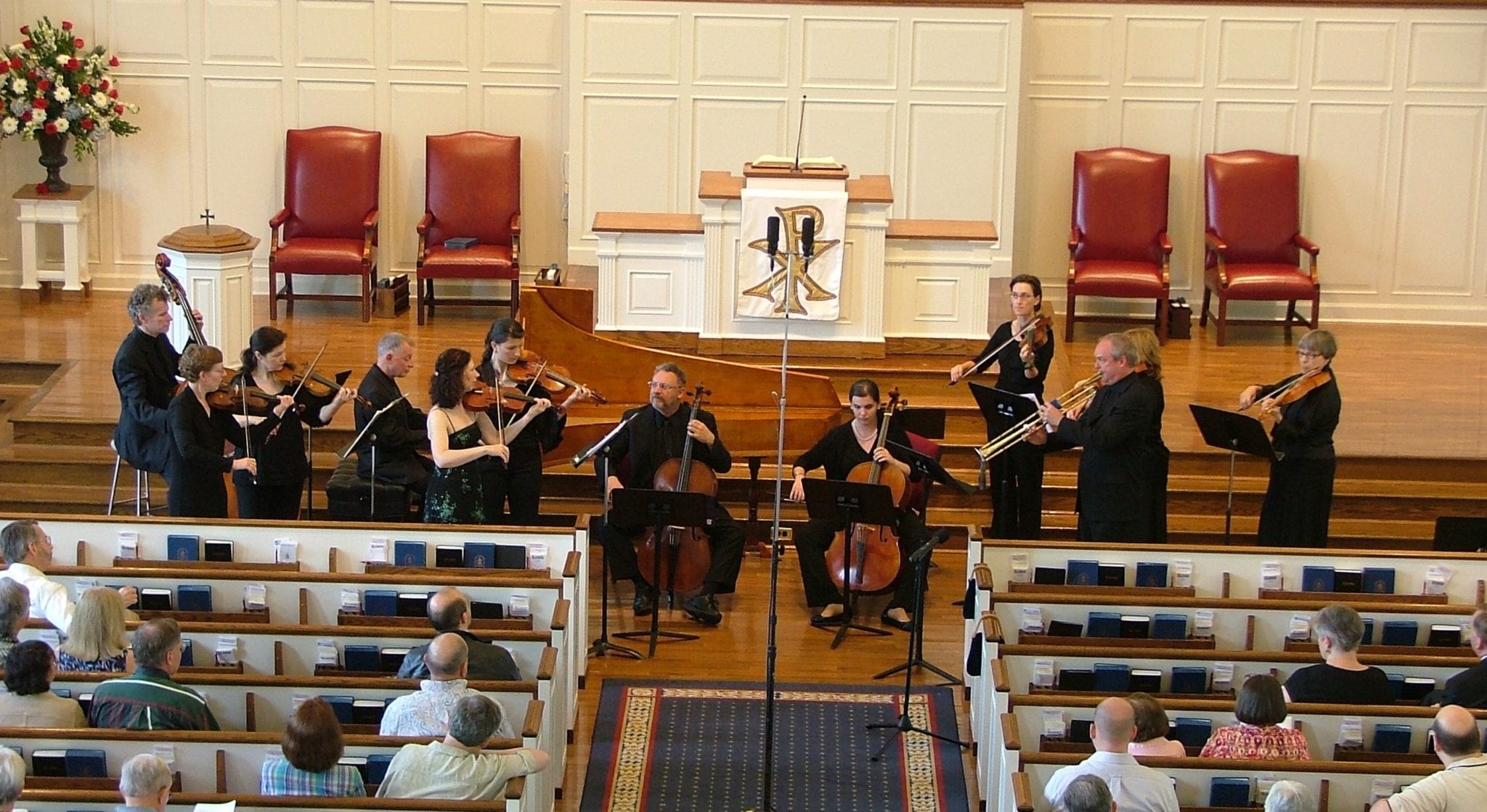 Under Andrijeski, who leads from the concertmaster position, the ABO is practically a different group — in personnel, in rhythmic vitality and in extroverted attitude. At the best of times there aren’t many early-music professionals in the region. At Sunday’s concert, a few Atlantans — violinists Ute Marks and Shawn Pagliarini, flutist Janice Joyce — joined out-of-towners such as violinist Martha Perry, trumpeter Barry Bauguess and harpsichordist Webb Wiggins, some of whom regularly sit in with Atlanta ensembles. The 14 musicians were again proving their essential worth to the community.

They opened with Arcangelo Corelli’s D Major Concerto grosso Op. 6, No. 4, a miracle of exuberance and invention. Corelli’s style of writing was hugely influential, from Handel and Vivaldi to Bach. Countless composers churned out reams of Corellian concertos and sinfonias and loosely similar-sounding works. To his contemporaries, the Op. 6 set was “to the musitians like the bread of life.” (In the early 1700s, musical notation was only somewhat more standardized than English spelling.) In performance, Corelli’s Sonata for Trumpet and Strings danced and galloped with a dark, stately beauty, and the central “Grave” movement featured heartbreaking little harmonies. This is genius stuff, perhaps to the Baroque what Haydn was to the Classical era.

Corelli’s music influenced English tastes in part through his student, Francesco Geminiani. The orchestra closed the concert with the pupil’s arrangement of the master’s “La Follia,” a hypnotic Spanish dance tune popular in the Baroque. “La Follia” has an especially fascinating history: as a rhythm and melody, it likely originated in West Africa, traveled to Cuba with the slave trade, then moved to Seville, which was Havana’s main trading partner. From a “low” birth, it was slowed down, regularized and adopted into courtly high fashion across Europe. Andrijeski and cellist Brent Wissick reveled in its earthy roots. They played it with tight virtuosity and the show-stealing abandon that a bluegrass fiddle band reserves for “The Orange Blossom Special.”

One of Geminiani’s pupils, a lesser-known Englishman named Charles Avison, is credited with no fewer than 50 Corelli-styled concerti grosso, among them arrangements from other composers. On Sunday we heard what was billed as the U.S. premiere of Avison’s Concerto in E minor, an arrangement from Geminiani’s Op. 1 Sonata (recently edited by Mark Kroll).

Like many of the works on this program, it included substantive violin solos, played with a fiery charisma by Andrijeski. The E minor Concerto’s “Tempo giusto” movement flew like the wind and offered the sort of elegant shocks that we expect from Vivaldi. In all, a delightful afternoon and a promising future for Atlanta Baroque.