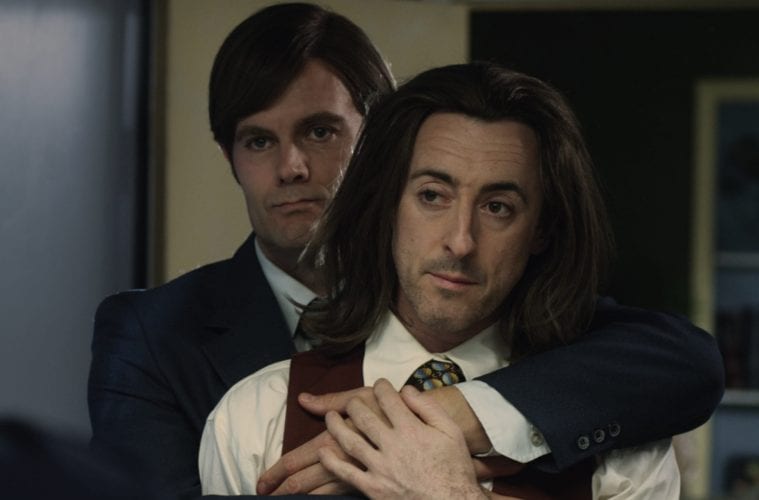 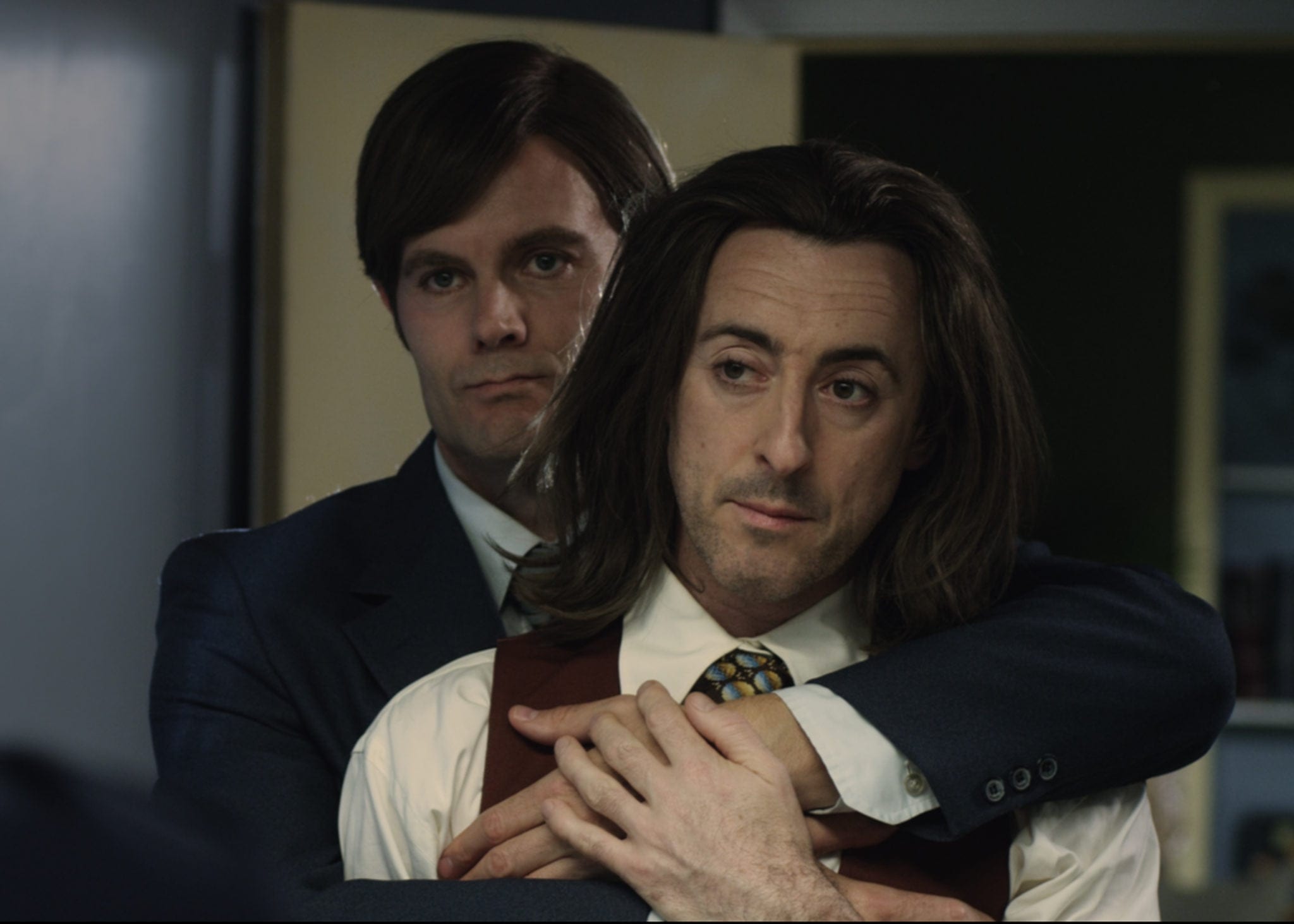 Often predictable, not entirely convincing and soft when it could use an edge, “Any Day Now” is an uneven movie. But it can still rip your heart out.

A little implausibly, the blunt-tongued and brash Rudy becomes Marco’s protector when mom gets jailed. And, also a little implausibly (but you go with it in the end), man and boy become a family, moving in with Rudy’s closeted, formerly married lover Paul (Garret Dillahunt), who works in the D.A.’s office.

The bulk of “Any Day Now” takes Rudy and Paul through the court system as they try to become Marco’s legal guardians at a time when gay men were still viewed as deviant criminals who could be openly scorned and fired. The era’s politics may, from a distance, look laughably archaic, until you realize that gay people are still constantly having to fight for equality in terms of parenting and adoption.

The movie nails ’70s fashion — women in vest-and-blouse combos, men with flyaway collars as big as birds’ wings –without becoming caricature. Hair is another matter. Dillahunt sports a Shoney’s Big Boy ’do that, unsettlingly, makes him resemble Harvey Milk’s assassin, Dan White. Likewise, Don Franklin, as a lawyer the couple consults, has to act from underneath one heck of a distracting ’fro.

The supporting roles in “Day” are peopled by skilled veteran performers: Frances Fisher as a frosty but open-minded judge; Gregg Henry as a lawyer who implies perversion in every aspect of Rudy’s and Paul’s lives; Chris Mulkey as the homophobic D.A. who’s happy to screw Paul over just for fun; Kelli Williams as a sensitive schoolteacher. And look, it’s Mindy Sterling (a.k.a. “Austin Powers’ ” Frau Farbissina) as a skeptical but clear-eyed social worker. Only the scenes set backstage at Rudy’s club clang with secondhand bitchery among the drag queens.

The movie is made and acted with skill and love enough to make you overlook its weaker moments … and respect it all the more for an ending you might not see coming. “Any Day Now” is a reminder that legal discrimination against the LGBT community was mostly long ago, but in some ways still a mere heartbeat away.