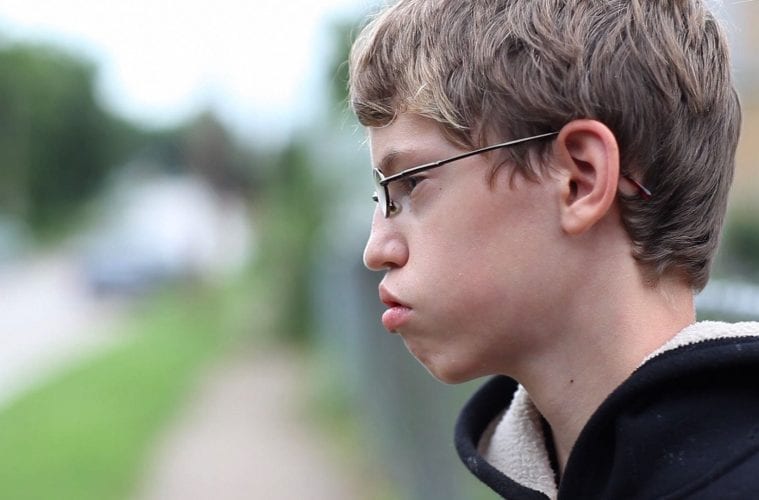 Review: “Bully” movingly spotlights a social tragedy, but skimps on the big picture 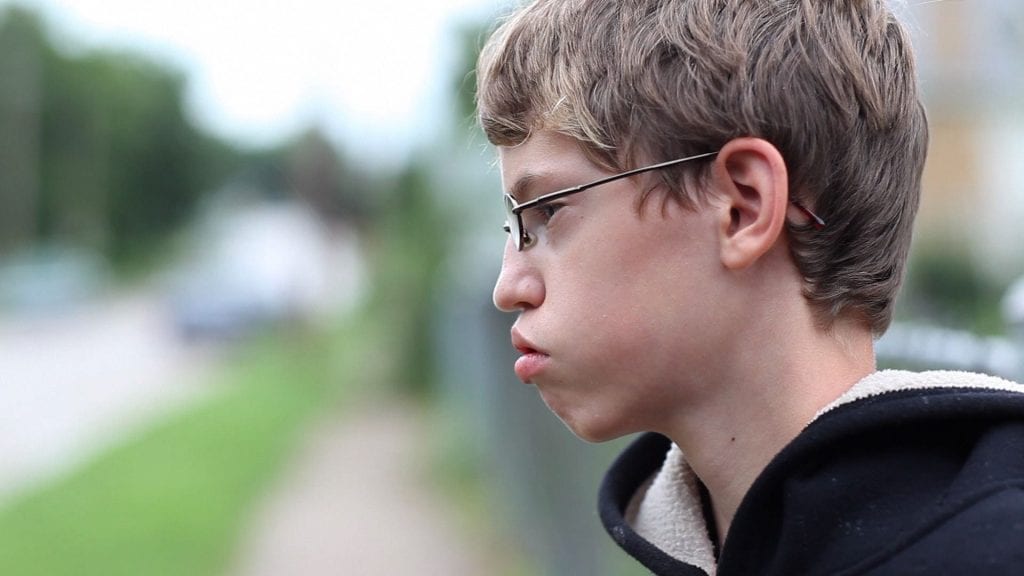 There are wrenching scenes where Alex Libby, 12, is bullied by classmates.

Anyone who lived through middle school probably remembers a time when an unsupervised playground or classroom turned into “Lord of the Flies.” Most of us have firsthand knowledge of the way adolescents can be little brutes who prey on their most vulnerable peers. The raw, nervy documentary “Bully” practically guarantees that viewers will flash back to their least pleasant memories of school.

Documentarian Lee Hirsch explores the emotional damage caused by childhood bullying, particularly the ways that schools fail to protect their students. It’s an undeniably passionate film, as Hirsch clearly wants to stir his viewers’ emotions and spur them to take action. But “Bully” also proves surprisingly uninformative about childhood bullying as a social issue, and it less resembles a prescriptive documentary than well-intentioned, button-pushing propaganda.

Its point of view skips around among several young people and groups of parents in small American towns. It centers on Alex Libby, 12, of Sioux City, Iowa, who suffers verbal harassment and at times physical abuse from his classmates, largely due to his introverted personality and oversized facial features. Hirsch’s camera at times captures wrenching moments of Alex suffering taunts and punches on the kind of school bus that resembles a lion’s den. The boy’s expression registers heartbreak when his younger sister points out that she gets bullied at a different school simply by being related to him.

“Bully” also introduces us to Kelby Johnson, a perky 16-year-old tomboy who is ostracized when she comes out as a lesbian in Tuttle, Oklahoma. And in Mississippi, we discover how 14-year-old Ja’Maya Jackson brandished a loaded handgun against her bullies on a bus and subsequently faced arrest and 45 felony charges.

In addition, the documentary records the devastation and community activism of the parents of Tyler Long (who live in Murray County in northwest Georgia) and Ty Smalley, young people who committed suicide following extended periods of hateful treatment by their classmates. Both are survived by plain-spoken but sensitive fathers who speak with palpable grief about their lost sons. The film’s prologue, in which David Long speaks lovingly of Tyler over a montage of childhood photos, could serve as a stand-alone public service announcement. Near the end, Kirk Smalley tells a crowd at an anti-bullying rally, “I will fight bullying forever, for my son will be 11 years old forever.”

Rather than demonize specific bad boys or mean girls, “Bully” treats school administrators as its de facto villains. At Alex’s school, an assistant principal proves a maddeningly ineffectual voice of authority. At one point, she stops a bullying incident and orders the boys involved to shake hands and make up, but she tries to impose a phony equivalence between the aggressor and his target. “By not shaking his hand, you’re just like him,” she informs the victim, aptly summing up an institutional reluctance to take bullying seriously. The film asserts that in the case of youthful suicides, such long-term neglect can have fatal consequences.

Only someone with a heart of stone could be unmoved by the film’s persecuted youngsters and mourning parents. But “Bully” presents a frustratingly incomplete narrative about an important social issue. Apart from a scene at a town meeting, it devotes little time to the motivations and often troubled home lives of the bullies. Kelby touchingly resolves to stay in Tuttle and hopefully open the minds of her neighbors, but her accounts of homophobic teachers and other hostile grown-ups suggest that she’s a martyr less to kid-on-kid bullying than to the community’s ingrained bigotry. And Slate.com has argued that the film selectively omits details about Tyler Long’s tragic suicide that complicate the anti-bullying narrative.

While “Bully” repeatedly reveals the helpless feelings of parents and their children in problem schools, it never steps back to consider anti-bullying policies that do or don’t work. Watching it, you’d never know that schools across the country have instituted increasingly rigorous programs. (The sixth “Diary of a Wimpy Kid” book even includes an excellent joke about a school that’s so opposed to bullying that its sole bully becomes almost a sympathetic figure.)

Hirsch hammers the theme of victimization, but some of the movie’s best moments break the pattern in brief interviews with two bright, self-possessed boys. One recounts the time he stood up to a tormenter and was subsequently left alone. The other recollects being a bully in an earlier grade, but that he eventually resolved not to be such a jerk. Educators need to protect the children in their care, but the kids also need to be taught, at school and home, to either speak out or stand up for themselves when mistreated.

It doesn’t help that Hirsch’s camera frequently adjusts its focus in the middle of a shot, so that people or objects shift into different states of blurriness. It’s as if the filmmaker saw the technique used to good effect in another documentary and resolved to incessantly use it in his.

“Bully” made headlines when the Motion Picture Association of America gave it an R rating due its uncensored, abusive language. The MPAA agreed to change the rating to PG-13 following the removal of three expletives (and possibly after realizing that it was taking the bullies’ side by prohibiting school kids from seeing the film). For most audiences, “Bully” will preach to the already converted, and few gestures are as empty as adults wearing their anti-bullying wristbands in the presence of other adults. But screenings of “Bully,” despite its drawbacks, can make a positive influence in schools and support the popular message for bereft youngsters: “it gets better.”