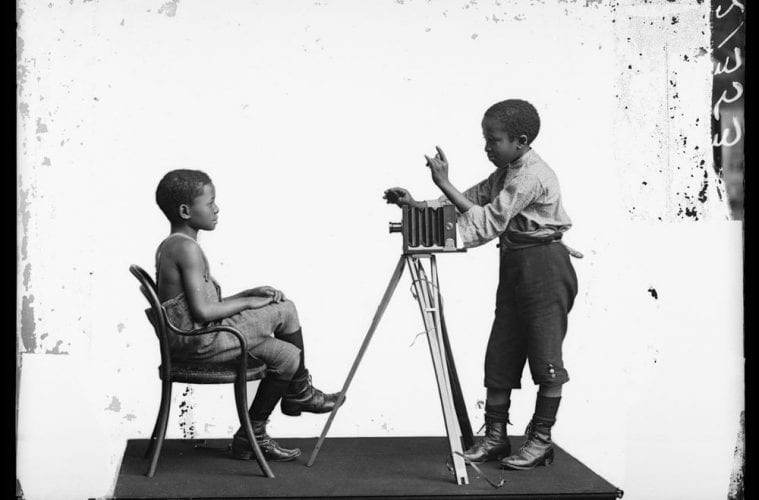 Review: Spelman’s “Black Chronicles II” clarifies the marginalized communities of the past 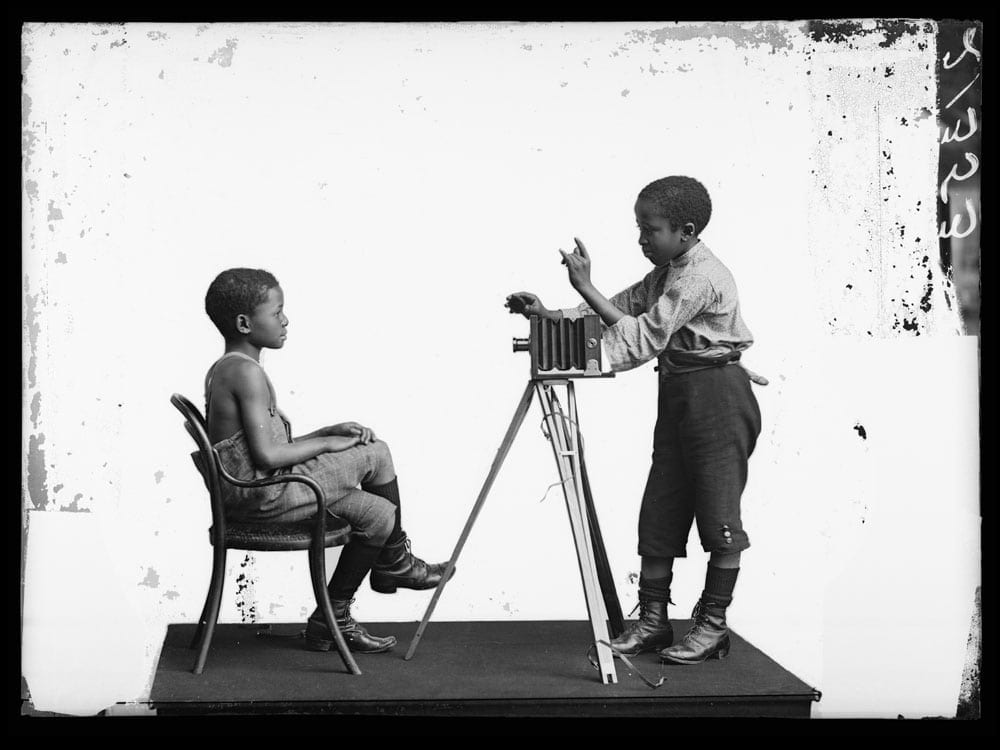 In 1891, a small South African choir arrived in England on a performance tour in order to raise funds for a Christian school in their home country. The young members of the choir traveled all over Britain including a stop for a special performance at Osborne House, the royal residence of Queen Victoria on the Isle of Wight. At some point on their journey, they also paid a visit to the studio of the London Stereoscopic Company to have their portraits made. Those images appeared in the London Illustrated News in 1892, and then the plate-glass negatives were stored, more or less forgotten, in a London archive. Those rare images — unseen for almost 120 years — are among the most astonishing and haunting in a new exhibition which unearths more than 200 previously overlooked, archived images of black people in 19th-century Britain, Black Chronicles II at Spelman College Museum of Fine Art through May 14 .

The exhibition, produced in collaboration with the Hulton Archive, a division of Getty Images, was curated by Renée Mussai and Mark Sealy of Autograph ABP, a British nonprofit that advocates the representation of historically marginalized communities in photography. 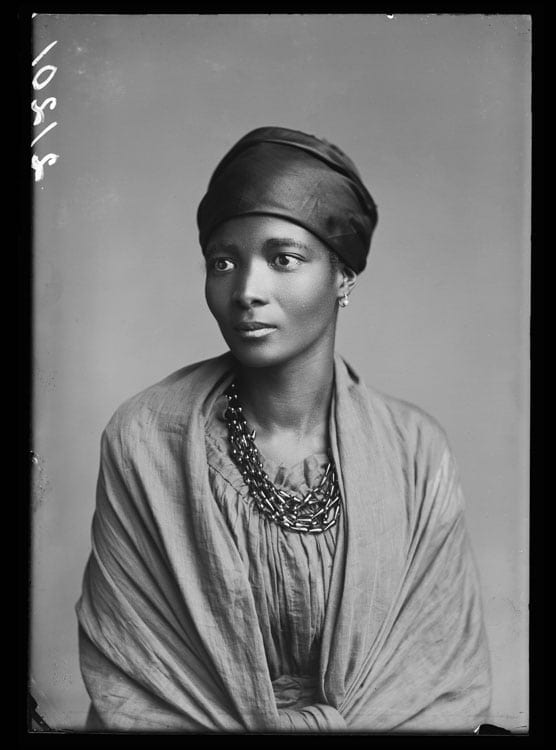 The majority of the photographs were printed large-scale from their plate-glass negatives for display for the first time since the 1880s. The exhibition continues a project that the organization began with a previous exhibit, The Black Chronicles, in 2011, which likewise sought to redress the absence of black people from the history of photography and from the history of Victorian Britain. Alongside numerous portraits of unidentified sitters, the new exhibition includes original prints of known personalities — performers, dignitaries, servicemen, athletes, missionaries and students.

The enlarged photographs of individual members of the African choir, which take up about half the gallery, have a laser-like, modern clarity that we seldom associate with 19th-century images. Old prints and negatives tend to fade and show scratches, and we somehow begin to associate ‘fadedness’ and ‘scratchiness’ with the times themselves, as if these qualities are somehow inherent to the era. Moreover, people in old photographs often have an awkward stiffness and formality. Long exposure times meant that subjects had to sit in perfect stillness for extended periods in order to prevent blurriness. Often, sitters were fitted with hidden neck braces and head clamps to prevent unintended movement. In typical 19th-century portraits, there’s an old-fashioned affectedness to the poses, even when the photograph seemingly aims for a sense of informality. But the confident, self-contained subjects in this series of 30 individual portraits, blown up to poster size, contradict our expectations of vintage photography with an insistent sense of clear immediacy and dignified, unaffected modernity.

A photograph is more than just a portrait of the sitter, of course. Always implied is the presence of a photographer (some of the enlarged images are so crystal-clear you can make out the reflection of a big Victorian camera in the subject’s eyes) and an intended viewer. It’s an especially complicated and unsettled set of relationships here because the subjects themselves had so little control over the image’s creation and use, and whomever the original intended viewers were are now long gone. There’s still a lingering, melancholic element of estrangement, performative identity and classification as ‘otherness’ to the photographs. In one particularly resonant image, two of the choir boys are posed playing with a Victorian camera, pretending to be subject and photographer, set in sharp relief against a white backdrop. 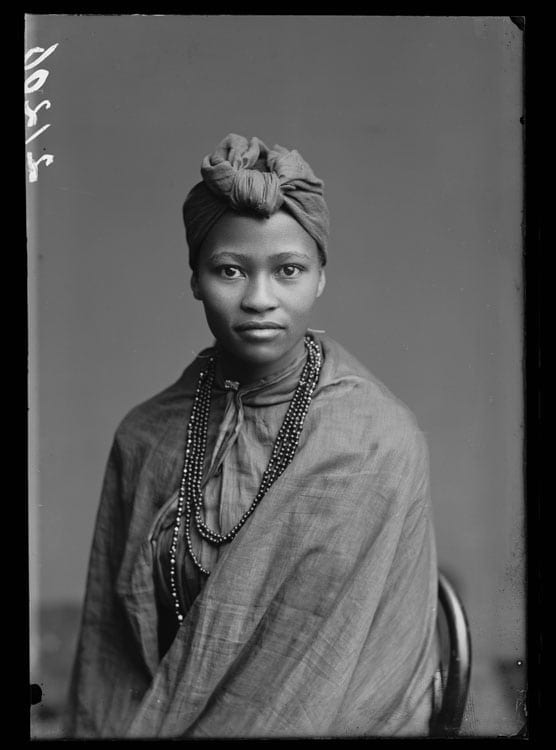 In the U.S., and in the American South especially, we’re accustomed to thinking of race within the framework of the history of slavery and segregation, but in Britain, the subject is fraught with the related — though not entirely parallel — history of colonialism, imperialism and immigration. The exhibition is dedicated to the memory of eminent Jamaican-born Oxford academic Stuart Hall who wrote extensively on these subjects and passed away in 2014. Audio excerpts from a 2008 speech on archives and cultural memory play in a special installation, helping to place the photographs in this context, and quotes from the speech are painted on the gallery walls.

But otherwise, the images are presented without much specific comment, which is among the exhibition’s many strengths. The truest and most haunting note sounded here is a very quiet one, hovering in the weird no-man’s land between anonymity and presence, buried history and specific memory, particular insight and general enigma. The past is a very strange place. To contemplate the images is to become acquainted with one of photography’s essential paradoxes: The clearer the evidence, the deeper the mystery.

Black Chronicles II, on view at Spelman College Museum of Fine Art, Atlanta, January 29 – May 14, 2016, is organized by Autograph ABP, London and curated by Renée Mussai and Mark Sealy. Produced in collaboration with the Hulton Archive, London, a division of Getty Images.