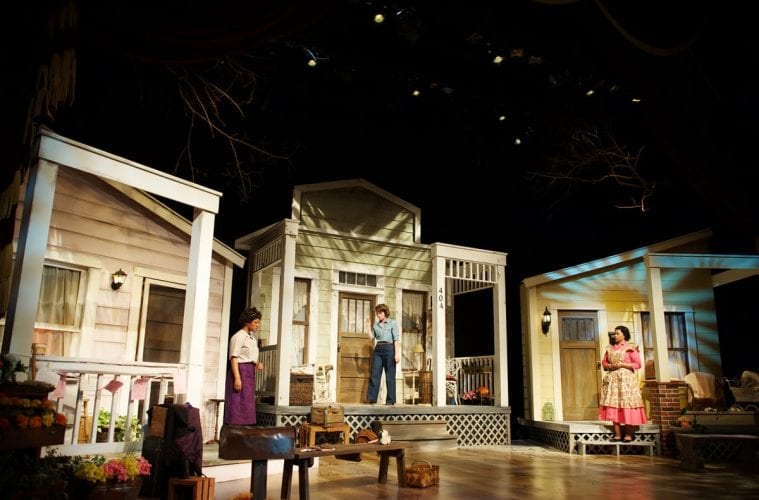 Review: Aurora’s well-meaning “Lark Eden,” about lives of three women, adds up to not much 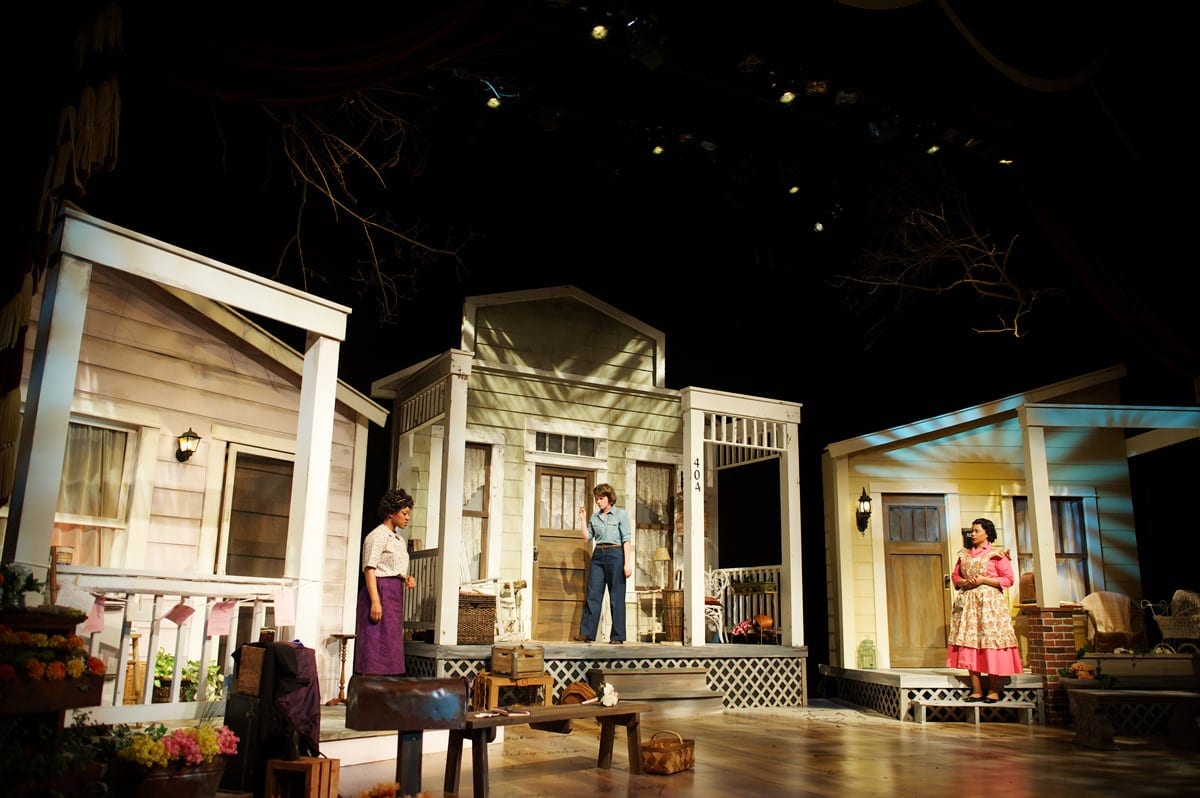 The lives of three Southern women over the course of 75 years are at the heart of “Lark Eden,” Aurora Theatre’s new comedy-drama that wants to be a paean to friendship but winds up mostly being awkward and unabsorbing.

Running through May 26 at Aurora Theatre, Natalie Symons’ epistolary play tracks the relationship among three friends from the tiny fictional town of Lark Eden, Georgia — Thelma (Minka Wiltz), Mary (Rachel Garner) and Emily (Naima Carter Russell) — from grade school to old age. While Mary eventually moves to Alabama to take care of relatives and Emily goes to Florida to live with a salesman, Thelma remains in Lark Eden and ends up with a large family, remaining loyal to the church. Over the years, the lives of the three change somewhat but they stay in touch, mostly by letters. The passing years are noted by songs (“Over the Rainbow”) and news events, such as the Kennedy assassination.

The cast and crew assembled for this production are all female, notable in a theater industry that is still pretty male-heavy. The Aurora production also is the first that has cast African-American actresses in the roles of Thelma and Emily. That director Melissa Foulger has chosen to do so is commendable, but that she hasn’t given much thought to the consequences is not. That the three women remain friends over many decades is believable and sweet, but that the girls go to school together and face no racial issues at all during their lives, individually or collectively, is an unbelievable stretch, especially in the South.

Foulger is normally a reliable, focused director, but she is not working with prime material here. Her three actresses make a go at it, especially Wiltz, whose Thelma is chipper and strong. And they age fairly believably. But, as written, these characters have no dimension. Mary’s grumpiness becomes her character’s sole distinction. Russell’s Emily is a poet, but the significant moment of her later life, unfortunately, is when a dog dies.

As a whole, these characters are shapeless and undefined, characterized mostly by the other people in their world. It might help to see some of these other people, but playwright Symons is stubbornly content to focus on the three protagonists. And almost every time they try to meet for social reasons, some sort of tragedy occurs, holding them back. That plot device becomes tiresome after a while.

Foulger creates some of her own problems, though. Her staging is clunky. Lizz Dorsey has built a beautiful set of three houses that almost touch each other, allowing each woman to come out and talk from her porch. That works in the early scenes but not as the play progresses. Sometimes the characters gather and meet, often under dour circumstances; at other times they talk on the telephone; but mostly they communicate through letters. When the actresses are side by side staring at each other but reading letters, it becomes silly. Foulger seems to want to imply the closeness the letters bring to the trio, but it doesn’t work. The director has also chosen not to give this two-hour show an intermission, and it sorely could have used one.

“Lark Eden” may mean well, but despite its “firsts,” it’s a slight work from a cast and crew who’ve all been involved in better productions.