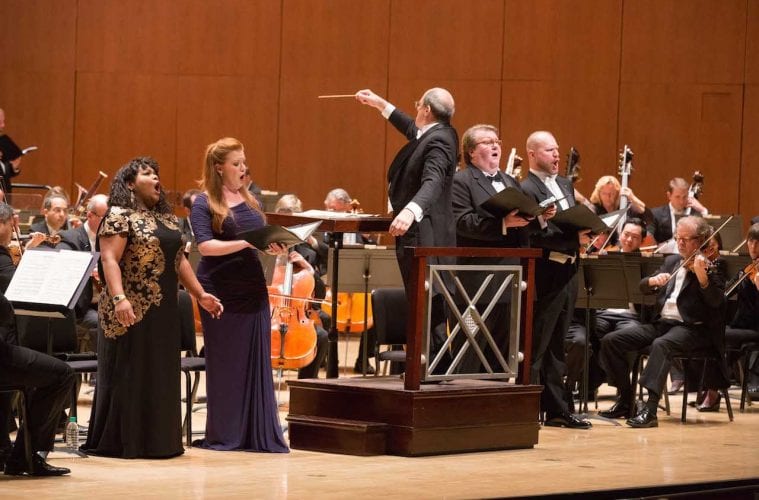 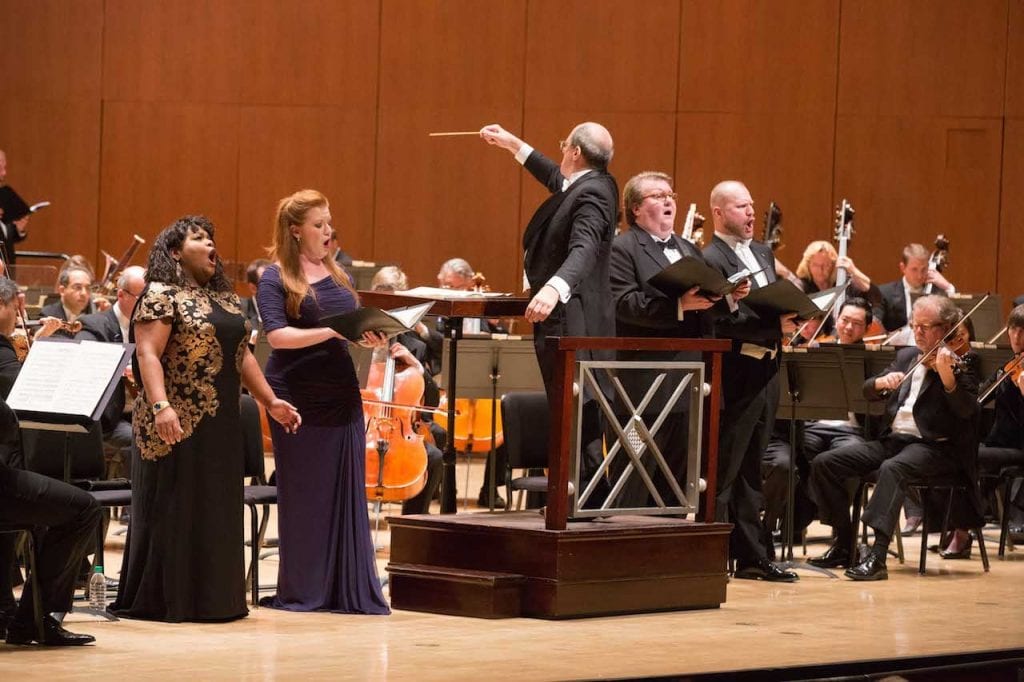 These performances are the first in a series of five programs which specifically celebrate the legacy of the late Robert Shaw, the legendary choral director who was music director of the ASO from 1967 to 1988, then emeritus director until his death in 1999. The Robert Shaw centenary celebrations will reach their apex on April 30, Shaw’s 100th birthday, in a performance at Carnegie Hall, then conclude with the orchestra’s all-Brahms season finale concert in June.

Over the span of his tenure as music director, Shaw led ASO performances of Verdi’s “Requiem” in 1969, 1977, 1980 and 1987. The ASO and Chorus then recorded the “Requiem” under Shaw’s baton on a Telarc double CD that went on to win three Grammy Awards in 1989 for Best Classical Album, Best Choral Performance and Best Engineered Recording (classical).

The Shaw recording sets a very high bar for performance, especially in terms of unanimity of approach, incisiveness and clarity, and attention to the revelations of Verdi’s score — especially the spot-on Toscanini-like tempi — rather than a heavy imposition of a conductor’s personality and histrionic between the composer and the audience.

Spano has hardly let the “Requiem” gather dust on the shelf. The two most recent performances under his baton were in 2006 — a performance which made its way to Carnegie Hall that year — and again in 2010, and he is taking it up again this year to honor Shaw and his legacy.

In Thursday night’s performance, the ASO Chorus was definitely on game. (Or, as ASOC director Norman Mackenzie was overheard to say afterward, the chorus was “hot.”) It was the chorus that was the star of the show, in full symbiosis with the orchestra.

The four esteemed soloists made for a well-matched quartet. More precisely, Moore’s liquid soprano with Cano’s mahogany-hued mezzo voice, and Griffey’s bright, empyrean tenor with Stark’s reedy stentorian bass. Three of them — Moore, Griffey and Stark — are all returning artists to the Symphony Hall stage with recent ASO performances to their credit.

Griffey was a soloist in the April 2014 performances of Benjamin Britten’s “War Requiem.” Stark has performed in Atlanta twice in the early part of this year: as Monterone with the Atlanta Opera in their impressive, intense late winter production of Verdi’s Rigoletto, then again in June with the ASO as the old Hebrew man in the season-closing concert version of Camille Saint-Saëns’ opera Samson and Dalila.

Moore was last heard here in June 2014 in her signature role of Aida when the ASO performed a concert version of that Verdi opera to close that subscription season. In Thursday’s concert, she performed without a net, declining use of a vocal score.

Cano is the newcomer to ASO audiences. A native of St. Louis, in 2012 she was a winner of both the 2012 Richard Tucker Career Grant and the George London Foundation competition. Cano has sung with the New York Philharmonic, Los Angeles Philharmonics, San Francisco Symphony and Orchestra of St. Luke’s and made her Metropolitan Opera debut in the 2009-10 season. Her most recent performances at the Met were as Emilia in Verdi’s Otello in September and October.

Overall, Thursday’s performance was a fine outing for all concerned, even if there were a few nagging quibbles. In the “Tuba mirum” passage of the second movement, there were temporal coordination issues with the offstage trumpets, positioned up in the left and right sides of the loge (first balcony). There were a few moments where Spano had to pull the quartet along with his tempo so as to bring them into sync with the orchestra.

Also, at the opening of the “Libera me,” Moore’s unmeasured one-pitch chant was curiously rapid. Later on, she faced the difficult upward octave leap to a high B-flat marked pppp. She got the pitch with good vocal color, but not the gossamer dynamic, and the high note which should linger was abruptly short.

Despite those few misgivings, which could easily disappear in tonight’s performance, this is a credible, engaging rendition of Verdi’s masterpiece which can easily be recommended as well worth the price of admission.