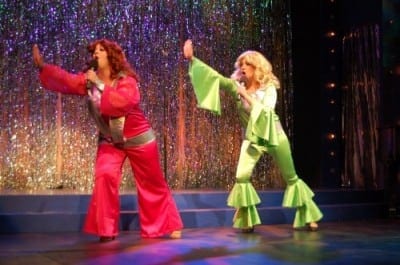 Phil KloerApril 9, 2011
Theater
With good parody, the more you know about the original, the more you can appreciate the jokes. So “Forbidden Broadway Greatest Hits: Vol. 1,” which just opened at Georgia Ensemble Theatre in Roswell and runs through April 24, will appeal most to hard-core Broadway musical theater geeks. 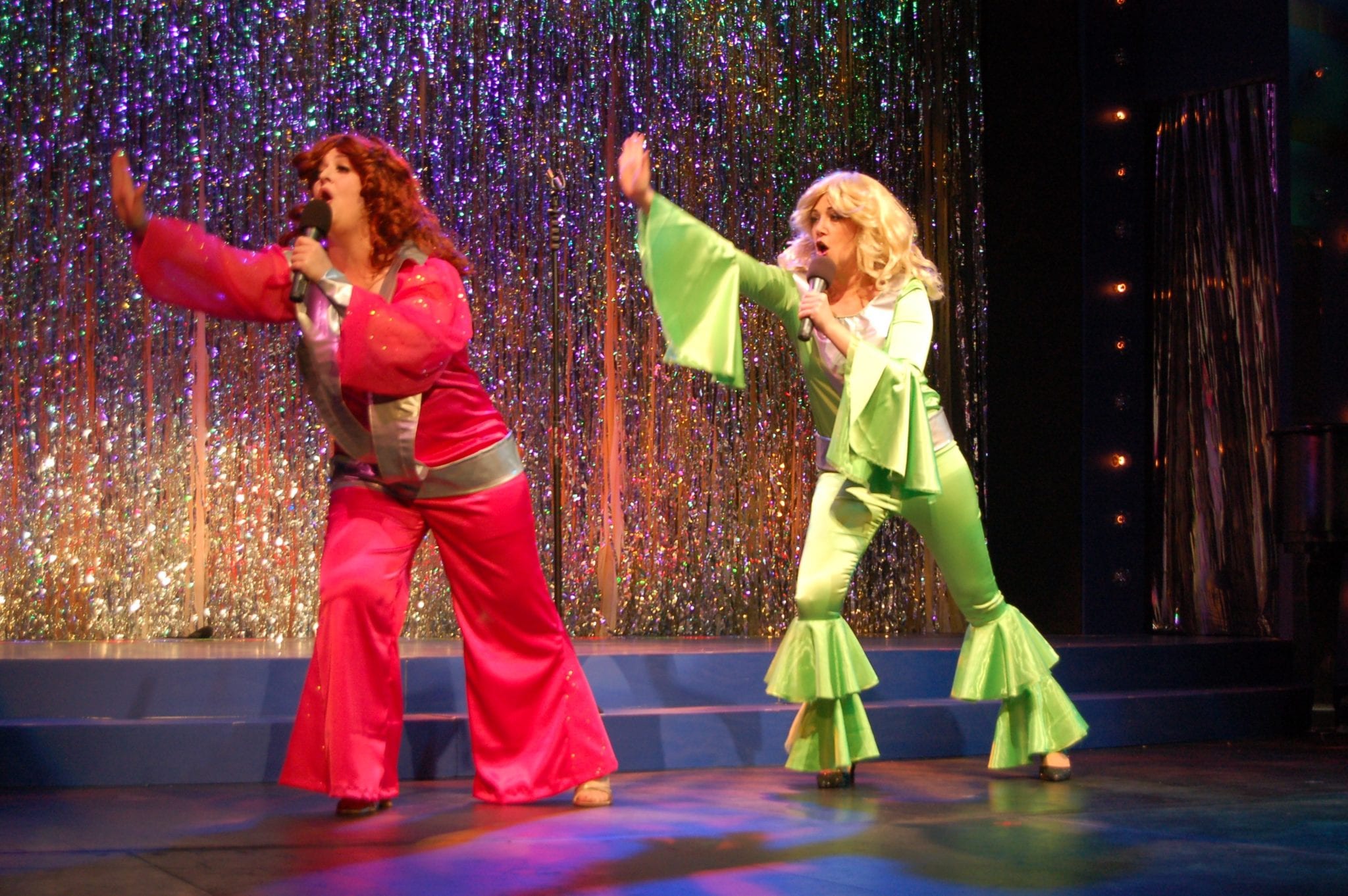 GET and director/performer Don Farrell have cherry-picked from the hundreds of “Forbidden Broadway” spoofs over the years to create a winning (trademark pending by Charlie Sheen) evening of frequently hilarious song and dance.

Farrell is joined by local performers Wendy Melkonian, Googie Uterhardt and Marcie Millard. They don’t always nail the impersonations of show folk like Ethel Merman, Sarah Brightman and Mandy Patinkin at a “Saturday Night Live” level of mimicry, but the cast is so talented and moves at such a blur (the costume changing backstage boggles the mind) that it doesn’t matter.

As a rule — and there aren’t many rules in “Forbidden Broadway” — the writers take a hit song from a big musical and tweak the lyrics to make fun of the show itself. For Bob Fosse’s “Chicago,” they change “Give ‘em the old razzle dazzle” to “Give ‘em the old saucy Fosse,” as the performers try to do Fosse choreography while playing Twister.

The “Wicked” takeoff mashes up that show’s “Popular” and “Defying Gravity” while digging into the alleged diva feud between stars Kristin Chenoweth and Idina Menzel. As “Idina,” Millard sings in her big finale: “And suddenly I’m defying subtlety / With death-defying lack of subtlety / I’ll capture world renown / I’ll blow the Gershwin up / Because I’m the loudest witch in Oz / And no one’s going to turn my volume down.” 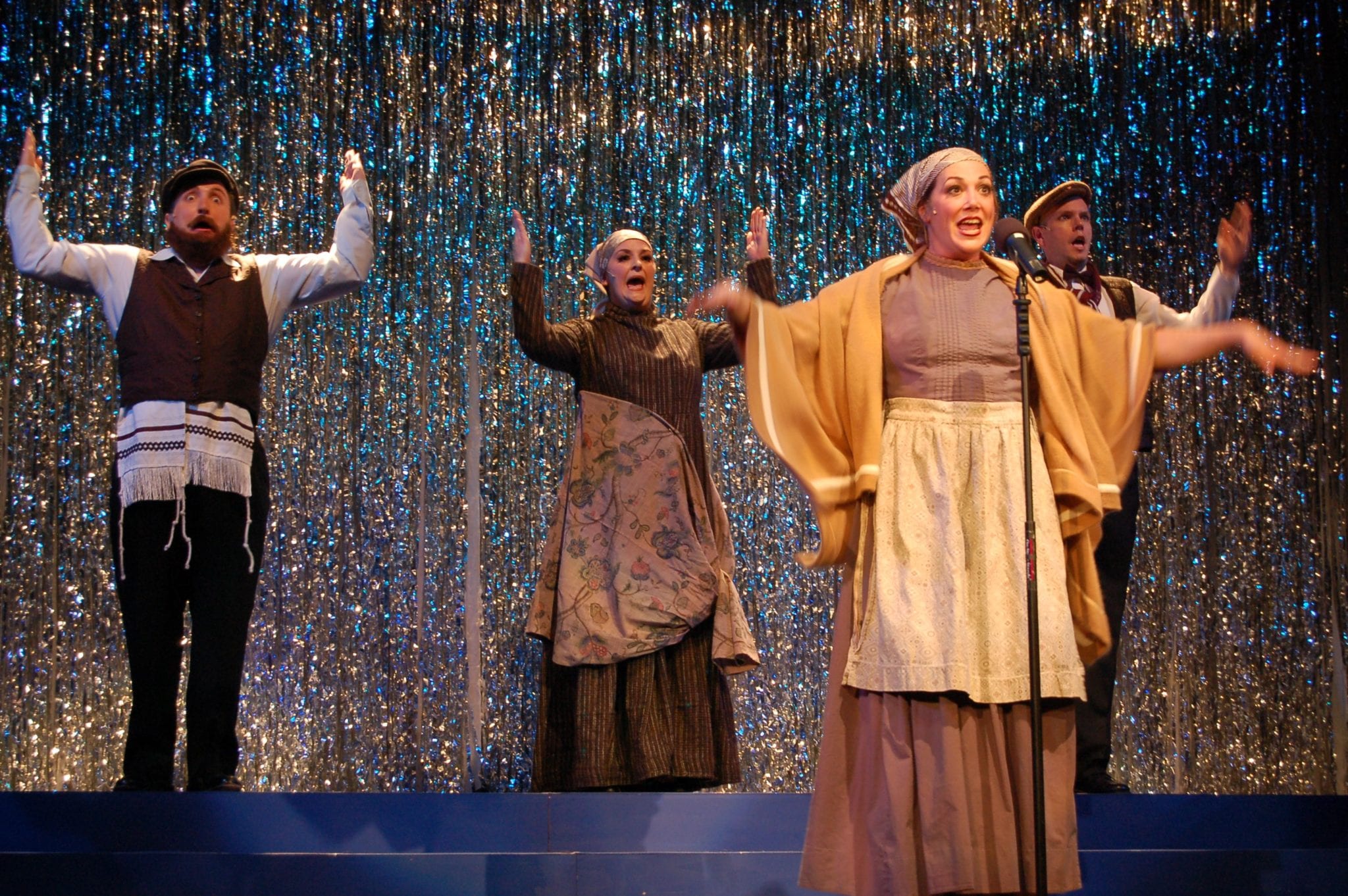 As the emotive Patinkin, Farrell goes waaay over the top, singing “Somewhat Overindulgent” to the tune of “Somewhere Over the Rainbow.” The spoof of “Les Mis” seems to run almost as long as the show itself, with the performers stuck on the revolving turntable, unable to get off. Also getting the needle: “Fiddler on the Roof,” “The Lion King,” “West Side Story,” “Cats,” “Phantom,” “Mamma Mia,” “Hairspray” and even “Spider-Man: Turn Off the Dark.” That last one doesn’t get a whole song (who would appreciate it?), but at least a quick throwaway joke, which shows that some effort went into keeping this fun little production as current as possible.