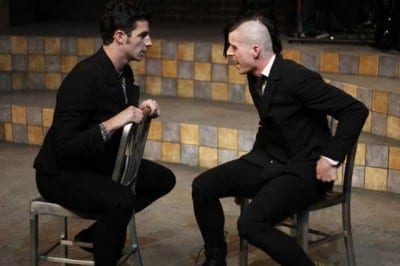 Review: Actor’s Express roars back to life with “Spring Awakening”

How to put rock music into a Broadway musical — and the more pressing question of how to get young people to buy pricey Broadway tickets — are issues that have confounded crusty old theater producers for generations. Putting electric guitars and a strong beat into “The Phantom of the Opera” and “Les Miserables” might have made grandma feel edgy, but generally they made young people retch. Hits such as “Hair” and “Rent” have proved few and far between, almost one-offs. It felt like a revelation, then, to find that 19th-century German schoolboys discussing atheism and facing abuse by their Latin teacher could effectively culminate in rousing, foot-stomping musical numbers by pop star Duncan Sheik. 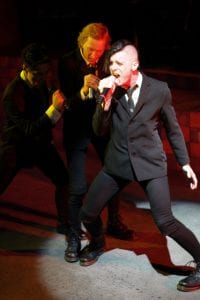 The group of German youths in Frank Wedekind’s 1891 play “Spring Awakening” face nearly every problem in the book: abuse, sexual awakening, confusion, isolation, academic pressure, failure, suicide, abandonment and so on. It’s grim stuff, and the play has a preachy edge, something about the importance of sex education. But its slowly accumulating series of vignettes are compelling, the problems are depicted with humor and pathos, and the whole shebang is surprisingly adaptable to the rock musical format. If it works, it works: don’t ask too many questions.

There’s a meta-narrative to “Spring Awakening.” Actor’s Express suffered deep financial distress last year, so this feels like an underdog’s defiant, triumphant return. It was troubling to contemplate what the Atlanta theatrical scene might be if suddenly made Express-less, so it’s nice now to sit back and enjoy the new show.

Sheik’s score tends to be stronger on the upbeat and group numbers, but the young cast here has a real facility with the ballads and downtempo songs, giving them clarity and intensity: it balances out a show that could easily have become lopsided. The three principals — Greg Bosworth as Moritz, Kylie Brown as Wendla and Jordan Craig as Melchior — are excellent. Bosworth nails his character’s uncomfortable adolescent angularity; he’s all spiky elbows and knees that stick out even when he’s just sitting in a chair.

The male cast members seem to have more to do than the women, and their costumes — punky 19th-century schoolboy suits — are cooler, so they have an unfair advantage. Craig in particular shines in some of the music’s big moments, and he’s also adept at particularizing what could easily descend into melodrama. 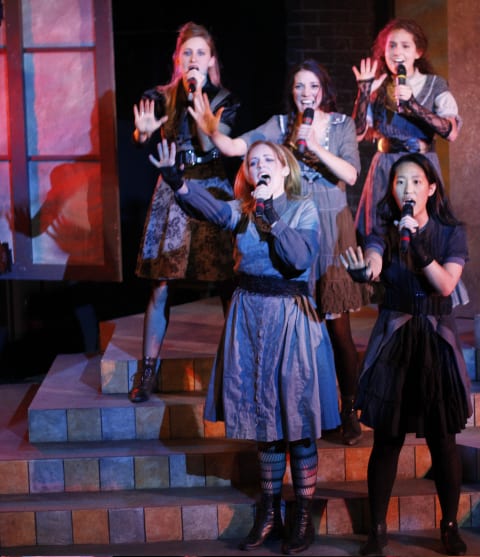 The entire cast’s ability to give the spoken drama intense and nuanced readings helps such moments stand up to the noise and vigor of the musical numbers. Most of the scenes of the original play take place during episodes of quiet, if troubled, retreat, and these have to be sold effectively if the music isn’t to seem totally intrusive.

Theater-goers who aren’t fans of musicals won’t be entirely won over by “Spring Awakening.” (To those who don’t respond to them, musicals always seem as if they’re trying to enforce a sort of imbecilic, communal bliss.) But lovers of musicals will be very happy indeed, and fans of recent fare such as “Glee” and “Rent” will be so ecstatic they’ll need to be carted out on stretchers. If Ashley can fit the adequate number of gurneys into the lobby, “Spring Awakening” and its long run through early October should be a much-needed and well-earned hit for Actor’s Express.