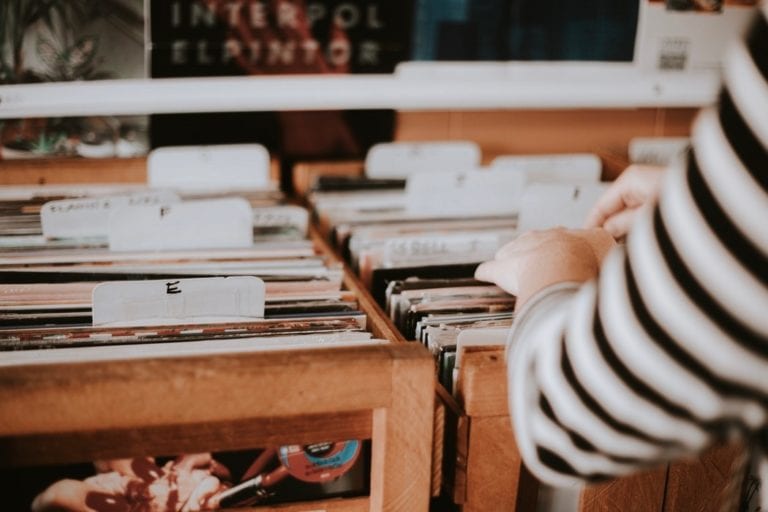 Record Store Day 2019 in Atlanta: something old, something new

Well, folks, it’s the greatest day of the year: Record Store Day. This Saturday, various record stores across ATL will show off their inventory of vinyls, CDs, cassette tapes and more. While you dig through crates, ARTS ATL would like to remind you to remember the locals.

A trusted team of music scribes has compiled a list of recommended albums. From timeless old-school picks to new kids on the block, these records have made major noise in the music scene. Keep in mind our list is only a few of the many talented musicians our city possesses — keep digging and keep your eyes (and ears) open.

To make your Record Store Day adventure even easier, we’ve also compiled a few of the top record shops around town here. And if you want even more options, take a peek at ARTS ATL‘s top records of 2018 here. — Lauren Leathers, Music Editor

Smoke was the poster child for the Cabbagetown music scene in the ’90s that produced Cat Power, The Jody Grind and other legendary Atlanta bands. Fronted by Benjamin Smoke, with his raspy Tom Waits-like voice and hipster lyrics that openly displayed his demons, Smoke’s instrumentation included a banjo and cello. The songs are quirky, fun and esoteric — there’s an ode to actor Luke Perry’s feet. Smoke was also one of the most significant and influential bands Atlanta has ever produced. Benjamin was a tortured voice who laid his demons bare in his often beautiful songs. — Scott Freeman 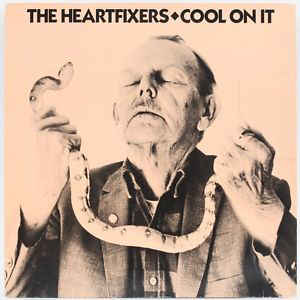 From the iconic album cover that shows a snake handler lost in religious rapture, to the sizzling guitar work by a very young Tinsley Ellis, The Heartfixer’s debut studio album established the band as a rising force on the blues wave launched by the emergence of Stevie Ray Vaughn. This remains one of Ellis’ signature moments on record. The slow churn of “Time To Quit” is one of his finest songs and guitar performances. And Ellis plays a haunting slide guitar on his version of Leo Kottke’s “Sailor’s Grave On The Prairie.” — SF

Chan Marshall, better known as Cat Power, is one of the rarities that falls under both something old and something new as far as music recommendations go. Born and raised in Cabbagetown, Cat Power became one of the most notable voices to come from Atlanta. Of all the musicians immersed in the Cabbagetown sound, she’s the only one to have made a national impact. Her debut album, Dear Sir, wasted no time putting her demons on display for the world to see. Her latest album, Wanderer (2018), continues with the same notion that makes Marshall one of the most alluring acts to date. — LL 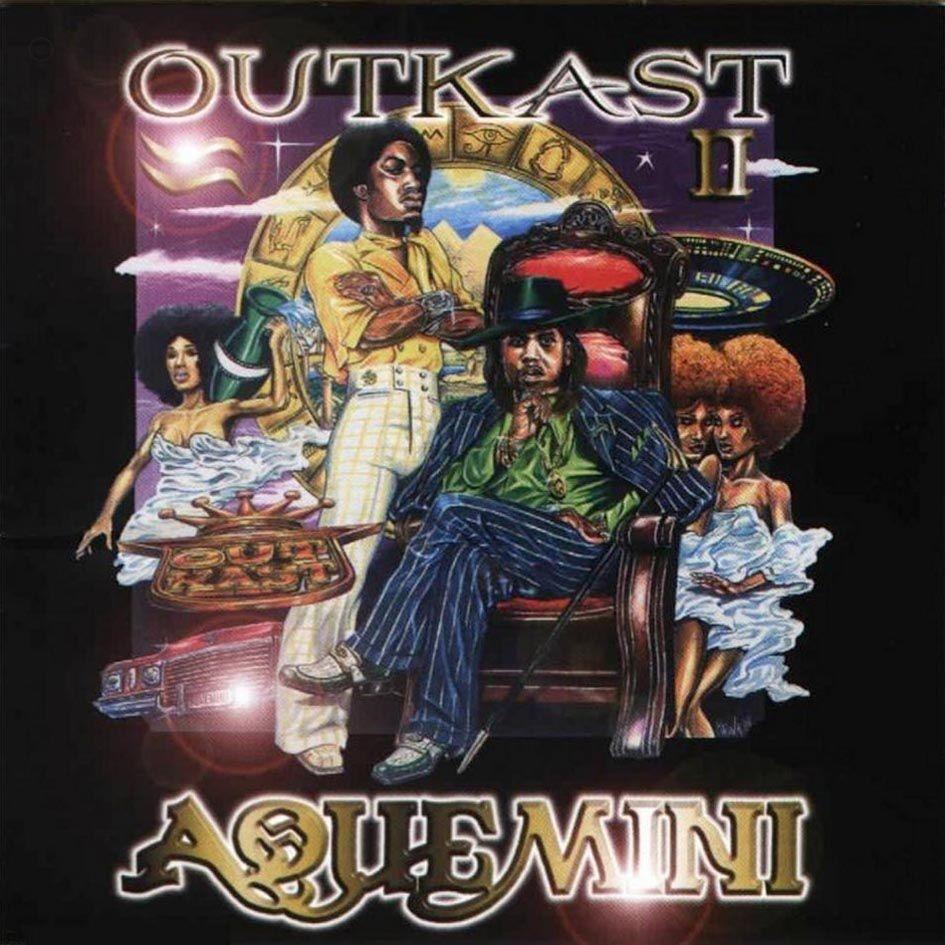 Twenty-four years ago, Andre 3000, one half of the duo Outkast, stood on stage at the Source Awards and shouted, “The South’s got something to say” after being awarded Best New Music Group over a barrage of boos from a widely based New York rap audience. Forgiven, but not forgotten, three years later, Outkast released their most critically acclaimed album, Aquemeni. Finally, northern peers were ready to listen. Pulling samples from groups like Earth, Wind & Fire, releasing controversial singles like “Rosa Parks” and utilizing every instrument they were able to get their hands on, Outkast finally created a sound that was universally appreciated. Outkast not only proved to the rap industry that yes, the South does have something to say, but also that when done correctly, hip-hop can impact the entire world. — artlessBrandon

Many credit this live album as the unofficial kick-off of the jam band movement, and it was Hampton’s closest brush with stardom. There’s a reason for that. The album established Jimmy Herring as a burgeoning guitar hero. Bassist Oteil Burbridge would go on to play with the Allman Brothers Band for a decade. Sitting in with ARU was keyboardist Chuck Leavell, early in his tenure as pianist (and now music director) for the Rolling Stones. — SF

As one of the first Atlanta new wave bands to ink a national recording contract, The Producers seemed poised for stardom. They wrote tight, concise pop songs that were smart and witty (“What’s he got that I ain’t got? / He’s got you / That’s what he’s got, that’s what he’s got.”) and well-played. The band never broke out nationally but became one of Atlanta’s most popular groups. The Producers are still together and still perform nearly 40 years after their heyday (including an upcoming two-night stint at City Winery May 17–18), and that’s longevity. — SF

Kelly Hogan The Whistle Only Dogs Can Hear (1996)

This album turned out to be Kelly Hogan’s swan song to Atlanta when she moved to Chicago not long after its release, but what a way to go out. Hogan was the singer for The Jody Grind, the Cabbagetown band that was on the verge of national prominence when two members of the group died in a wreck on their way home from a gig. The Whistle Only Dogs Can Hear is a survivor’s album, with fragile songs that deal with loss and death and love. Hogan’s voice is bold, vulnerable and unforgettable. She’s since gained prominence as a featured member of Neko Case’s group, but this record is Hogan at her most elemental and essential. — SF

Michelle Malone Hello Out There (1997)

Over the past two decades, Decatur’s Michelle Malone has embraced a blues rock sound that recalls the vintage Rolling Stones. Hello Out There stands unique in her expansive catalog. In many ways, it’s her Beatles album: a collection of well-crafted pop songs with often dark and haunting undertones. The sweet love song “Sleepy Sunday Morning” (with harmonies from Emily Saliers) is her McCartney, while the psychedelic edge of “Super Ball” is pure Lennon. And “Hospital Song,” with its stark matter-of-fact narrative, is one of Malone’s masterworks. — SF

Designed to Break explores the darker edges of an increasingly digitized world. The record, disguised in glimmering electronics and indulgent synth-pop tropes, is a dystopic look into the dilemma of trying to achieve authentic connection through the cold aluminum of our devices. Everything from sadistic call centers to tech-age isolation finds its way into the narrative, at times pointing the finger outward while addressing contradictions within the human psyche. Breathers brings vulnerability, honesty and hope that there is something more to this jumbled, fractured life. — Jake Van Valkenburg

Deerhunter Why Hasn’t Everything Already Disappeared? (2019)

On Deerhunter’s eighth album, Why Hasn’t Everything Already Disappeared? (4AD), the band creates beauty out of our current moment. “I go around and feel how it fades / I walk around and I see what’s fading,” sings frontman Bradford Cox on the harpsichord-driven album opener “Death in Midsummer.” Taking cues from classical auteurs like Steve Reich and leaning into the more airy and extravagant sounds of their music, the record’s a sonic leap from their usual work. But it still maintains the existential curiosity that pervades Deerhunter’s career. — JVV

The Ides of June found a perfect medium that blends raspy, blues vocals with classic rock ‘n’ roll guitar. The four piece debuted in 2016 with Exist!, which touched on grunge rock sounds. Since then, the group has shown major growth with its latest record, Stop, Rock ‘n’ Roll. The album plunges into blues rock without sacrificing the familiarity of ‘90s grunge. The record begins with a ripping guitar solo into the first track, “Mercy.” There are plenty of upbeat tunes throughout, all sandwiched between the first track and the final track, also titled “Mercy (Acoustic).” Ending on a calmer note shows off the softer, more sensual side of the group and ultimately shines a light on the overall musical prowess. — LL

Marian Mereba, better known as Mereba, has made waves in the Atlanta art scene for more than a decade. But when listening to her latest album, The Jungle Is the Only Way Out, the average listener would have to believe that she’s been singing, writing and strumming her guitar since James Brown was gyrating on Auburn Ave. Singles like “Stay Tru” and “Heatwave” sound as smooth and comforting as shea butter on a Sunday morning. Mereba finds the strength to out-pen some of hip-hop’s best new acts on her last verse of the 9th Wonder-produced track, “Black Truck.” — artlessBrandon

The Coathangers The Devil You Know (2019)

Garage punk has never sounded fiercer than on The Coathanger’s sixth record, The Devil You Know (Suicide Squeeze Records). Since their self-titled debut in 2007, the trio’s made a name for themselves with irreverent, riot girl sound that brings issues of gender violence and corruption to the forefront. The Devil You Know provides a sharper sound with scorching guitar hooks and sardonic vocal harmonies that invite both dance and discourse. From slow-burn rocker “Crimson Telephone” to confrontational “Hey Buddy,” the record’s a testament that after over a decade of performing and writing music, they’re still leaders of the pack. — JVV

Otaku Punk is the latest release of Atlanta synth-pop wizard and lovable anime kid Delorean Gray, whose Earth name is Jacob Chisenhall. It’s the third entry of Chisenhall’s dreamy saga of Delorean Gray, the 27th-century equivalent of a bored millennial lost in a tropical galaxy, plagued by sinister space capitalists. The album is the most polished and cohesive to date. It’s a testament to the melancholic consumption of modern young people — dulled attention spans exhausted by the constant bombardment of technological distractions. But the grass is always pinker on the other side of the universe, and Otaku Punk sees our protagonist face his toughest opponent yet: space nostalgia. — Alex Patton

If there’s any proof that the South’s got something to say, it lies in the cosmic improvisations and stream-of-consciousness poetry of Lonnie Holley’s MITH (Jagjaguwar). It’s a landmark record for the self-taught visual artist who gained world renown for his found-object sculptures and paintings that piece together meaning out of urban decay. Guided by Holley’s pained croon, the songs on MITH wade through stories of injustice, dreams left deferred and ultimately holding onto hope in dark times. MITH is full of grief and beauty, a compelling work that showcases the truly idiosyncratic genius that is Holley. — JVV

Nikki & the Phantom Callers What the Daughter Does, the Mother Did (2018)

Dropping a needle on Nikki & the Phantom Callers’ debut seven-inch launches listeners into simpler times with Southern comfort. The vinyl contains two songs: “Prodigal Daughter” and “Mamas Should Know.” “Prodigal Daughter” is a call-and-response duet that seesaws between bassist Anna Kramer and guitarist Nikki Speake. Flip to the B-side for a track that soothes as much as it unsettles. “Mamas Should Know” addresses alternative endings to past life events. — LL

For Material Girls, darkness and chaos are just part of the game. Dressed in brass freak-outs and razor-sharp guitar riffs, the glam-punk quartet’s debut Leather (Irrelevant Music) carries a Faustian air of reckless abandon. However, no matter how manic or jagged the record might lead on, it’s a carefully curated sound that showcases the band reducing rock and punk tropes to their gritty basics. It’s an album that maneuvers with nihilistic ambivalence and brings the debauchery and discord of nightlife to a fever pitch. — JVV

Eighties-inspired goth-pop group Low Valley Hearts released Pictures of Your Mind last year via cassette tape, and it was the perfect excuse for me to get my Sony ’80s Panasonic Stereo Radio repaired. The tape visually reminisces over galactic memories, stories and frivolous thoughts. The album’s lyrics toggle between Russian and English and are often unsettling but always appealing to the ear, making for a truly sublime experience. — LL