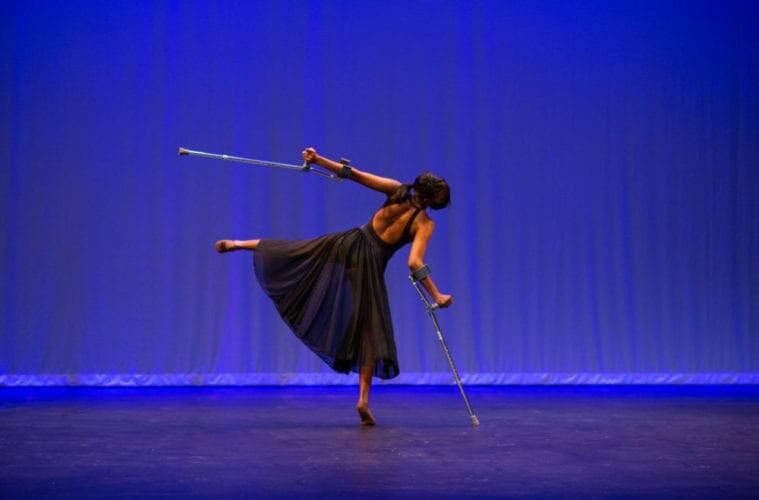 Ellice Patterson (above) founded Abilities Dance Boston, which will debut a re-imagined version of "Firebird" this weekend that is scored by Andrew Choe. (Photo by Robert Torres/Celebrity Series of Boston)

Adaptation is the recontextualizing of old work to new forms. Adaptation is also changing to overcome a challenge. Abilities Dance is doing both with its reimagining of the ballet Firebird.

The Boston-based company features dancers with and without disabilities and has a mission of accessibility for everyone, both onstage and off. With that in mind, it is livestreaming its Wimberly Theater performances at 8 p.m. May 14–15 for a virtual audience. Firebird features an original score by Andrew Choe, the Atlanta-based composer who is Abilities’ music director.

“We decided that we wanted to completely rewrite it so that it fits Ellice Patterson’s vision of what she wanted for Firebird,” Choe says. “So for me, it was starting from scratch.”

Patterson founded and is executive director of Abilities. Scrapping many of the basic elements of a 121-year-old ballet and starting from scratch harkens back to the reasons she began Abilities. 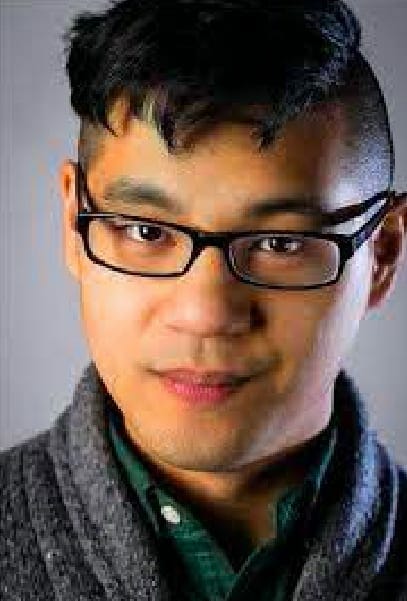 Patterson dances with (and oftentimes apart from) a walker and a wheelchair, and on the company website, she describes seeking performance opportunities and development around Boston, and finding no one willing to take her on, even being told by one choreographer that they would not work with her as this was “a professional company.” So Patterson struck out on her own in 2017, creating a space that would be accessible to all.

That narrative for Firebird comes from Russian folklore and Igor Stravinsky’s 1910 interpretation. In the story, a Prince (Antoine Hunter) captures the Firebird, who gives him one of her magical feathers in exchange for her freedom.

But Stravinsky, this is not. “We have this completely reimagined story, with some elements told from the Firebird’s perspective, which is rarely shown, at least movement-wise, in the classical ballet,” Patterson says.

Choe’s original score incorporates both classical instrumentation, and at key points in the story, heavy electronics, at times resembling early industrial music. “The melodies and the ideas are a little bit more twisted and more contemporary sounding than you’d expect,” he says.

Living with ADHD, Choe identifies as disabled alongside his collaborators in Abilities. He has worked with the company since its founding and values the ethos of inclusivity. When he moved to Atlanta, he found similar like-minded creatives in Full Radius Dance. He hints at there being a collaboration in the works, so Atlanta audiences may be hearing more from the young composer in the future.

For both Choe and Patterson, representation of diverse bodies and identities matters. In the same way that the Firebird gives of its own body to save others, Patterson — in using her body to tell stories — helps to build greater equity in the world of dance, in hopes that the sort of dismissal and rejection she received won’t happen to those who come after her.